Ex-trans: ‘I couldn’t cope any more with being transgender … it made me ill’ 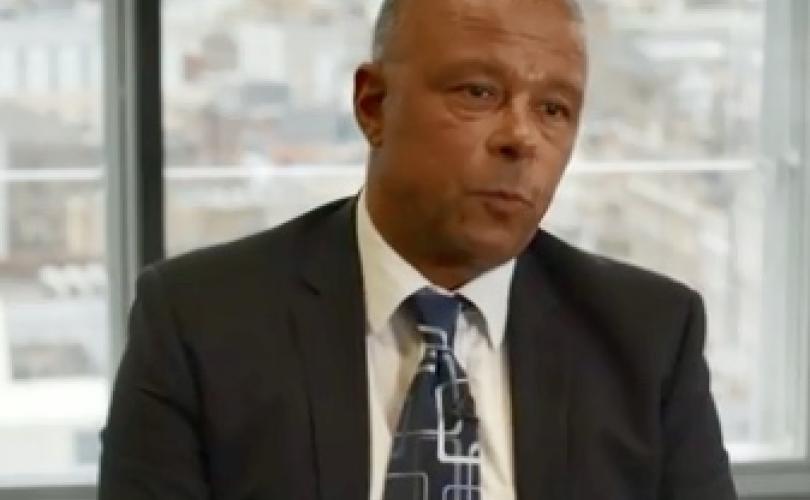 October 18, 2019 (LifeSiteNews) — A man who sought to medically “transition” in order to live life as a woman because he thought it would make him happy has now “detransitioned” after experiencing the opposite result.

“I couldn't cope any more with being transgender,” he said. “It made me ill.”

He also warned that following the current onslaught of childhood “transitions,” “mental health hospitals (will be) full” in the future with those dealing with their regrettable choices.

‘Nobody discouraged or cautioned me’

Peter Benjamin, 60, a father of two adult children, sees himself as the victim of inadequate psychological counseling leading up to his medical transition.

After his second wife died, Benjamin decided to “transition.” The psychiatrist working with him concluded he had no underlying medical problems deserving a closer look.  “But I did,” Benjamin said in a video interview with The Sun.

Benjamin also attended a transgender support group where he was told he was a woman despite not having undergone surgery and was encouraged by a counselor to “carry on down this road.”

Nobody discouraged or cautioned him.

Transitioning does not deal with an individual’s real psychological issues

Benjamin’s experience underscores what some but not all in the medical professions recognize as comorbid pschological disorders that underlie their compulsions to live as a member of the opposite sex.

Walt Heyer, a man who detransitioned years ago and who is now recognized as a leading expert on reverting from transgenderism, has explained that if such disorders were considered and treated adequately, sexual transitioning would probably be greatly reduced. The role of these “comorbid” conditions tends to surface later, as trans individuals begin to question their decision to try to “transition” to the opposite sex.

“We find this out from the ‘regretters,’” explained Heyer. “We don’t find it out early on. We find it out afterward when they’re seeking help … and we find out that these comorbid disorders existed early on.”

Though he felt “euphoric” immediately after his operation, Benjamin soon began to experience loneliness. He had never been same-sex attracted, so an intimate or romantic relationship with a man was out of the question.
In becoming a woman he suddenly found himself alone.
“My anxiety levels were sky high,” he told the UK Times. “I was seeing the doctors for all sorts of problems. My drinking was going up because I couldn’t cope any more with being transgender. I just had to get out of it.”

The Times report continues:
Benjamin had his first inkling that he had made a mistake when he was driven home after the operation by his son and daughter and found himself feeling horribly alone. “They took my suitcase upstairs and then my daughter gave me a hug and then they left. That was the only support I had. There was no follow-up psychiatry — nothing.”

Hopes that he would quickly be accepted in a circle of female friends were dashed. “I hoped to have more female friends, but the opposite happened. I thought, ‘Ladies who lunch, go on holiday, have friends around for coffee,’ but it just didn’t happen.”

After de-transitioning, Benjamin says he once again is surrounded by friends. He also has found himself at home in church.
“All the cross-dressing, all the ‘transgender’ is gone,” said Benjamin. “Completely gone.”

“I feel so much better about myself. I don’t fantasize about it. There’s no lust there anymore,” he said. “I am back to being who I was before … and so that’s how I’m going to live my life now.”

“It is tragic that such a vulnerable man was given a life-changing, irreversible and ultimately devastating operation without his profound mental health issues being addressed properly,” said Andrea Williams, chief executive of the Christian Legal Centre.

“His experience represents a deep and disturbing warning for our society as it is told that the answer to deep-rooted gender identity confusion is hormone prescription and radical surgery,” said Williams, who is considering legal action on Benjamin’s behalf.

Worried about rush to diagnose childhood transgenderism
Benjamin worries that people — especially children — are being too quickly rushed to medical transitioning treatments when their compulsion is being triggered by other conditions such as depression, social isolation, or autism, which are left unresolved.

“We’re going to have mental health hospitals full, dealing with these children who have decided that they are not transgender as they grow older,” he said. “The NHS is going to have such a big burden on it over what’s happening. I am so worried.”

Benjamin’s warning comes just days after a young woman in the UK, who has rejected her former transgender identity as a male, launched a group called “The Detransition Advocacy Network” in order to help the hundreds of young individuals she says have reached out to her who are experiencing regret after undergoing hormonal treatements and surgical procedures.

Transitioning’ is not a cure-all

And last month, a woman in Liverpool proudly claimed that her child “became the youngest trans toddler … at just three years of age.”

Five former employees of the Tavistock Clinic, home to the UK’s Gender Identity Development Service (GIDS) that specializes in treating gender dysphoric youth, have alleged that the clinic had been approving “life-changing medical intervention” for children and teens “without sufficient evidence of its long-term effects.”

They warned against “promoting transition as a cure-all solution for confused adolescents.”
“Given (the) paucity of evidence, the off-label use of drugs (i.e. what they are approved for) in gender dysphoria treatment largely means an unregulated live experiment on children,” said Carl Heneghan of the Centre of Evidence-Based Medicine at Oxford University in an interview with The Times of London.