Towards a greater repression of the sexual exploitation of adolescents

return
A government task force is in the process of concocting a report advocating strong measures of police and judicial repression targeting the client-abusers of vulnerable young minors, often runaways at the hands of unscrupulous pimps. 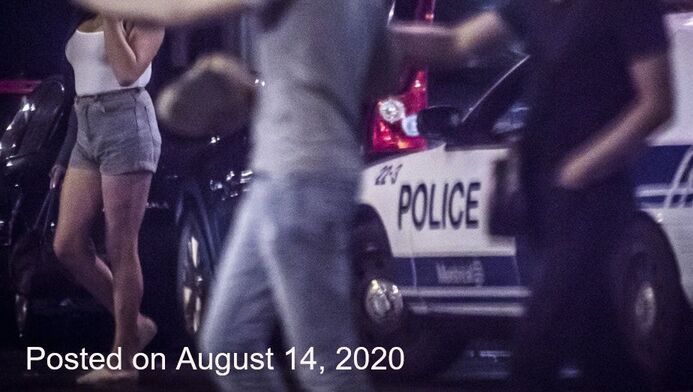 (Quebec) Men who seek sexual services from teenage girls may soon bite their fingers, as may the pimps who exploit them.
A government task force is in the process of concocting a report advocating strong measures of police and judicial repression targeting the client-abusers of vulnerable young minors, often runaways at the hands of unscrupulous pimps.

If the Legault government endorses the content of the report in preparation for the Special Commission on the Exploitation of Minors, clients and pimps will no longer be able to get away so easily, according to information obtained by The Canadian Press.

The task force, made up of 13 MPs from all parties, is concluding its work, which began in June 2019, and will table its final report this fall.

But, for the most part, after having heard in consultation from 77 experts (police officers, doctors, researchers, organizations, etc.) and read some fifty briefs, the commission already has a good idea of ​​the conclusions to be drawn from the exercise
and the recommendations to be made to the government.

"We want to strike a blow," confided in an interview the vice-president of the commission, the Liberal MP Christine St-Pierre.

She is scandalized to see that, as a general rule, clients can, for a few dollars, sexually abuse any young girl, some of whom are only 12 or 13 years old, and this, without any consequence, when it is a question of 'a felony punishable by 10 years imprisonment.

We must therefore expect to see the commission recommend to the government to provide more financial resources to the police services, which would see to form teams dedicated to tracking down and pinning the customers amateurs of “fresh meat”, M me  St-Pierre said.

It is also believed that the sentences imposed on pimps are far too light, particularly when the culprit exploited several young girls. We will therefore recommend that the courts favor cumulative sentences, unlike what is currently happening.

According to Ms.  St-Pierre, there is no doubt that the solution first involves "much, much greater repression" to fight effectively against this type of exploitation, which leaves deep traces, difficult to heal, among the victims, the vast majority of them female.

The business of young girls is lucrative: it is estimated that each of them can bring in up to $ 300,000 per year to their pimp. Reduced to a simple commodity, it itself will often not pocket a penny.

Former police officer, the chairman of the commission, the CAQ member Ian Lafrenière, shares the idea of ​​increasing repressive measures, but he is convinced that it is far from sufficient.

He advocates a more comprehensive approach, with "a range of measures" also focused on prevention, awareness and change of mentality. "We must put the victims at the center of our actions", he sums up, adding that we should not forget the parents, who may feel overwhelmed by events and need help too.

In an interview, he said he was convinced that he would have the support of the government to implement the recommendations of his report and find the necessary funds for their implementation.

He says that when he made a presentation of the committee's work to the CAQ deputies, everyone in the room was “su'l ass”, completely “  shaked  ” by the magnitude of the phenomenon.

Because the phenomenon continues to grow in Quebec, which has become a "hub" for the sexual exploitation of young people in Canada, deplores Mr. Lafrenière, proud to plan to table a unanimous report.

The report will contain four components: communication and awareness, prevention, repression and research.

For her part, Ms.  St-Pierre would like the committee to recommend that the government adopt a national policy to combat sexual exploitation, together with an action plan. But the members have not yet commented on this point.

One thing is certain, the commission will ask the government to make an inventory to document the phenomenon of trafficking in minors in Quebec. It is difficult to quantify this phenomenon, by definition underground. It is therefore not known how many young people fall into the trap of sexual exploitation. Funding will be requested to conduct research in this area.

To effectively tackle this scourge, Mr. Lafrenière believes that demand will have to be reduced, by initiating a change in mentalities, through awareness campaigns and better sex education for young people.

To reduce the supply, victims and their relatives will need to be better supported. We are thinking of proposing to create a one-stop-shop, where all the services and support resources available would be listed.

We will also campaign so that these teenage girls can be officially recognized as victims, which would give them access to the compensation program for victims of crime (IVAC). This could help prevent them from relapsing into prostitution, once they have come out of the clutches of their pimp.

Psychological help could also be offered to help them rebuild.

We will also focus on the training of professionals called upon to work with young people, teachers and nurses, to equip them to detect adolescent girls who have been transformed into sex slaves or who are at risk of being so.

We also want to demand that more stable funding be guaranteed for victim assistance groups.

At the same time, better federal-provincial coordination will be desired, in order to increase the strike force.

According to the consultation document produced by the commission, it is estimated that a man seeking sexual services from a teenager can find them in more than 600 establishments in Quebec, and especially in the metropolis, where there are some 330 places related to the sex industry: dance bars, massage parlors and escort agencies.

Social networks play a key role in facilitating the recruitment of vulnerable girls and clients.

Traveling, the commission traveled to Montreal, Quebec and Val-d'Or.
up