Facebook Seeks Out Relationships With Churches, Houses of Worship for “Global Faith Partnership” 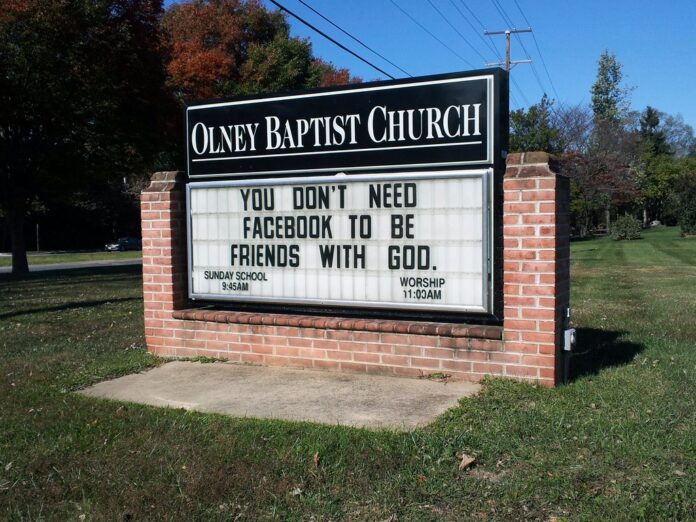 Big Tech giant Facebook is working to cultivate relationships with churches as it hopes the platform will increasingly be employed as a platform by houses of worship to conduct virtual services, church business, and network with congregants.

A recent piece in The New York Times, “Facebook’s Next Target: The Religious Experience,” detailed how the tech giant has been working with churches and other religious organizations, even providing close support for megachurch Hillsong as they prepared to open a church in Atlanta, Georgia.

“Facebook, which recently passed $1 trillion in market capitalization, may seem like an unusual partner for a church whose primary goal is to share the message of Jesus,” the outlet noted.

“But the company has been cultivating partnerships with a wide range of faith communities over the past few years, from individual congregations to large denominations, like the Assemblies of God and the Church of God in Christ.”

While Facebook sought to provide churches with a means of providing virtual services to their flocks amid the pandemic, they are now working to establish themselves as a “virtual home” for churches even as in-person services resume.

“The partnerships reveal how Big Tech and religion are converging far beyond simply moving services to the internet,” the Times notes. “Facebook is shaping the future of religious experience itself, as it has done for political and social life.”

Somewhat ironically, the Times notes that this comes as Facebook seeks to repair its relationship with Americans at large, who have lost trust in the platform as it is perceived as a home for misinformation. It does not mention concerns shared by the conservative movement as a whole, which encompasses a great many Christians, that the platform has antagonistically applied it’s subjective community standards to faith-based pages such as our own.

All the same, the outlet is courting the faith community and promising to provide a platform where anyone who may be seeking religious fellowship can find it — at the tip of their fingers.

“I just want people to know that Facebook is a place where, when they do feel discouraged or depressed or isolated, that they could go to Facebook and they could immediately connect with a group of people that care about them,” the tech giant’s director for global faith partnerships, Nona Jones, told the Times.

“Faith organizations and social media are a natural fit because fundamentally both are about connection,” Facebook CEO Sheryl Sandberg said last month at a “virtual faith summit” which the Times said resembled a religious service and even featured “testimonies” from various faith leaders from Imams to Catholic Bishops as to how the platform had enhanced their religious services.

“Our hope is that one day people will host religious services in virtual reality spaces as well, or use augmented reality as an educational tool to teach their children the story of their faith,” she also said.