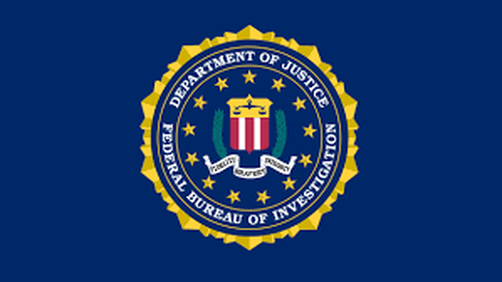 Online gaming is one of the world's fastest-growing entertainment industries. While many players log on looking to battle with friends, speed through a simulated race track, or even build a virtual world, there's a seriously dangerous aspect to gaming.

A new FBI campaign, It's Not a Game, warns parents that sexual predators consider these platforms "hunting grounds."

CBN News checked out a popular gaming platform to get a clearer picture of what children may encounter. Within minutes we found a publicly available chat that included explicit language and even avatar pornography.

"Unfortunately wherever children are, predators are lurking. So when you have kids on social media or video games, particularly when there's an interactive element, you're going to find predators there," warns Lina Nealon, Dir. of Corporate Strategies and Strategic Initiatives for the National Center on Sexual Exploitation (NCOSE).

"Big Tech is not designed for children and they know that and they're taking advantage of that," Nealon told CBN News.

In the summer of 2020, FBI analyst Chris Travis noticed a trend in several child exploitation cases.

"These perpetrators were using online gaming platforms to open communication with the children. So, to identify basically their targets, to start communication with them, begin that grooming process and then woo them over to other applications, where they can then have video and picture sharing capability," Travis told CBN News.

Once on a social media app, the suspect would push the child to send photos, getting increasingly aggressive.

"Our kids in this country who are sex trafficked, this is the number one way it happens. It is a meet online, it is a runaway, it's a convincing somebody to leave. It's not taken, it's not the white van pulls up, scoops the kids up, and putting them in a dungeon. It is kids voluntarily leaving and not realizing what they're going into," said Kevin Branzetti, an NYPD veteran and co-founder of the National Child Protection Task Force.

"We are a group of professionals. Law enforcement, private sector professionals. All volunteers, not one of us is getting paid. And what we offer is an on-call service to law enforcement. So if there is a case where 14-year-old girl meets creepy guy online and disappears in the middle of the night, and maybe there're only a few small tracepoints that are out there, we'll throw in any assistance we can," Branzetti explained.

After more than a decade working in cyber investigations, Branzetti says some of the same technology he uses to find missing kids, could also help prevent them from ever being targeted. It all has to do with the personal data collected
by the websites, social media platforms, and apps we use.

"They want to build information on me to advertise to me. So they know I'm a 50-year-old man in New York,  so they want to send ads that fit me. They don't want to send me ads for a restaurant in New Delhi because that's not gonna help their business. So they learn a lot of information about us, store it so they can send us ads. Well, it happens on these sites too...so if you have a group of people talking and you know this is a teenager, this is a teenager, and that's the 50-year-old guy; it's there, it's available," Branzetti told CBN News.

While Big Tech companies may have that information, they don't currently use it to keep their spaces safe for children.
Nealon is on a mission to change that.

"We're asking these corporations to default to safety, default all of the safety controls...and we know that these technology companies can be using emerging technologies like AI, for example, to be more closely monitoring to see what is happening on these chats, looking for grooming behavior, looking for sextortion. And again, proactively intervening when appropriate," Nealon said.

While she's making progress with these companies, it's a slow process. So in the meantime, parents need to be vigilant.

The FBI's campaign is aimed at educating parents and children about these online threats,
but also about the controls available to secure their devices.

Still, kids are digital natives and controls may only go so far.

Chris McKenna, the founder of Protect Young Eyes, says building a strong relationship with your child is one of the best forms of protection.

"It has to start relationally. That's by doing technology with them, that's what we call 'co-play', it's copy me, modeling, right? It's being curious instead of condemning, it's having conversations about everything and probably two years before you want to, and then, it's having a posture of coaching instead of controlling," McKenna told CBN News.

All of these experts stress not to attempt banning your child from the internet. For one, it's not realistic. Instead take more control over what they can access, in order to stop unwanted access to them.