A first leaders' debate on September 8 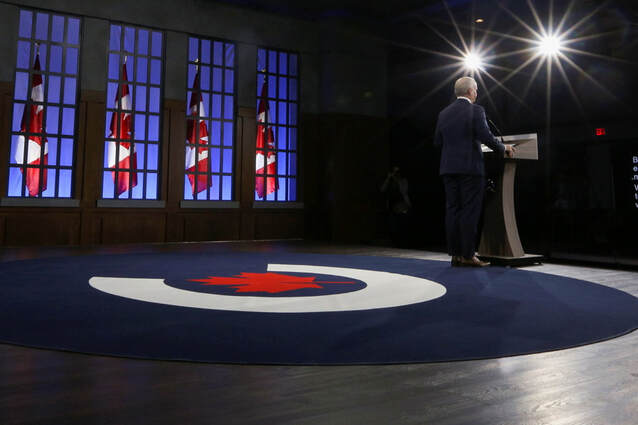 The leaders' debates will be held at the Canadian Museum of History, in Gatineau, in French and English.
Hosted by Patrice Roy, the debate in French is scheduled for Wednesday, September 8 from 8 p.m. to 10 p.m. The host of Téléjournal Grand Montréal 6 p.m. on Radio-Canada will be accompanied by journalists Hélène Buzzetti (Les co-ops de l'Information), Guillaume Bourgault-Côté ( L'actualité ), Paul Journet ( La Presse ) and Marie Vastel ( Le Devoir ) .

The debate in English will take place the next day, Thursday, September 9 from 9 p.m. to 11 p.m. (EDT). It will be moderated by Shachi Kurl, President of the Angus Reid Institute. Journalists Rosemary Barton (CBC News), Melissa Ridgen (APTN News), Evan Solomon (CTV News) and Mercedes Stephenson (Global News) will also be on hand.

The themes that will guide the debates will be unveiled three days before the broadcast.

The leaders' debates will be broadcast in both official languages ​​and offered simultaneously in LSQ (langue des signs québécoise) and ASL (American Sign Language), as well as in six Indigenous languages.