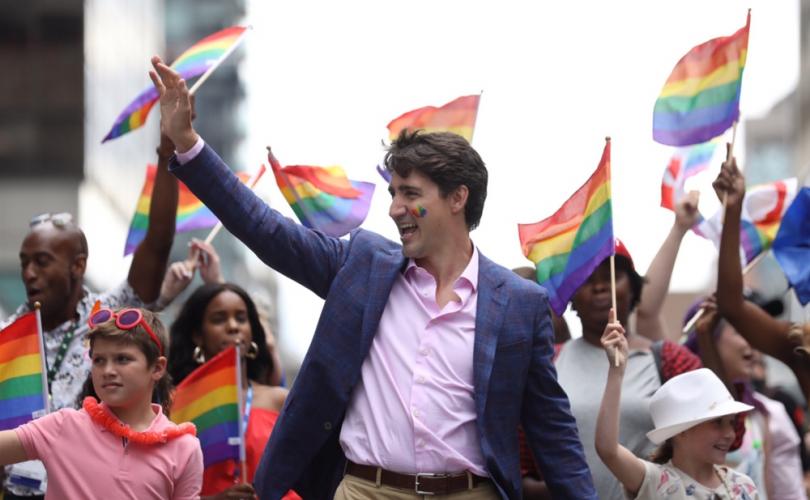 October 18, 2019 (LifeSiteNews) — As the sexual revolution approaches total victory in the West, the latest battleground in the culture wars has begun to centre on the colonization of childhood. In the last few years, there has been a tremendous effort on the part of the LGBT movement and their allies in politics, the media, and the entertainment industry to begin introducing the tenets of their ideology to children at younger and younger ages.
Those who oppose this, it almost goes without saying these days, are damned as bigots.

In sex education classes in Canada, for example, children are taught that gender is a spectrum, with a handy “gender unicorn” to help them “break the binary” and understand that you can choose to be the opposite gender if you wish to identify that way. Many public schools mandate support for Pride Month, with the rainbow flag flapping above the school for the entire month of June. Public libraries now stock scores of children’s books featuring LGBT couples, transgender crayons (I’m not kidding), and even workbooks to help children become
“gender transcenders” and banish “transphobia” from their lives.

Most disturbingly, in the past couple of years, this has gone even farther, with Canada’s state broadcaster promoting so-called “drag kids” in a feature-length documentary and drag queen story hours — which have been praised by at least one prominent advocate of pedophilia — being held for audiences of children. The LGBT movement wants to indoctrinate children, from children’s movies to the public library to the classroom, and its soldiers have been stunningly successful in a very short period of time. It can now be taken for granted that children will encounter LGBT ideology unless parents take specific and intentional measures to prevent it.

And that is why I found it encouraging that at least some politicians in some places appear to understand that this colonization of childhood needs to be confronted and prevented. According to Gript, an Irish media organization, the Polish government plans to pass legislation designed to combat this ongoing indoctrination and the increasingly sexualization of children:

Poland’s Law and Justice party (PiS) has begun drafting a bill that would criminalize “the promotion of underage sexual activity”, amid fears that sex education in other jurisdictions is leading to the early sexualisation of children.

Schools in Poland do not offer sex education classes, instead focusing efforts on preparing students for “family life”, although certain cities run by liberal parties have allowed sex-education programmes to be offered.

Protests against the bill are planned on Wednesday in a number of cities, but with last Sunday’s comprehensive electoral victory for PiS, it seems likely that any legislation that is brought forward will pass.

Critics have said that PiS are simply trying to “outflank” far-right parties in their appeal to traditional Catholic voters.
Here in Canada, unfortunately, there is no mainstream political party willing to stand up to any of this. After promising to do away with Liberal premier Kathleen Wynne’s radical sex curriculum — especially the dangerous gender ideology it contained — Progressive Conservative premier Doug Ford backed down, and the revised curriculum is nearly indistinguishable from the previous one on some of the most important issues. Almost no politician has been willing to come out and push back against gender ideology in schools at all, and I very much wonder how many politicians would, at this point, be forthright enough to utter the simple sentence “Women don’t have penises.”

The fact that saying something like that is considered by many to be political suicide — even for apparently conservative politicians — is a brutal reality check. Canada’s public schools are in the business of indoctrinating children, and there are very, very few people willing to stand up and demand that children be permitted to have a childhood unmarred by the confusion inevitably created by gender ideology. Those who wish to protect their children from this have only one choice: take responsibility for the education of your children, and, if at all possible, keep them out of the public school system.

Jonathon’s new podcast, The Van Maren Show, is dedicated to telling the stories of the pro-life and pro-family movement. In his latest episode, he interviews Laura Klassen, the founder of CHOICE42, a one-of-a-kind pro-life organization that uses sarcasm, perfect comedic timing, and a healthy dose of truth to create viral pro-life videos designed to force even the most committed pro-choicers re-think their basic presuppositions.
up
Thank you for your visit