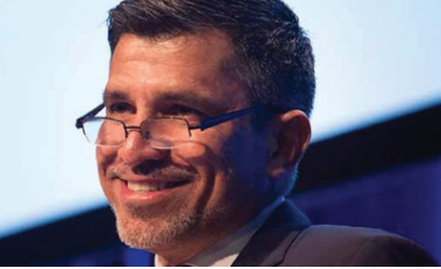 New York,  (C-Fam) A new report that has just been transmitted by the Secretary-General to the United Nations General Assembly calls for criminal sanctions against anyone who criticizes gender theory, sexual orientation, gender identity and even sex education.

The September report, produced by an independent expert, Victor Madrigal-Borloz, working under the aegis of the Human Rights Council, says there is a substantial "backsliding" against the progress of human rights made by homosexuals, transgender people and that this threatens and enables violence against these people.

Madrigal-Borloz notes that this reaction stems from a "rapid rise of ultra-conservative political leaders and their religious groups using their platforms to promote bigotry, the dehumanization of people... and promotes stigma and intolerance among members of their community."

Madrigal-Borloz cites a report that claims that "anti-sex" groups in the United States raised $6.2 billion between 2008 and 2013 and that these groups raised $1 billion worldwide to fight the rise of LGBT rights. The report comes from the Philanthropic Project, a coalition of left-wing foundations, two of which – the Ford Foundation and the Arcus Foundation – have a combined management of $14.7 billion in financial management. The "anti-gender" group mentioned in their report is
the International Organization for Marriage which raised only $247,000 in 2019.

Madrigal-Borloz argues that these views "create a significant risk to the pursuit of women's rights and may foster violence and discrimination based on sexual orientation and gender identity." He cites efforts in the United States to ensure that boys confused about their sexual orientation do not play in women's sports.

The report refers to these beliefs as "narratives of exclusion" that pretend to hate hate speech and even violence. These narratives "exploit preconceived ideas, stigma and prejudice to create an atmosphere of panic and moral concern and create the risk of perpetuating violence and discrimination."

Madrigal-Borloz calls on UN Member States to "take decisive and concerted action to combat exclusionary practices that threaten to undermine international, regional and national human rights and gender standards..." Specifically, it states that "exclusionary practices are not in conformity with international human rights law and must be treated accordingly, including ... placing them within the legal framework of hate speech and hate crimes. "

Last year, Madrigal-Borloz published a report calling for the criminalization of talk therapy regarding attractions and unwanted same-sex behaviors. In this report, Madrigal referred to psychiatrists offering such help as "offenders" (perpetrators).

It should be noted that the United Nations General Assembly has never recognized "gender" as a social construct. In fact, the Rome Statutes of the International Criminal Court, a binding legal treaty dating back to 1998, defined as ' gender' as men and women.

The General Assembly has never recognized "sexual orientation and gender identity" as a category of non-discrimination. International law also does not recognize the concept of "transgender".

The Madrigal-Borloz report is an ambitious document that has no force in law but will certainly be used by other United Nations actors to advance these ideas. It can also be used by national governments to make even criticism of gender ideology illegal.
C-FAM
Austin Ruse
UN Report: Criminalizes Criticism of Gender Theory - C-Fam
UP