Government to receive amended
version of C-11 from Senate 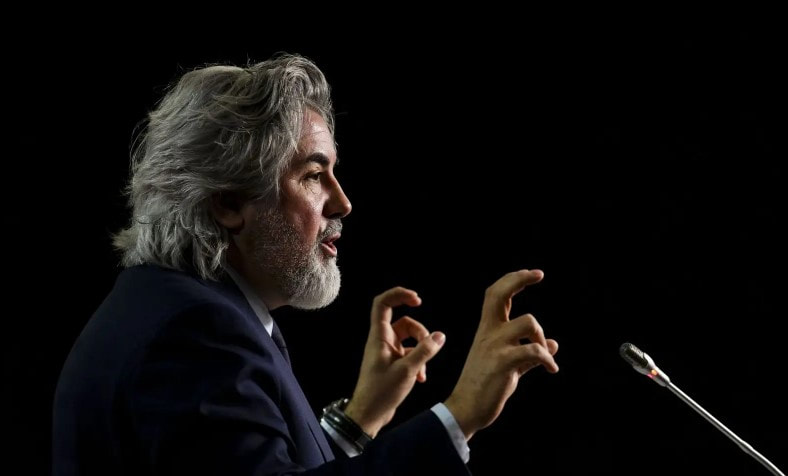 "For the reader, or the listener, it's confusing. I had no choice but to vote for the ban on this kind of advertising," former journalist and former Radio-Canada ombudsman Julie Miville-Dechêne, now an independent senator, told Le Devoir.

The Senate Committee on Transport and Communications submitted its report on Wednesday detailing the twelve amendments to the text of the reform of the Broadcasting Act (C-11). The bill was sent to the upper house last June. It is expected to return to the House of Commons after its third reading in the Senate in February 2023.

Among the proposals retained is the prohibition for Radio-Canada to broadcast advertisements disguised as articles, or the obligation for pornographic sites to verify the age of their audience. Most importantly, the senators on the committee agreed that only professional music on YouTube would be covered by a controversial section of Bill C-11.

"I'm not sure what he's doing in this bill, [the amendment] on Radio-Canada," Rodriguez said at the start of the last meeting of the year with the federal cabinet on Thursday. He declined to comment on the other proposed amendments.

Since its inception in 2020, the Tandem program has been perceived by its detractors as a service for creating ads disguised as articles. Radio-Canada denounced "a troubling interference in the activities of an independent public broadcaster" by the Senate.

The Trudeau government will have to decide after the holidays whether to oppose the compromise reached by the Senate between supporters and opponents of C-11 on content uploaded to YouTube by ordinary Internet users.

An amendment proposed by Senators Julie Miville-Dechêne and Paula Simons narrows the scope of content to be regulated by the Canadian Radio-television and Telecommunications Commission (CRTC). Essentially, only songs that can be played on the radio would now be affected.

Minister Rodriguez has repeatedly assured that the content of simple Internet users, such as YouTubers or influencers, would not be affected by C-11. The law, however, has been interpreted inversely by its critics. The Conservative opposition even saw it as an attack on freedom of expression.

"The way the bill was written, it left a lot of room for interpretation," explains Senator Miville-Dechêne. She said she wanted to reassure the many stakeholders "anxious" not to know whether or not they should comply with the new law.

For platformsPlatforms like YouTube have campaigned against the idea of showcasing Canadian content on the web. They argue that their algorithm, kept secret, would discount an artist in its charts if he were to be highlighted to a Canadian audience that is not very receptive.

The Senate's position is "an effort to try to please the platforms," denounces the director general of the Association des professionnels de l'édition musicale, Jérôme Payette, who preferred the original version of the text.

Minister Pablo Rodriguez said Thursday that he had to discuss the Senate proposals with the other parties, given the context of a minority government. "I think it should be pretty fast," he promised.

The Bloc Quebecois, which has been the Trudeau government's ally in this file to speed up procedures in the Commons, wants the file to be concluded quickly. Asked about this on Wednesday, its leader Yves-François Blanchet
attacked the legitimacy of unelected senators.

Boris Proulx
The government will receive an amended version of C-11 from the Senate | The Duty (ledevoir.com)
up