RETURN
The government 'started giving eviction notices to the dying people in their beds.' 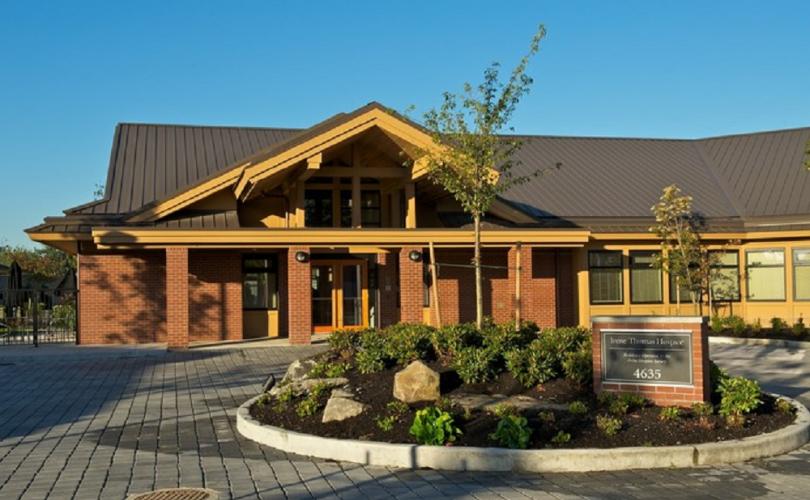 DELTA, British Columbia,  (LifeSiteNews) – A hospice society in British Columbia that refused to allow euthanasia at its palliative care facility since the practice became legal in Canada was evicted from its location of 35 years by health officials.

LifeSiteNews confirmed with the Delta Hospice Society (DHS) president that the society was evicted from its two leased buildings after the Fraser Health Authority cancelled a 35-year land lease. March 29 was the last day DHS was on site.

“In January, Fraser Health came into the hospice with no notification, and started giving out eviction notices to the dying people in their beds, telling them they were going to move,” said Angelina Ireland, president of the DHS, to LifeSiteNews.

“We were made aware of this from the nurses, and then some unhappy families went to the media … we had a lot of negative press and responses blamed unfairly on us that we had caused the evictions, which was not the case. We would never have done such a thing.”

In 2016, the Canadian government legalized euthanasia, or the lethal injection of sick patients, and since that time DHS had been under attack by both the B.C. government as well as euthanasia activists because it refused to allow the practice at its palliative care hospice.

According to the DHS, it has refused to “participate in euthanizing its patients, known as Medical Assistance in Dying (MAiD), because it is committed to Palliative Care which does not hasten death.”

“We believe in the compassionate care and support for persons in the last stages of living, so that they may live as fully and comfortably as possible. This position is consistent with international hospice palliative care associations
and the World Health Organization,” said DHS in a recent email.

Ireland told LifeSiteNews that both its Irene Thomas Hospice and the Supportive Care Centre were taken by the Fraser Health Authority. DHS was given no compensation for its assets, which Ireland says has an estimated value of $9 million.

Early in 2020, DHS was given a one-year notice of the cancellation of the contact service agreement with the Fraser Health Authority.

Toward the end of February this year, Ireland said DHS was given the formal eviction notice that its lease had been cancelled, which she said still had 25 years left on it. It was at that time the last of its two patients left.

“We fund-raised all the money to build the buildings, we built it, they (the government)
did not put one penny into that,” Ireland told LifeSiteNews.

“They will not pay us anything for it.”

Due to their service agreement being cancelled, which Ireland said never included a provision that they provide any sort of euthanasia, the government claimed that because there was no more “relationship” with them, they were in a “sort of land forfeiture.”

Ireland said that this land “forfeiture” was nothing more than a form of “extortion.”

“We felt this was pure extortion, what the Fraser Health Authority did. They set it all up and manufactured
a lease default,” Ireland told LifeSiteNews.

Ireland said that their lawyer tried to negotiate a new lease in the supportive care centre, but the government refused.

“To push us complete from our buildings, they gave us no options to stay there in any capacity at all. We left everything intact in the office, all the equipment is left (in the hospice). That belongs to us, we left it there,” Ireland told LifeSiteNews.

DHS left its supportive care centre vacant and empty. However, according to the society, Delta Mayor George Harvie “is attempting to acquire the Centre from Fraser Health, block the Delta Hospice Society from their own building,
and give the space to a newly formed pro-euthanasia group.”

As it stands now, the DHS is currently operating out of a small office.

Ireland said that there were “clearly” no issues with the buildings, due to the fact it reopened only two weeks after they had moved out.

“We’ve been cancelled, as far as they are concerned, we are dead to them,” said Ireland.

“They took over our work, our property. We are now pushed out of the picture completely.”

The DHS’s second building is currently vacant, however. According to the society, Harvie “is attempting to acquire the Centre from Fraser Health, block the Delta Hospice Society from their own building, and give the space to a newly formed pro-euthanasia group.”

LifeSiteNews previously reported that since April 2020, a local group called Take Back Delta Hospice, with the help of the euthanasia lobby group called Dying with Dignity, have been trying a hostile takeover of DHS through a community membership drive.

Late last year, the DHS launched at nationwide membership drive asking pro-life Canadians to help them stave
off what it called a “hostile takeover” by the euthanasia activists.

While the majority of the board members of DHS are Christians who oppose assisted suicide and Ireland herself is Catholic, the B.C. Supreme Court ruled they could not exclude membership applications from euthanasia supporters, after
activists took them to court to demand they be allowed memberships.

'We were made an example of that nobody else every better resist to provide euthanasia' Ireland told LifeSiteNews that DHS is currently in talks with lawyers to determine next steps.

“We believe we have a case, if we win, they would never allow this precedent to set, and would most definitely appeal,”
Ireland told LifeSiteNews.

Ireland noted that due to high legal fees, DHS is not sure it has “the funds to fight the behemoth of government funded taxpayer lawyers.”

“We are a small charity; we are just 10 beds … We have the inalienable right not to be forced to kill another human being.
This is a constitutional fight as well,” Ireland told LifeSiteNews.

Ireland noted that DHS was made an “example of” by the government that no one “resist in providing euthanasia as a form of palliative care."

“We were made an example of that nobody else every better resist to provide euthanasia because they will destroy you, they will take your assets, and then make sure that you are never able to function as you did previously,” Ireland told LifeSiteNews.

“This is really a crime against human dignity. We want to fight for hospice sanctuary,
for safe spaces for people who do not want to be euthanized.”

DHS still operates a store, The Hospice Cottage Charity Shoppe, which now serves as its main source of revenue.

Ireland told LifeSiteNews that its store’s tax exemption status was recently rescinded by the City of Delta.

“He (Harvie) cancelled our tax exemption status on our store. Mayor Harvie cancelled
this, $25,000 a year in taxes we now have to pay,” said Ireland.

“We refused to be cancelled in the cancel culture. We are going to encourage other people to go and get cancelled as it seems this is the only we can fight back to highlight what is going on.”