Helping children "from the mother's womb until the age of five" 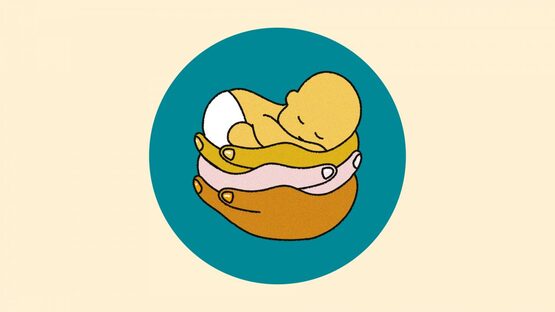 Some children start life with fewer assets than others. Because they are born into a family that is already struggling with poverty, drug addiction, violence… In the early 2000s, Dr. Vania Jimenez and her daughter Amélie Sigouin, an early childhood worker, were sorry for the "little 'real impact' they had on these families. “If they cut off communication with the health system, it was difficult to reconnect with them,” illustrates Amélie Sigouin.

In 2007, after observing what was done in France, in the CLSCs and at Dr. Gilles Julien's (a family friend, who practices social pediatrics), the two women wanted to ensure a follow-up of the children "of the belly. from the mother until the age of five ”. They then created La Maison Bleue, which would bring together under one roof all the resources linked to this innovative approach, called “social perinatal” by the two founders.

The organization, which now has 50 employees, opened its first address in Montreal's Côte-des-Neiges district in 2007. Others followed, in Parc-Extension (2011), Saint-Michel (2017) and Verdun (2020). A fifth is due to see the light of day in early 2023, in Montréal-Nord.
These houses have two floors. On the first floor, living spaces as in any home: the living room, the kitchen, etc. This includes group meetings to discuss, for example, childbirth and preparation of housing to welcome the baby. “The staff take the time to talk to mothers and their loved ones, even without an appointment,” says Amélie Sigouin, Executive Director.

At the second level, medical rooms where health and social services professionals work: family doctors, midwives, nurses, social workers, specialized educators and psychoeducators. “We are therefore more than a care environment,
we are a“ village ”of mutual aid,” summarizes the DG.

The arrival of parents in difficulty at one of the houses results from one in three (34%) of a report made to the staff by a member of the entourage. Sometimes, it is following a recommendation from a doctor (30%) or a social worker (22%), among others from the Direction de la protection de la jeunesse, the YMCA organization or the Info-Santé 811 telephone service.

In 84% of cases, parents' difficulties are related to mental health. It can also relate to significant financial and material needs (79%), a precarious migratory status (47%) or even violence suffered (29%).

In 14 years of existence, nearly 6,000 people (mothers, babies, siblings and spouses) have passed through a house of the organization. The latter derives most of its funding from the Ministry of Health and Social Services, the Marcelle and Jean Coutu Foundation, the D'Amours Foundation and the Foundation of Greater Montreal.

La Maison Bleue does not have the ambition to expand elsewhere than in Montreal. But Amélie Sigouin still cherishes a dream: to inspire other people. “And if we soon saw the birth of Green Houses for mental health or Yellow Houses for homelessness…”, she hopes.