A breakthrough in the fight against homelessness in Quebec 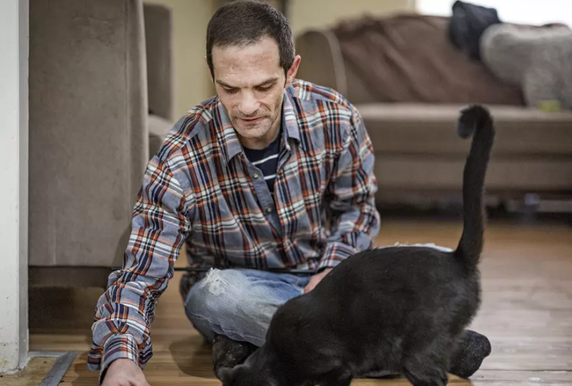 Corey Sawers has been itinerant for over a decade, sleeping where he could and picking up cans for food and speeds . Then, one day, he was offered a roof over his head.

The 34-year-old man, struggling with a methamphetamine addiction, received the keys to a rooming
house in the Saint-Sauveur district in November 2018.

With a gym bag, a few clothes, and not much else, Corey settled into his new room, relieved to finally have permanent shelter. “It's like life gave me a second chance,” he says.

Corey is part of a program called Portes-Clés which has led to a major breakthrough in the fight against homelessness in Quebec.

Launched in 2015 by eight organizations — PECH, Lauberivière, Café Rencontre, Miels-Qc, YWCA, CF3A, PIPQ and L'archipel d'entraide — Porte-Clés gives homeless people access to subsidized housing regardless of their condition. The most recent assessment shows that approximately 80% of the 175 homeless people who have benefited from this program for six years have left the streets.

For Laurie Boivin, worker at PECH, this assessment shows that the “housing first” strategy is one of the keys to achieving zero homelessness targeted by the mayor of Quebec, Bruno Marchand, by 2025. It's really one of the main ways, I think, to reach that target,” she said.

Since having a roof over their heads, says Ms. Boivin, many Key Holder program participants have gone back to work, reconnected with their families, made new friends, formed couples or volunteered.

According to PECH, which coordinates the program, about 90% of Porte-Clés participants had managed
to stay in housing before the pandemic. 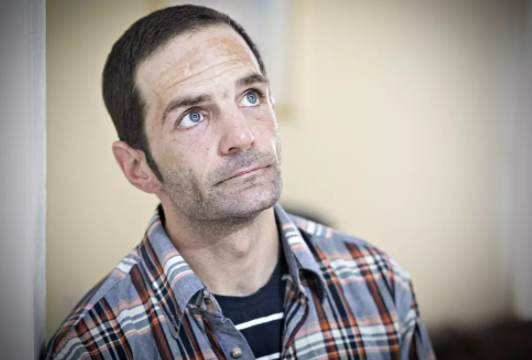 Today, Corey Sawers lives in a small apartment in the Saint-Sauveur district.

THE SUN, PASCAL RATTHEThe Porte-Clés program marked a turning point in the fight against homelessness in Quebec, where there are approximately 545 homeless people, according to the most recent count (2018). For the first time, eight organizations have joined forces around the “housing first” approach.

This approach is based on the idea that it is easier to take control of your life when you have a roof first. “Housing First” is distinct from the standard “staircase” model where homeless people go to shelters and are offered mental health or addictions help while they wait until they are ready to move into housing.

"We start from the principle that everyone has the fundamental right to have a home," explains Laurie Boivin. We don't ask people to be abstinent or to invest in any treatment."

The “housing first” approach is becoming more widespread in Canada. Developed in New York in the 1980s by Canadian psychologist Sam Tsemberis, it is at the heart of a vast campaign in English Canada to end homelessness.

The campaign, called Ready for Zero Canada, brings together 27 “communities” — cities, regions and counties — such as Edmonton, Toronto, Hamilton, Moncton, for example. For the moment, no Quebec city is part of it.

During a recent interview with Le Soleil,  the mayor of Quebec, Bruno Marchand, claimed that the inspiration for “zero homelessness” came to him from Ready for Zero Canada.

Mr. Marchand also mentioned the example of Finland, a country that has placed the Housing First approach at the center of its efforts to eliminate homelessness by 2027. According to a recent report (2021) by the government Finland, homelessness
has been in continuous decline since 2013 in Finland.

The necessary “triangle”As in Finland or English Canada, the Porte-clé program in Quebec does not stop with access to housing.
It also helps the homeless to keep their roof.

For some program participants, support is minimal. "There are some who slept under galleries and, two years later, they are in a subsidized three and a half and it's going number 1," says Jean-Philippe Lapointe, owner of around 300 housing units and rooms downtown. of Quebec and partner of the Porte-keys project.

But for others, the transition from the street to housing is more difficult. “Sometimes the clash is too big,” says Mr. Lapointe. Struggling with a mental health disorder or addiction to drugs or alcohol, some go through crises. Others struggle with housework or invite their friends from the street to hang out and make too much noise for the neighborhood's liking.

For Jean-Philippe Lapointe, it is the “triangle” between the ex-homeless, the workers and the owner that allows the project to work. Over the years, Mr. Lapointe has gone from 2 to 15 rental units in partnership with the Porte-clé program.

An economy?The Keychain program is paid for by public funds. The federal government, a proponent of the Housing First approach, is funding the project as part of Canada's Reaching Home homelessness strategy.

A housing subsidy program from the Office municipal d'habitation de Québec (OMHQ) pays most of the rent for each of the participants in Porte-Clés. The tenants undertake for their part to pay the rent up to 25% of their income.

According to PECH, the project saves taxpayers money. The annual cost of social, health and legal services provided to homeless people with mental illness averages $55,000 per person, according to a McGill University study published in 2017 from data collected in the three largest Canadian cities (Toronto, Montreal and Vancouver).

Corey is still battling methamphetamine addiction. But he is getting better and better. Today, he lives with his cat, Nala, in a small apartment with yellow walls in the Saint-Sauveur district. He does his grocery shopping and takes a liking to cooking.

For the past month, he has been working as a barista in a café located on the premises of PECH. He assiduously follows the Canadiens' games and thinks of playing cosom hockey. He would also like to find a girlfriend.

If he hadn't had a roof over his head with the Keychain program, Corey doesn't believe he would have taken control
of the rest of his life. “I think I would still be on the streets.”