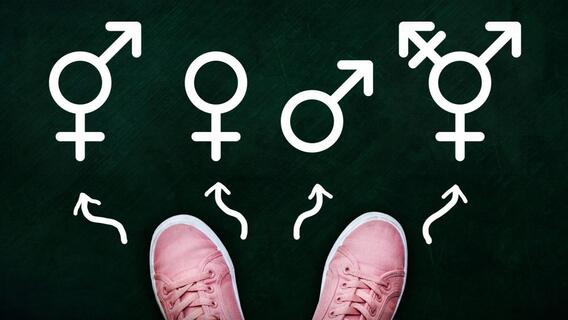 The nation's largest pediatric hospital has announced it has stopped transgender therapies for kids. The move comes after Texas Gov. Greg Abbott ordered the state's child welfare agency to investigate reports of gender-change treatments for children as abuse.

As CBN News reported, Paxton released a formal opinion saying performing certain "sex-change" procedures on children, and prescribing puberty-blockers to them, is "child abuse" under Texas law.
Paxton gave his legal opinion in a 13-page letter to Republican state Sen. Matt Krause, who serves as the chairman of the Committee on General Investigating in the Texas House of Representatives. Krause had previously asked the state attorney general if certain medical and chemical procedures on children constitute child abuse.

In his letter, Paxton noted certain procedures performed on minors such as castration, fabrication of a "penis" using tissue from other body parts, fabrication of a "vagina" involving the removal of male sex organs, prescription of puberty-suppressors and infertility-inducers, and the like are all "abuse" under section 261.001 of the Texas Family Code.

"The mission of Texas Children's Hospital is to create a healthier future for all children, including transgender children, within the bounds of the law... This step was taken to safeguard our health care professionals and impacted families from potential criminal legal ramifications," the hospital wrote in a statement released Friday.

As CBN News has reported, some medical centers around the world are taking a second look at how to treat children with gender dysphoria.

In May 2021, a renowned Swedish hospital announced it will no longer prescribe puberty-blockers
and cross-sex hormones to minors under the age of 16.

"The hormonal treatment of children and adolescents with gender dysphoria may consist of puberty-blocking treatment initiated at the onset of puberty, and cross-sex hormones initiated at the age of 16," the Karolinska University Hospital located in Stockholm said in a statement. "These treatments are controversial and have recently become subject to increased attention and scrutiny both nationally and internationally."

"This makes it challenging to assess the risk/benefit for the individual patient, and even more challenging for the minors and their guardians to be in a position of an informed stance regarding these treatments," the hospital said.

The Karolinska University Hospital is a teaching hospital affiliated with Karolinska Institutet in Stockholm, Sweden, with two major sites in the municipalities of Solna and Huddinge. The hospital network is the second largest in Sweden.

And CBN News has also reported that a growing number of doctors, both in the U.S. and abroad, are questioning claims by their professional medical associations that puberty-blocking drugs are helpful in treating children who are confused about their gender.

In the last decade, dozens of pediatric gender clinics have opened their doors across the country, offering children who question their gender identity a series of medical interventions known by LGBT proponents as "gender-affirmative" treatment.

In 2019, the U.S. Professional Association for Transgender Health claimed in a letter to the U.S. Surgeon General that mental health care for children struggling with gender dysphoria is harmful, claiming it's "likely harmful" to offer psychiatric therapy for confused children.

But some pediatric endocrinologists are voicing concerns about the risk of transgender treatments for children.

In 2020, CBN News interviewed Dr. Paul Hruz, a pediatric researcher at the Washington University School of Medicine, to address these concerns. As an endocrinologist, Hruz specializes in studying the impact of hormones on the body and says parents should, at a minimum, know that the science behind gender-affirmative treatment is still experimental.

"We really have no long-term data in using this intervention in children. We do have short-term studies
that have very serious weaknesses and limitations," he explained.

Although researchers have begun collecting data on these youth, Hruz says it will be decades before scientists fully understand the risks and benefits. "The question that needs to be asked," he said, "if this turns out not to be a good approach,
how many children are going to be harmed?"