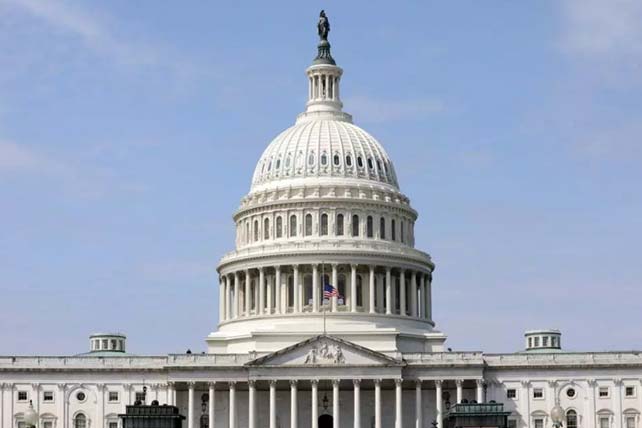 WASHINGTON (BP) – The U.S. House of Representatives voted July 19 to codify same-sex marriage into law with the help of one-fifth of its Republican members and to the chagrin of Southern Baptist leaders.

With all the Democrats and 47 Republicans voting in favor, the House approved the Respect for Marriage Act in a 267-157 roll call. The proposal would repeal the 1996 Defense of Marriage Act (DOMA) and require federal and state recognition of same-sex marriages considered legal in the jurisdiction where they took place.

The legislation still needs to receive approval in the Senate, where it faces the challenge of a 60-vote requirement to gain action on the floor.

Democrats promoted the Respect for Marriage Act in the wake of the Supreme Court’s June 24 overruling of Roe v. Wade, the 1973 opinion that legalized abortion nationwide. Supporters of same-sex marriage expressed concerns a future high court might also reverse the Obergefell ruling and called for a legislative remedy for that possibility.

The roll call demonstrated the difference between the House GOP’s status on abortion and gay marriage. No Republicans voted July 15 for the Women’s Health Protection Act, which would go beyond the Roe decision by prohibiting federal and state regulations of the procedure that were permitted under the 1973 opinion. On Tuesday, 22 percent of all Republican members in the House supported the same-sex marriage bill.

The Southern Baptist Ethics & Religious Liberty Commission “stands firmly opposed to this legislation, and it should not make any more advances in the legislative process,” said Brent Leatherwood, the ERLC’s acting president. “Its passage by the House is yet another reminder of how far our culture has moved away from the biblical understanding of marriage as being between one man and one woman for life and why God’s design for that union is meant for our flourishing.

“Marriage is bound up in the Gospel itself and so, regardless of any act of Congress, it is imperative that we, as Christians, continue to show how it is a picture of Christ joining with His bride, the church,” Leatherwood told Baptist Press in written comments.

Albert Mohler, president of Southern Baptist Theological Seminary, said the vote shows the country’s “political class has decided to vote for same-sex marriage, and 47 House Republicans decided to get aboard the train.”

“Yesterday, those of us who know that marriage is and can only be the union of a man and a woman found ourselves facing the undeniable reality that our political class will not rise to defend society’s most fundamental institution,”
Mohler wrote in a column Wednesday (July 20) for WORLD Opinions.