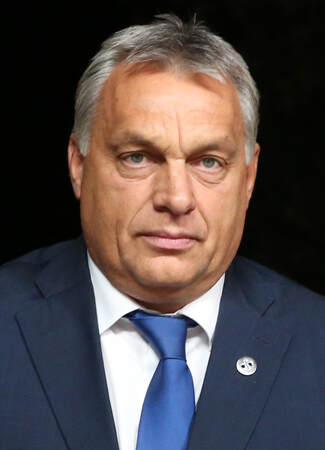 Hungarian Prime Minister Viktor Orbán has declared that his government will be holding a referendum on a controversial anti-LGBT law.
Orban made the announcement in a live video on his official Facebook page.
The law, officially called the Children Protection Act, has the stated purpose of safeguarding children's well-being and fighting paedophilia.
But it has been widely criticised for being discriminatory against members of the LGBT community and the European Union has launched legal action against Hungary over the law.
The law was initially passed during Pride Month, in June, by the Hungarian government and outlawed depictions of homosexuality and transgender issues in both the school curriculum and on TV shows that are aimed at minors.
The bill also equated homosexuality with paedophilia.
The move was widely criticised by the EU as it contravened Article 21 of the organisation’s Charter of Fundamental Rights, which says "stigmatizing LGBTIQ persons constitute a clear breach of their fundamental right to dignity,
as provided for in the EU Charter and international law."

Hungary has taken a number of such measures during the eleven years Prime Minister Orbán has been in office. The country does not recognise gay marriage and, in 2020, same-sex couples were banned from adopting children.
​Hungarians are also not allowed to change their gender legally.