Transgender ideology is gradually erasing women and girls from reality

RETURN
This is not an isolated incident of a few woke government employees run amok. 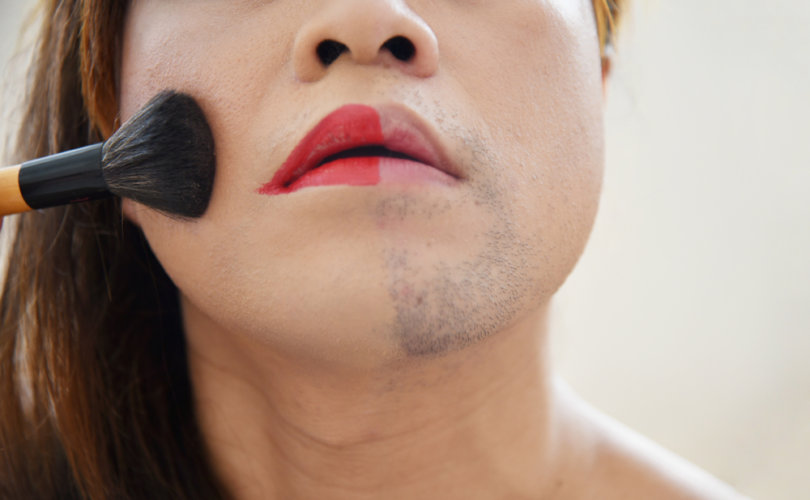 (LifeSiteNews) -- The latest erasure of women is drawing outrage from feminists who must surely be feeling beleaguered at this point.

The MailOnline has reported that the terms “women” and “girls” have been removed from more government websites, this time from a Welsh government website presenting a guide on menstruation. Instead of referring to women, the Welsh government site instead refers to its target audience as “half the population” (which half?) and, even more confusingly, “young people who bleed.”


This is just the latest example. We’ve been tracking the slow elimination of terms like “women” and “girls” in this space for several years now; the Daily Mail is one of the few media outlets willing to actually dig for these stories. U.K. government websites have eliminated women from websites dedicated to uniquely female health issues such as womb cancer, menopause, and breastfeeding
(which, as you may know, is now “chest-feeding.”)

The Mail felt compelled to point out that these changes don’t even make sense is some twisted, trans-ideological way: “Menstruation is a process unique to biological females and a man cannot have one, even if they transition to become a woman later in life.”

The website “Bloody Brilliant,” set up by NHS Wales, was intended to empower…well, girls and women presumably. But “medics and campaigners” are livid that “half the population” has been reduced to terms like “young people who bleed” on a website that aims “to break the taboo around periods by encouraging conversation.”

Despite the range of information on “Bloody Brilliant,” the online guide does not mention women
or girls a single time. The closest they get is “anyone with a uterus.”

Dr. Karleen Gribble, a nursing and midwifery expert from Western Sydney University, was scathing in her response, telling the Mail:

It seems like we have gone from menstruation being unmentionable, contributing to much distress and difficulty for many young girls around their period, to the fact that it is girls and women who have periods being unmentionable. Neither of these things are good. It’s entirely possible that this lack of clarity about just who it is who gets periods could be confusing for many young girls.

As far as Gribble is concerned, these new changes were another step in the NHS campaign to erase women entirely.

“Imagine how much effort it must have taken to create an entire website about periods without mentioning the word woman or girl once,” she noted. “It is certainly confusing to be described as a ‘person who bleeds across Wales’ in particular if you are young, have low literacy, or English as a second language. It is also playing along with an ideology that I think people are coming to realise is actually harming children – by reinforcing the idea that there is no such thing as biological sex. I know this website does not overtly state that,
but it is still very much entrenched in gender ideology.”

The NHS Wales Health Collaborative responded by stating that the wording they have utilized is “consistent with similar materials, including Welsh Government publications, and following expert advice and consultation with young people in Wales.”

That, of course, is precisely why women’s rights activists are so concerned—because this is not an isolated incident of a few woke government employees run amok. It is, rather, just the latest example of a wholesale change in language in which terms like “women” and “girls” and “female” are eliminated in favor of broad, vague, de-sexed terms to appease trans activists.

These changes are being made quietly. If media outlets like the Daily Mail were not perusing these sites and reporting on the changes, the transition would take place largely outside the limelight without any pushback.

As the Mail points out, those writing this material are utterly serious and without irony—on the website referring to girls as “young people who bleed,” they also call for eliminating stigma by using blunt and forceful language: “No more hiding, covering
up or awkward euphemisms, we need some straight-talking.”