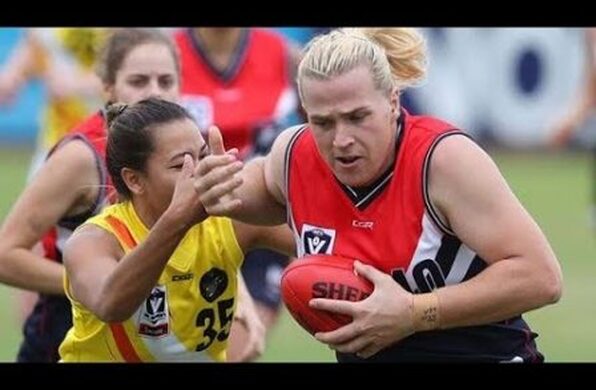 President Biden used his first days in office to announce an anti-discrimination decree that some
say will force schools to include trans athletes in women's sports.

The ordinance, entitled Prevention and fight against discrimination based on gender identity or sexual orientation, was  signed just hours after the new POTUS took office on  Wednesday evening. […]

Erielle Davidson of the Jewish Institute for National Security in America wrote:  “Sad day for women's sport. Women must compete with biological men at risk of injury and losing their title, thanks to a new decree from Biden.
Never tell me it's “pro-woman”. It is not. It is destructive and malicious.

Soon after, the #BidenErasedWomen hashtag started trending on Twitter.

However, LGBT activists fought back, claiming the order was simply Biden's attempt to move towards a more inclusive society - just as he pledged to do in his inaugural address.   […]
Daily Mail
Via Fdesouche
https://translate.google.com/translate?hl=&sl=fr&tl=en&u=https%3A%2F%2Flesobservateurs.ch%2F2021%2F01%2F22%2Finclusivite-joe-biden-signe-un-decret-permettant-aux-etudiants-nes-hommes-de-concourir-chez-les-femmes-sils-se-sentent-femmes%2F&sandbox=1
up