Public school indoctrination is out of control. The Parents Bill of Rights would start fixing that

RETURN
The necessity of such legislation cannot be overstated. 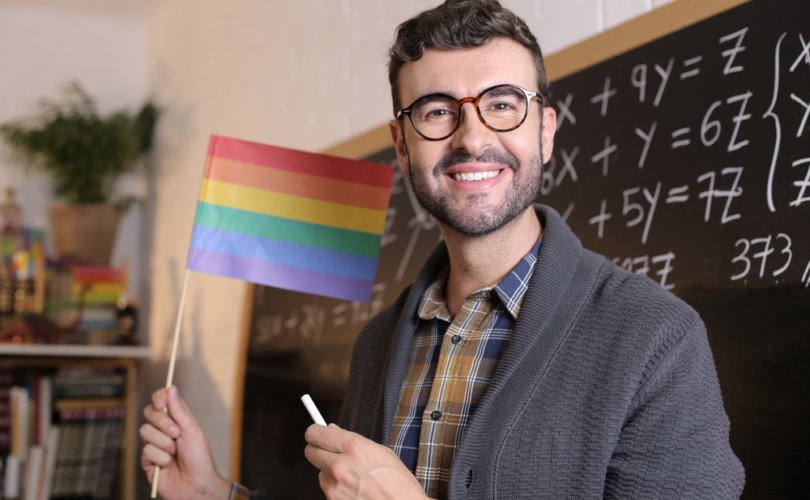 (LifeSiteNews) – Eric Hagarty has served as Pennsylvania’s Acting Secretary of Education since April.

A graduate of the University of Washington – Seattle’s political science program, he went on to become the Chief of Staff for the Department of Community and Economic Development, whose primary responsibility is facilitating economic development and opportunity in the state. Afterwards, he was tapped as liberal Governor Tom Wolf’s Deputy Chief of Staff.

In his current position, the Pennsylvania Department of Education’s website describes Hagarty as a “passionate advocate for education in the commonwealth.” Nowhere is he described as a teacher or an administrator, nor is he noted for a prosperous career in education, because the Acting Secretary never actually worked in a classroom, nor within the field of education at all.

Rather, his career was built not in reading, writing, and arithmetic, but in politics, government, and bureaucracy, and nowhere is this more plainly exemplified than in his agency’s full-on embrace of “Gender Theory” in Pennsylvania classrooms.

In fact, under Hagarty’s tutelage, the PA Department of Education has not only professed its own affinity for the overriding gender ideology that is sweeping the left, but has doubled down on its top-down support the inclusion of its head-scratching tenets in the education of public school students as young as eight years old.

In its ongoing effect to inject politically-motivated, woke drivel into its curriculum, the agency has launched a “Gender Identity” page on its official website, which, in addition to numerous articles, publications, and reports, features a list of “words you should know” with respect to the phony abstraction of “Gender Diversity.”

Those terms, with corresponding explanations, consist of everything from “transgender” and “genderqueer” to “preferred personal pronouns,” among others. The site also defines “binary gender” as “the faulty concept that there are only two genders: male and female.”

In addition to encouraging the use of made-up pronouns like “ne, ve, ze/zie and xe” when interacting with students, a section of the page even refers teachers to a collection of “Lesson Plans and Activities” to incorporate into their classes; one of those options provides resources to organize a “Gender Neutral Day” as a vehicle to “challenge gender norms” and give credence to the fantasy of “gender-fluidity.”

These indiscretions on the state’s part have led to the issuance of a “Reform or Resign” ultimatum to Hagarty by a group of 21 State Representatives, calling on the Acting Secretary to either abandon the gender indoctrination scheme his department has endorsed in Pennsylvania’s K-12 schools or step down from his position instead.

Of course, neither has happened, and until a new administration rises to power in Harrisburg, neither will.


But these calls for Hagarty’s resignation were paired with a second, more realistically attainable call to action – one that’s already been answered by several individual states, but must become as standard a policy in our nation as prescription drug labels if we wish to return the top priority of America’s schools to educating future generations rather than grooming them.

By making a public appeal for the adoption of a Parents Bill of Rights in Pennsylvania, the commonwealth’s lawmakers have joined the ranks of counterparts in every corner of the country who’ve sought to enact reforms that strengthen the ability of parents and legal guardians to maintain some semblance of control over their children’s educational activities, from enforceable legislation that reaffirms the rights of parents to have the final say in the rearing of their children (both inside and outside of the schoolhouse) to broader efforts that seek to increase curriculum transparency and decrease harmful political rhetoric from day-to-day, in-class agendas.

Perhaps most recently notable on this front is the new law signed by Florida Governor Ron DeSantis back in March. House Bill (HB) 1557 became a focal point of the nationwide dialogue (or diatribe) on parents’ roles in their children’s education when it was mercilessly maligned and deceitfully labeled the “Don’t Say Gay Bill” by identity-infatuated liberals, mainstream media outlets, and increasingly woke, multi-billion dollar corporations like Disney seeking to profit from indoctrination.

(It is worth noting that the word “gay” does not appear anywhere in the text of the bill, making “Don’t Say Gay” possibly the greatest work of fiction perpetrated by lying politicians and the fake news industry of 2022).

Instead, the bill, per a statement from the governor’s office, “prohibits classroom instruction on sexual orientation or gender identity in kindergarten through 3rd grade and prohibits instruction that is not age appropriate for students and requires school districts to adopt procedures for notifying parents if there is a change in services from the school regarding a child’s mental,
emotional or physical health or well-being.”

This policy built upon a 2021 law which established a more wide-encompassing Parents Bill of Rights in the state, featuring applications not only to children’s education, but also their medical needs and general upbringing.

And while legislation like this is generally an effectual solution to ensure that all decisions pertaining to a child’s well-being are made by their parents or legal guardian(s) without unwarranted intervention by an outside entity, the fact remains that these protections are not codified in the vast majority of states, and without swift action to address such shortcomings – which leave the door wide open to further transgressions against parents in states without them – children will continued to be pursued as property of the state, first and foremost.

America would be best served by combatting these attempts to seize control over children with an enforceable, federally-enacted Parents Bill of Rights, which would set some basic, much-needed boundaries for the government to abide by in terms of its interference in the parent/child relationship – in the classroom, or elsewhere for that matter.

A resolution has already been introduced on Capitol Hill to get the ball rolling: Louisiana Congresswoman Julia Letlow’s bill, H.R. 6056 (also called the Parents Bill of Rights Act), would “ensure the rights of parents are honored and protected in the Nation’s public schools” by breaking down barriers that impede parents’ ability to provide input in their child’s education.

The legislation, which enjoys the backing of more than 80 co-sponsors – all Republican – in the House, is built upon the following five “core principles,” as outlined in a press release from Rep. Letlow’s office:

Should it become law, the H.R. 6056 would stipulate that federally funded schools and school districts publicize their curriculum; provide parents with a list of books available to children in their respective libraries; notify parents of any violence that is carried out on school property; obtain consent from parents before performing any medical exam or screening of their children; and preserve parents’ ability to address school boards about issues impacting their child’s education, among other things.
A similar effort has been spearheaded by Josh Hawley (R-MO) in the U.S. Senate.

H.R. 6056 was first introduced in the House back on November 19, 2021, but with slim Democrat majorities both there and in the Senate, the bill, predictably, seen little momentum in the months since.

But even so, the necessity of this bill’s, or a similar proposal’s, advancement could not be more abundantly clear than it is in this moment: While the majority of individual states have, at very least, considered legislation to adopt a Parents Bill of Rights within the past two years, few even made it out of the committee phase of the legislative process, leaving millions of students open to targeting by politically-motivated teachers, administrations, and school boards, and leaving parents practically powerless over their children’s education.

States that have formally implemented a Parents Bill of Rights, or at least approved legislation to enshrine parental protections, should be lauded for their judgment, foresight, and, frankly, their aggressiveness in fighting the
powers which seek to monopolize and politicize classrooms.

That said, there’s little benefit in waiting for every state to follow suit, especially when – politically speaking – there’s little chance for success, at least in the immediate future, in no less than half of them. The same really goes for the federal level, too, where conservatives finds themselves on the outside looking in until, at very least, the beginning of 2023.

And yet, when a new administration takes over in 2025 (alongside majorities in Congress that understand the formative role that parents, and only parents, play in the rearing of children), there will undoubtedly be a far greater chance of achieving real, meaningful, and immediate reform that places parents back in the driver’s seat by pursuing a singular bill like H.R. 6056 instead of holding out for 50 separate legislative bodies to take action themselves.

I am not a parent, nor do I have any plans to become one. But I do have a vested interest in seeing our country prosper in the years – and generations – to come. I also have a strong enough understanding of history to know that, for centuries, tyrants have targeted the youngest, most impressionable minds within society as the means to achieving what inevitably reveals itself as a totalitarian end.

If American children – conditioned by a school system that rewards delusion, confusion, and adherence to groupthink, and punishes truth, logic, and independent reasoning – can’t even state definitively if they’re a boy or a girl, parents have a right to know what,
exactly, is going on behind closed doors.

And when politicians and school boards and teachers unions tell you that this is somehow an unreasonable demand, you’ll have all the information you need to know that – no – none of this is, nor ever has been, about “what’s best for the children.”

Michael
J.
DaPos
LIFESITE
Public school indoctrination is out of control. The Parents Bill of Rights would start fixing that - LifeSite (www-lifesitenews-com.translate.goog)
UP