RETURN
'The Pawlowskis' appeals are allowed. The finding of contempt and the sanction order are set aside.
​The fines that have been paid by them are to be reimbursed. 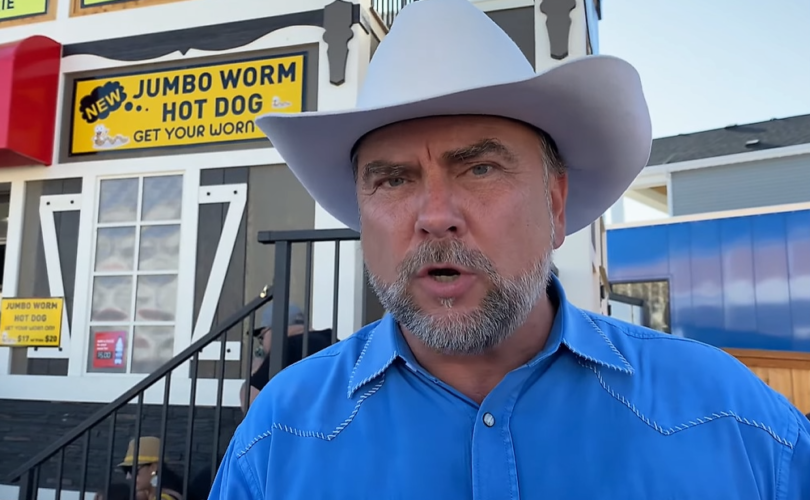 CALGARY, Alberta (LifeSiteNews) — An appeals court today nullified contempt charges  against Alberta pastor Artur Pawlowski and his brother Dawid for protesting COVID health rules, ruling that a “not sufficiently clear” May 2021 ban on virus protests did not apply to them.

“The Pawlowskis’ appeals are allowed. The finding of contempt and the sanction order are set aside. The fines that have been paid by them are to be reimbursed,” wrote a panel of three judges, Justices Barbara Lea Veldhuis, Michelle Crighton and JJo’Anne Strekaf.

The Alberta judges ordered that Pawlowski and Dawid be reimbursed by Alberta Health Services (AHS) for all costs associated with their appeal, including fines paid. The fine amounts that must be returned are $23,000 for Artur and $10,000 for Dawid.

Also, the court ordered that the brothers be paid $15,733.50 in costs associated with their appeal by AHS.

In essence, the judges ruled that Pawlowski and his brother’s jail time, arrests, and charges along with
the censorship mandate by the court were not valid.

The Pawlowskis made international headlines after they were arrested in a highway takedown in May 2021 for holding worship services contrary to Alberta’s COVID rules affecting church service capacity limits. The Pawlowskis  served three nights in jail before being released on bail.

They were jailed under a court injunction dated May 6, 2021, by Alberta Chief Justice J. Rooke,
who placed a ban on “illegal” protests in Alberta against COVID mandates.

This order allowed police to arrest, detain, and imprison anyone who disobeyed. However, this order was intended to be directed at Christopher Scott, the owner of Whistle Stop Café in Mirror, Alberta, who earlier
defied government health orders and opened for dine-in service.

The May 6 injunction was originally worded in such a way that, in theory, it could apply to every Albertan,
allowing police to arrest anyone who violated COVID-19 rules.

The Justice Centre for Constitutional Freedoms (JCCF) had this order revised on May 13 to only apply to Scott.

The Pawlowski brothers and Scott were found to be in contempt of a court order by Justice Adam Germain in May 2021. However, the brothers appealed the contempt charges and other sanctions imposed on them.

Today, the appeals panel ruled that Rooke’s injunction “was not sufficiently clear and unambiguous.”

As a result, the panel also reduced penalties placed on Scott to time served.

The judges wrote, “The legal issue before us, however, as before the chambers judge, is whether the injunction applied to the Pawlowskis such that they could be found in contempt of it. Without condoning the actions of the Pawlowskis, we turn to that question.”

“Where there is ambiguity in a phrase that purports to identify a group of individuals to whom an ex parte injunction applies, the injunction may not be sufficiently clear to found contempt proceedings against such individuals for breaching the terms of the order.”

The judges continued, saying,  “As all elements of contempt must be established beyond a reasonable doubt, we conclude that the injunction here was not sufficiently clear and unambiguous, when it referred to other parties ‘acting independently to like effect,’ so as to apply to the Pawlowskis. The contempt finding against the Pawlowskis must therefore be set aside.”

Attorney Sarah Miller said that she is pleased with the court appeal, but it’s now the taxpayers who will suffer.

“Unfortunately for the taxpayers of Alberta, Alberta Health Services has needlessly pursued this matter and now must pay legal costs to the Pawlowskis on a matter that should never have proceeded as far as it did,” noted Miller, as reported by True North.

Under Alberta Premier Jason Kenney, many were fined and others jailed for fighting against his government’s draconian COVID rules, which severely impacted thousands of businesses.

“This is a victory for free speech, freedom of religion, and civil liberties in Canada. Pastor Artur Pawlowski is free. The Alberta Court rules that his prosecution and unfair treatment are illegal. Important win for Canada,” tweeted Rebel News content editor William Diaz-Berthiaume.

“You were and always will be on the right side of history,” he added.

Jamie Salé, gold medal pairs figure skating champion who recently spoke out on her “awakening” to combat the COVID narrative, tweeted, “The TRUTH WINS again in the case of Art P!!!”

In total, since the start of the COVID crisis, Pawlowski was jailed not less than five times. After his last arrest, he was initially denied bail when a provincial judge ruled he was a threat to “public safety.” This despite his purported “crimes” being completely non-violent in nature.

He was set free from jail in late March but under strict conditions. He was mandated to a house curfew from 7 p.m. to 7 a.m. except to attend his church services and is barred from attending protests of any kind or meeting with the public.

Pawlowski was jailed for nearly three months after speaking out against COVID mandates
when he gave a sermon to truckers blockading the highway in Coutts, Alberta.