return
'March 2021 will be remembered as the day the Canadian government chose to tell Canadians with...mental illnesses...that they’re not needed, not valued, and not worthy of care' 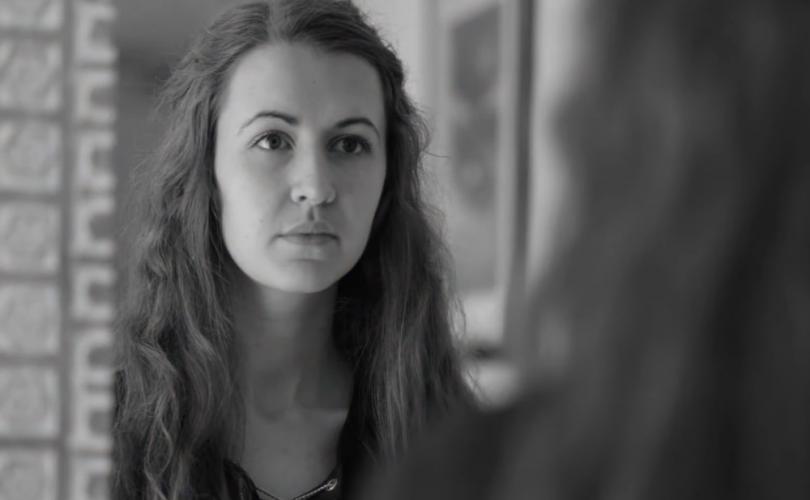 OTTAWA, March 2021 (LifeSiteNews) – The Canadian government sent a strong message last night to people struggling with mental illness regarding what it thinks about their overall value and worth when it voted to approve a bill that allows such people to legally choose suicide by lethal injection as a final solution to their problems.

Bill C-7 passed in the House of Commons by a vote of 180-149 along party lines, with the majority of Liberal and Bloc Quebecois MPs supporting it while Conservatives, NDP, and two of three Green MPs opposed it.
The bill was crafted in response to a 2019 Quebec Superior Court ruling which struck down as unconstitutional restrictions in federal law that limited doctor-assisted suicide, or what is called Medical Assistance in Dying (MAiD), to those whose natural death was “reasonably foreseeable.” An estimated 20,000 Canadians have opted to have themselves killed since assisted suicide was first legalized in 2016.

Bill C-7 seeks to expand euthanasia in a few ways, one of which was by removing the requirement that a person’s “natural death be reasonably foreseeable,” thus opening the door to allowing people who are not terminally ill to choose to die by assisted suicide. Amendments to the bill that were passed by the Senate last month allowed doctor-assisted suicide for people with mental illness (but not for another 18 months) along with “advance directives” for people to be killed by means of MAid should they become incompetent in the future,
as in the case of someone with severe dementia.

The government accepted last month the Senate’s amendment of allowing assisted suicide for people with mental illness but added that if the bill becomes law there will be a two-year waiting period before allowing such a practice to come into effect.
It rejected the Senate’s “advance directives” amendment.

The revised bill will now return once more to the Senate where it will either be accepted or there will be more amendments made to it.
Alberta Conservative MP Garnett Genuis said he was disappointed to see the bill pass last night.

“I was disappointed to see the 43rd Parliament endorse medically-facilitated suicide for those facing mental health challenges,”
he wrote on Twitter this morning.

“But we now have a 2 year window to fix this before that part takes effect.
Let's fight to ensure the 44th Parliament is prepared to repeal,” he added.

Saskatchewan Conservative MP Cathay Wagantall wrote on Twitter that “March 11, 2021 will be remembered as the day the Canadian government chose to tell Canadians with disabilities, mental illnesses, the marginalized, and the vulnerable that they’re not needed,
not valued, and not worthy of care.”
Wagantall told the House of Commons yesterday prior to the vote that “opening the door to mental illness as a stand-alone reason to request assisted death is a frightening revelation of the lack of compassion and care for those who need and deserve it most.”

“A culture of suicide prevention is what we in this place should all strive for as caretakers of the people's business,” she said.

Twenty-five-year-old Garifalia Milousis (Lia Mills) said that had MAiD been available to her when she was going through a mental illness, she likely would have opted for it as a solution to her problems. She related how as a teen
she engaged in self-harm and tried to kill herself seven times.
“I’m scared that doctors could soon be able to end the lives of people suffering with mental illness – people like me,” she said in a video about her experience. “To be honest, if medically assisted suicide had been available when I was in university,
I might have used it to end my suffering as soon as I could.”

Milousis’ video testimony was featured this week in MP Genuis’s Tell Me to Stay campaign which highlights how Canada’s suicide prevention efforts would be undermined by allowing Canadians suffering from depression and other mental illnesses to access assisted suicide. The young woman criticized in her testimony safeguards that are meant to protect vulnerable people from accessing medically assisted death, stating that such safeguards would not have protected her.

“If this legislation passes, my mental illness would qualify me for medically assisted death, and put me at risk. And when I’m in a headspace like that, I’m already fighting internally. I can’t be fighting to keep myself safe on all fronts. I need someone to be my advocate in those times. That’s what suicide prevention is for. Death would have been a way out, but with the right interventions and relationships,
I was able to find a way forward,” Milousis said.

“So I want to say right now, to whoever needs to hear this: Death doesn’t have to be the answer,” she added.

Milousis said that as someone who struggles with mental illness, she does not need the government telling her “how to die.”

“I need someone to tell me to stay,” she said.
LifeSiteNews
By Pete Baklinski
https://www.lifesitenews.com/news/justin-trudeaus-liberals-approve-bill-allowing-doctors-to-kill-mentally-ill-canadians
up