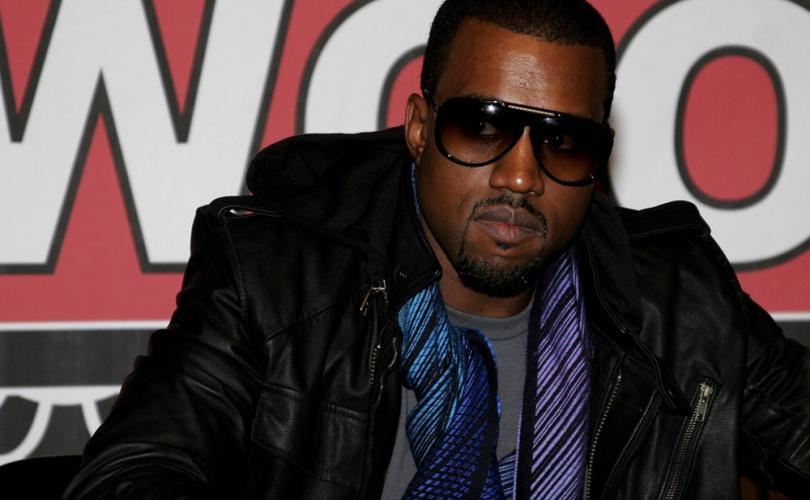 October 28, 2019 (LifeSiteNews) – Rapper Kanye West has been the subject of widespread curiosity for over a year now due to his gradual evolution toward conservative politics, with the past several months indicating a deeper religious conversion, as well. With last week’s release
of his religious-themed album Jesus Is King, West spoke at length on all of the above in multiple interviews.

“We’re brainwashed out here, bro,” West told radio host Kurt “Big Boy” Alexander Friday, in response to the notion that blacks should vote Democrat based simply on their skin color. “Come on, man. This is a free man talking. Democrats had us voting for Democrats with food stamps for years.
What are you talking about guns in the 80s, taking the fathers out the home, Plan B, lowering our votes, making us abort children.”

West dismissed the notion that his current views would end his career, adding that the proponents of “cancel culture” are also “telling you that you can’t have a right to say who you will vote for,” and “will be soon to take Jesus out of school,” to “remove Jesus, period, from America, which is the Bible Belt.”
Kanye’s remarks mark a striking departure from past songs referencing abortion flippantly, as well as him and his wife Kim Kardashian using sex-selective in-vitro fertilization to have a son in 2015. Kardashian and the couple’s children were just baptized into the Armenian Apostolic Church.
The baptisms took place inside Mother See of Holy Etchmiadzin in Vagharshapat, Armenia, one of the oldest churches in the world.

In another interview with host Zane Lowe, West opened up about a “full-on pornography addiction” he says haunted him ever since he
stumbled across an issue of Playboy as a small child. “It’s affected almost every choice I made for the rest of my life,” he said.
“From age five till now having to kick the habit. And it just presents itself in the open like it’s okay and I stand up and say, ‘No it’s not okay.’”

“Yeah, when you see all of the billboards, the traffic billboards,” West continued. “When I say ‘traffic’ I’m talking about the billboards are actually sex trafficking. On one side of the street it’s a billboard with spirits, which is alcohol, and on the other side it’s ‘call this number’ or it’s a picture
of a woman on a billboard and says ‘come to this strip club.’ So there are all different layers of trafficking.”

West’s evolution seemingly began last year when he declared President Donald Trump his “brother,” lamented former President Barack Obama’s
failure to effect change in Chicago, and opened the door to potentially identifying as a conservative in the future.
He also revealed that he had been watching videos from psychology professor and pundit Jordan Peterson.

So far, Jesus Is King (which also drew headlines for lyrics praising Chick-fil-A) has received mixed reviews but is
projected to sell 225,000 to 275,000 copies in just its first week.