return
Evidence indicates that euthanasia is being used in Canada to eliminate the lives of disabled patients, as well as the poor and chronically ill, rather than providing them with social assistance, finances, and medical care needed to continue living. 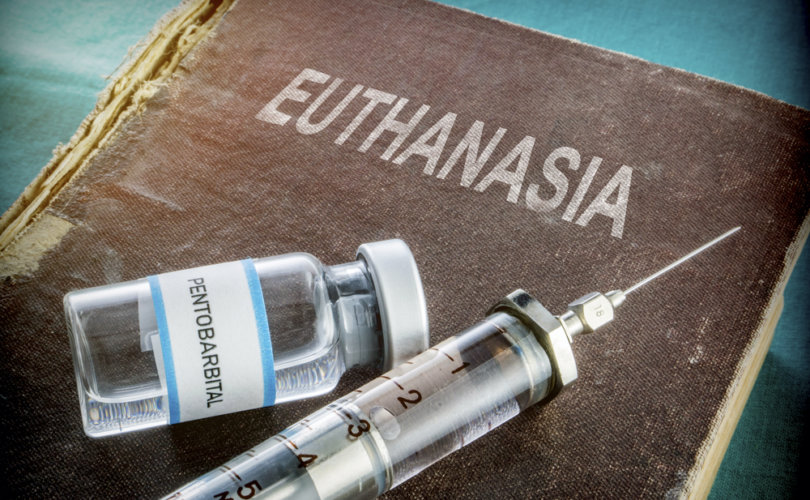 In doing so, the judges stated that this protective door would be pushed aside only in a few exceptional cases, and that a “carefully regulated scheme” could easily be put in place to prevent a slippery slope of creeping expansion and abuse of the law. This assertion by the court has turned out to be both foolish and untrue. It seems to have been based more on the judges’ desire to reach a “progressive” conclusion on assisted suicide, rather than on thoughtful consideration.

The Carter decision has become a roadmap to disaster for Canada, which now has taken the lives of 31,664 individuals between 2016 and December 2021, the last year statistics were reported.  A Health Canada report indicates that the number of assisted deaths increased by 32.4% in 2021 over the previous year, representing 3.3% of all deaths in 2021.

The Supreme Court of Canada judges have given Canada the most permissive law on euthanasia in the world. What is worse, the evidence is building that this nightmare is increasing. Evidence indicates that euthanasia is being used in Canada to eliminate the lives of disabled patients, as well as the poor and chronically ill, rather than providing them with social assistance, finances, and medical care needed to continue living. In effect, the government funded service available to those living with medical problems is MAiD, which fails to address the real problems.

Tragically, 1.4 million Canadians with disabilities now live in poverty. They are suffering more
from their poverty than from their illness. For example:

The above are only a few examples in which Canadians with treatable illnesses are being encouraged to accept death by lethal injection. Canada has now become a prime example of how legalization permitting euthanasia becomes normal treatment,
instead of proper medical care.

The following is the roadmap to this disaster created by the Supreme Court:

When this amendment reached the Senate, composed mainly of individuals appointed by Trudeau, the Senators thought the amendment didn’t go far enough. They sent the bill back to the House of Commons to include in the MAiD legislation a provision for the mentally ill to be provided MAiD, despite the fact these individuals would not be able to comprehend what they were doing and could not provide a valid consent. Mental illness includes those with depression, schizophrenia, bipolarity, Alzheimers, etc., which are mostly treatable illnesses.

‘Advance Notice of Consent’Advance Notice of Consent for Euthanasia is a quick fix for dementia patients, but in starkly simple terms, it means that doctors will be legally able to kill a dementia patient whenever they decide to do so, despite the fact that the patient is not asking to be killed. There is nothing that a family can do about such a death. It is noted, incidentally, that there is an enormous difference between a patient giving an “advance notice” that he does not wish extreme medically useless treatment when nearing death and an advance notice
to be directly killed when the doctor chooses to do so.

A ghastly example of “Advance Notice” occurred in the Netherlands in 2016. The patient was a 74 year old woman with dementia who resided in a nursing home. When the physician tried to kill her, based on the advanced consent, she struggled to resist the doctor who was injecting her with a lethal injection. The doctor then drugged her coffee and her family was obliged to hold her down when she continued to struggle to fight off the injection. The physician was cleared of all charges by a review panel.

More deaths to comespecial committee of MPs and Senators has been established to review the MAiD law in Canada and will report to Parliament in October 2022. The topics for study include extending MAiD for mature minors and advanced directives. Although its mandate also includes a review of palliative care in Canada and protection for persons with disabilities, it seems that these latter two mandates have been lost, as the government appears to be planning a further expansion of MAiD.

The slippery slope of euthanasia continues in Canada.

life site
How Canada's Supreme Court created the most permissive euthanasia law in the world - LifeSite (www-lifesitenews-com.translate.goog)
up