RETURN
‘While the proposed digital ID is allegedly voluntary, it is unlikely to stay that way,’ a lawyer
for the Justice Centre for Constitutional Freedoms warned. 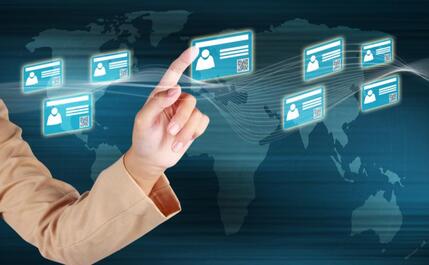 TORONTO, Ontario,  (LifeSiteNews) — The Canadian province of Ontario is set to introduce a new voluntary “digital ID” for its residents in late 2021, which would also be used to “update and show vaccination records.” A lawyer is warning, however, that such an ID could quickly become the norm, and possibly serve as some kind of “vaccine passport.”

“While the proposed digital ID is allegedly voluntary, it is unlikely to stay that way. First, it will become normalized, then it will become necessary,” Lisa Bildy, a lawyer for the Justice Centre for Constitutional Freedoms (JCCF), told LifeSiteNews.

Bildy explained that anything connecting people’s vaccination records to a digital platform “has the potential to evolve into a ‘vaccine passport.’”

“People will be expected to show it when they want to travel or conduct other business as they go about their day-to-day lives. Those who choose not to get a vaccine, for many valid reasons, may find themselves restricted from participating in their normal activities,” she said.

“The privacy implications of this technology are concerning, particularly if it stores data and connects the details of our many personal activities that the ID is allegedly designed for, such as booking medical appointments, banking, applying for jobs, or showing our vaccine status at places of business. Anonymity would no longer be permitted.”

The Ontario government says of its new “digital ID plan” that in late 2021, it “will begin introducing digital ID (digital identity) — a new, electronic government-issued ID that lets people and businesses prove who they are online.”

According to the Ontario government under Premier Doug Ford, the first phase of its “digital ID plan” involved talking with “more than 100 industry experts representing 68 organizations about the value of digital ID in our lives and economy, potential partnerships and how to make digital ID a reality in Ontario.”

This phase was conducted between November and December of 2020. The second phase
of the consultation process ran through February 2021.

The Ontario government said it involved the input of more than “7,700 individuals and small- and medium-sized businesses” who “filled out our surveys on digital ID,” to “create our plan and ensure digital ID is helpful to both residents and businesses in Ontario.”

Now, the consultation period is over. In the spring, there will be a “report” about what is coming next.
The Ontario government says that the “digital ID” will be optional: “You will still be able to use ID cards and certificates (such as a driver’s licence or birth certificate), if you want.”
The Ontario government is planning on introducing “digital IDs” for both individuals and businesses.


Digital ID for individuals will include “prov[ing] your identity” when checking in for virtual medical appointments, getting a birth or marriage certificate, applying for government assistance, updating and showing vaccination records, and opening a bank account.

Digital ID for businesses could be used for hiring new employees, to prove a business’ identity or verifying that of other businesses, to open business accounts, to apply for loans, grants, tax credits or benefits, and to verify customers’ identity.

Bildy warned that the potential for Ontario’s “digital ID plan” to “evolve into a form
of surveillance or Chinese-style social credit system is worrying.”

“Once the infrastructure is in place and normalized, and eventually mandated, it is easy to retool
it for such purposes down the line,” Bildy told LifeSiteNews.

So far, the Liberal government under Prime Minister Justin Trudeau has not stated one way or another whether or not it will use so-called COVID “vaccine passports” in Canada.

In early March, Health Minister Patty Hajdu said the government is “certainly working on the idea of vaccine passports”
with its fellow G7 partners.

Hajdu’s remarks came only shortly after Canadian Prime Minister Justin Trudeau’s in late February, when he said there are “pros and cons” to COVID-19 “immunity passports.”
LIFE SITE
BY Anthony Murdoch
https://www.lifesitenews.com/news/lawyer-ontarios-coming-digital-id-could-evolve-into-vaccine-passport
UP