RETURN
For breathtaking brazenness it is hard to beat a new pamphlet from the Cambridge Student Union’s Women’s Campaign, which advises students on how to identify heretics who still doubt that a man can become a woman simply by saying so. 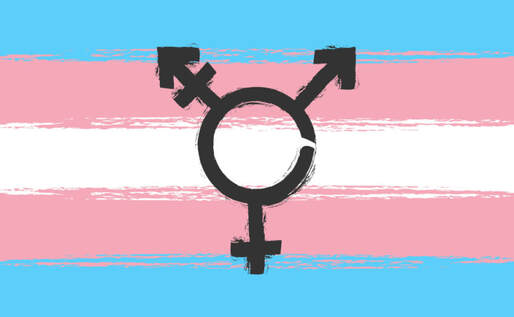 (LifeSiteNews) — As trans activists accrue cultural power and consolidate their territorial gains, their movement has begun the process of doing what all revolutionaries inevitably do: hunt down and punish dissenters. They aren’t being subtle about it, either.

But for breathtaking brazenness it is hard to beat a new pamphlet from the Cambridge Student Union’s Women’s Campaign, which advises students on how to identify heretics who still doubt that a man can become a woman simply by saying so. It is titled — subtly — “How to Spot TERF Ideology.” (TERF, for those of you who are new around here, means Trans Exclusionary Radical Feminist.)
The pamphlet opens by announcing that there are some women who are not welcome in the women’s movement because those women oppose men in the women’s movement: “Trans liberation is part of feminism. Fighting for autonomy and freedom must be a fight for everyone, and there should be no room for transphobia or TERFs in feminist organising.”

The eight-page pamphlet is full of tips for transgender allies such as “How to spot a TERF in the field” — one suspects they thought “in the wild” might be a bit too obvious. TERFs, the pamphlet says disapprovingly, often “self-refer … as ‘adult human female.’” (The nerve of those broads, amirite?) They also note that TERFs may refer to incidents of sexual assault by biological males on women in female bathrooms, which is apparently a transphobic thing to do (although I’m not sure that makes the point they think it makes).

Page 5 warns trans activists and their obedient allies not to engage TERFs. To do so would be to encounter arguments, and arguments can constitute hate speech if they do not involve the concession that dudes in unconvincing drag are actually Real Live Girls. The trans movement is one of those progressive movements that skipped from proposing assertions to demanding acceptance without bothering to do the persuasion bit that usually happens in between.

TERFs, we are told, are basically trash because they have “a conservative, binary, essentialist conception of sex as the be-all-end-all, and a deep hatred for trans women, couched in the language of feminism and feminist theory.”

Got that? Radical feminists are conservatives now, because they want to conserve the idea that biological women are women and biological men are not. I can’t wait to see who else becomes a “conservative” simply for refusing to junk a set of foundational scientific facts. In fact, the pamphlet notes that TERFs are not just conservative, but “it may also be worth bringing up that TERFs …
spend a lot of time working with the far-right.”

The pamphlet closes with a suggested reading list to inoculate allies from falling prey to TERFs or TERFism, including titles such as Heterosexualism and the Modern/Colonial Gender System, Why Sex Isn’t Binary, Towards an Insurrectionary Transfeminism, and other post-truth page-turners. Only by absorbing such stuff, apparently, can we all move towards trans liberation — which involves defeating the TERFs.

It is tempting to write this off as a joke, but the reality is that students who refuse to play along with this delusion face ostracization, hostility, and even weird witch-hunt manuals instructing other students on how to pick them out and pinpoint them as enemies of progress. It’s not just campuses, either — the U.S. State Department just tweeted out an article instructing Americans on how to use “preferred pronouns,” noting: “Today on International Pronouns Day, we share why many people list pronouns on their email and social media profiles.”

Did you know that there was an “International Pronouns Day”? Neither did I. But that’s how fast all of this is moving.