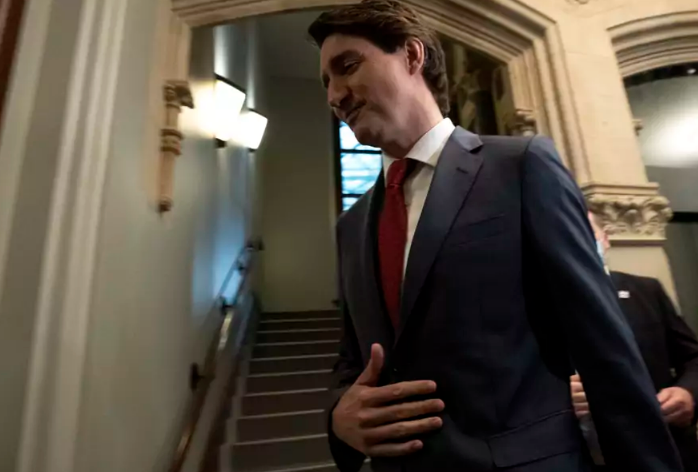 (Ottawa) The Minister of Health, Jean-Yves Duclos, and the Minister of Women, Marci Ien, are mandated to review the legal framework surrounding the right to abortion in order to solidify it. During the election campaign, the Liberals promised to introduce a financial penalty that would automatically apply to provinces that restrict access.

"A law is beautiful, but we must also be able to apply it," said Minister Duclos in a press scrum on Wednesday. That is why we will continue to use these mechanisms, but we will also strengthen them. »

The government would favor the regulatory route under the Canada Health Act to "increase clarity" on the arrangements between the provinces and the federal government, but Prime Minister Justin Trudeau did not rule out Wednesday going further by legislating.

"I'm not ruling it out, but that's not the only way to do it," he said in the afternoon, before heading to question period. "Certainly we look carefully at what is happening in the United States, we understand the threats that exist to women's rights around the world and we will make sure that we are doing the right things."

The day before, a leak to the U.S. Supreme Court sent shockwaves through. The document obtained by Politico revealed that a majority of magistrates intend to overturn the Roe v. Wade who has been protecting the law there since 1973.

The Bloc Québécois believes that Ottawa should meddle in its affairs or it may unintentionally make changes that could limit the right to abortion. "Parameterizing will open a debate on what is enough, what is enough, what is not enough," said its leader, Yves-François Blanchet. There will have to be a ceiling on this system, whereas at the moment, it is as if there is a principle that must be recognized,
which is that it is a health issue. »

"Shame on Quebecers!"Like mandatory vaccination, the Liberals do not hesitate to make abortion a partisan issue even though
the threat to this right is in the United States and not in Canada.

Tempers flared during Question Period when Liberal MP Sophie Chatel denounced the silence of the ten Conservative Quebec MPs on the right to abortion that is at risk in the United States.

"It's going to be lying, sacrament," exclaimed MP Gérard Deltell, one of the only ones who had agreed to answer questions from the media the day before. The Conservatives had been instructed to avoid discussing the subject.

"This is an issue that has been resolved for [decades] in Canada and that's good," he said.

The planted question put by Ms. Chatel to Mr. Trudeau allowed the Prime Minister to launch an attack in good standing against his opponents that ended in "shame on Quebeckers", then raising the anger of the Bloc Québécois. He later apologized,
saying that he meant "shame on the Quebec Conservatives."

Earlier in the day, Trudeau reiterated his government's position. "The free choice of a woman belongs to her alone," he said before the weekly Liberal caucus meeting. All women in Canada have the right to safe and legal access to abortion and Canada, our government, will never back down in defending women's rights here at home and around the world. »

New Brunswick, singled outAccess to abortions remains difficult in New Brunswick, where the Progressive Conservative government refuses to fund the procedure at a Fredericton clinic, the only one of its kind in the province. For it to be covered by Medicare, women must turn to one of the province's three hospitals, in Moncton and Bathurst, to obtain an abortion with the attendant delays.

In 2021, the federal government withheld $140,000 from the province's health transfer because it refuses to fund abortions in private clinics. Last March, an amount of $64,850 was again deducted.

Ontario also saw its payment reduced by $6560 in March due to fees charged to patients at some clinics.

"I asked Minister Duclos and Minister Ien to follow up to see what the legal framework that could be improved, that we could need to ensure that not only now, but under any other government in the future, women's rights are protected," Trudeau said in the morning.

For NDP MP Don Davies, the penalties need to be increased. "It is an appropriate response to withhold enough
money for the province to correct course," he said.

The Liberals' election platform contains four promises to guarantee the right to abortion. In addition to making regulations under the Canada Health Act to improve access to abortions, they pledged $10 million for Health Canada to develop a portal with "accurate, non-judgmental" information on reproductive rights, up to $10 million over three years to local organizations,
and to eliminate charitable status for anti-abortion groups.