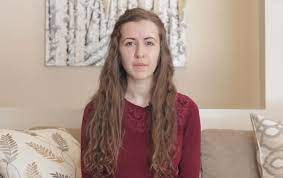 In March 2021, Garifalia Milousis described her struggle with mental illness in a viral video

. “Had someone been willing to assist my suicide during one of those lows, I know the life I’ve lived would not have happened,” she said. “As someone who struggles with mental illness, I don’t need someone to tell me how to die. I need someone to tell me to stay.”
In Garifalia’s case, she was told to stay. But others are not. Existing safeguards around medical assistance in dying (MAID) are insufficient to protect the vulnerable, even as Canada seeks to expand it further.

A recent petition campaign tells the story of Donna Duncan, a psychiatric nurse who dedicated her life to helping those with mental illness. Donna’s daughters explain that Donna had no terminal illness, but suffered from depression as a result of a prior injury. They also blame the isolation caused by COVID-19 for her decline in mental health. She was approved for MAID on Oct. 24, 2021, and it was administered just five days later. Her life was ended less than four hours after being released from a psychiatric unit due to her depression.

That this happened even while mental illness on its own is not yet an acceptable eligibility criterion for MAID shows the power of activist doctors and the risk to vulnerable Canadians.

Canada’s euthanasia law already has some of the least safeguards in the world. And on March 17, 2023, unless the law is changed before then, MAID will be readily available to Canadians who suffer from mental illness.

Adding mental illness to the scope of MAID means it can be offered to a senior who suffers from dementia, or a young adult who struggles with anxiety and depression. Expanding MAID to those with mental illness will vastly increase the amount of people who end their life that way.

Multiple psychiatrists, psychologists, and other mental-health workers have expressed concern that expanding MAID to those with mental illness will hurt those who suffer. It may prevent them from asking for help because they are worried about being offered MAID. It might cause them to think their illness is incurable when various treatments have not yet been tried. It could cause
them to lose hope and influence their desire to die.

Those who struggle with suicidal thoughts need suicide prevention, not suicide assistance. Expanding MAID to those with mental illness undermines the progress we have made as a country to reduce the stigma around mental illness. Rather than offering people a way to die, we must provide the supports they need to live.

There is still time for Parliament to repeal the clause that will expand MAID eligibility to mental illness before it comes into effect. Canada should focus on increasing mental-health supports and improving access to those supports instead of offering MAID, not alongside MAID.