Many police chiefs across the
​country oppose Bill C-75 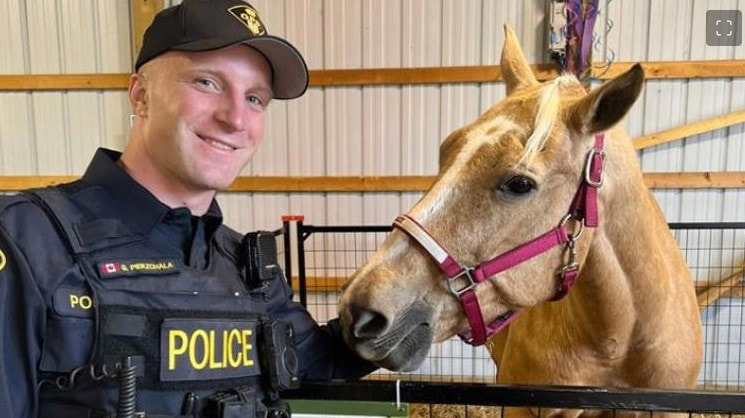 Quebec's police chiefs are joining forces with other police chiefs in Canada to call on the Trudeau government not to ease the release process for violent offenders charged with gun crime.

An official letter was sent Thursday to federal Public Safety Minister Marco Mendicino to review sections of Bill C-75 that aims to streamline the release process for violent and repeat offenders charged with gun crimes.
It is clear to me: if you have a gun, you are criminalized, you are a repeat offender. And [if] you shoot in the street, on someone, you should stay in prison, "said Pierre Brochet, president of the Association des directeurs de police du Québec (ADPQ).

Laval Police Director Brochet believes there are other ways to reduce the overrepresentation
of certain communities across Canada involved in gun crime.

Imagine. Our police officers are chasing criminals. The procedure is dangerous. It brews because they don't want to be arrested. They have loaded guns. And there, they do not stay in prison, even if they are accused, "he pleads.

Bill C-75 deals with bail. The federal government wants not to detain people as quickly as possible. But we think it doesn't serve our communities well," says Pierre Brochet.

In the letter, a copy of which was obtained by Radio-Canada, the ADPQ indicates that it was deeply shocked by the recent, tragic and preventable death of police officer Grzegorz Pierzchala.

This is why all police chiefs in our province want you to intervene so that this kind of gratuitous act is avoided in the future, not only for the protection of those who ensure public safety on our territories, but also for that of all Canadian citizens," she wrote. 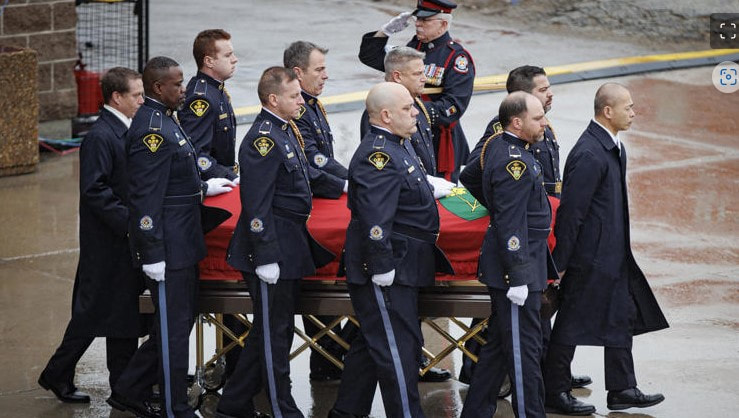 Court documents showed that several months before the shooting that claimed the life of the officer, one of the two suspects accused of the murder, Randall McKenzie, 25, had been released after a review of his case despite the charges of assault and possession of weapons against him.

An arrest warrant was issued because he failed to show up for a hearing last August, according to court documents.


Police officers from across the country came to support Grzegorz Pierzchala's family and colleagues.© Evan Mitsui/Radio-CanadaSince Constable Pierzchala's death, there have been increasing calls from across Canada for the federal government to reform its bail policy.

According to our information, the Quebec government is continuing its discussions with its counterparts in other Canadian provinces to put pressure on Ottawa to reverse its decision to change the penal system that affects releases in firearms-related cases.

Article by Pascal Robidas
Many police chiefs across the country oppose Bill C-75 (msn.com)
up