March for Jesus: 10,000 Christians gathered to proclaim the love of Jesus in Paris

The March for Jesus, an annual national event, took place this Saturday, May 21 in Paris. 10,000 people marched through the streets of the capital to proclaim the love of Jesus.

On Saturday, May 21, after two years of forced pause due to Covid-19, the March for Jesus took place in Paris. A national event that brought together 10,000 people, according to police and organizers, from all over the France.

Paul Olivier Pluquet, president of the Federation of the March for Jesus France (MPJF) describes a joyful and peaceful gathering where all generations (with a majority of young people between 25 and 35 years old), ethnic groups and Christian sensibilities were represented.

The March was punctuated by time of praise, intercession, prayer, repentance, evangelization before concluding in apotheosis with a moment of rejoicing and celebration on Place Denfert-Rochereau.

An event that testifies to unity among Christians as explained by one of the vice-presidents of the MPJF, André Raoilison. "We are driven by this vision of bringing together those who confess the name of Jesus," he tells us, quoting the Bible verse they received for this event:

"There is no salvation in any other; for there is no other name under heaven that has been given among men, by which we were to be saved. Acts 4:12

For this is the only demand of this March: to proclaim the love of Jesus to touch hearts!

A successful bet since, according to a post on Instagram, thousands of leaflets and Gospels
were distributed in the streets of the capital on this occasion. 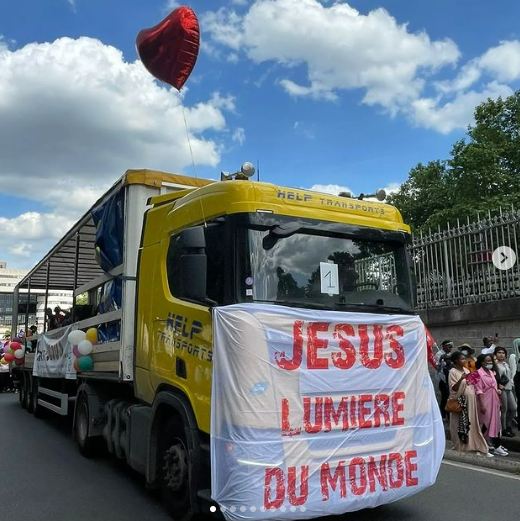 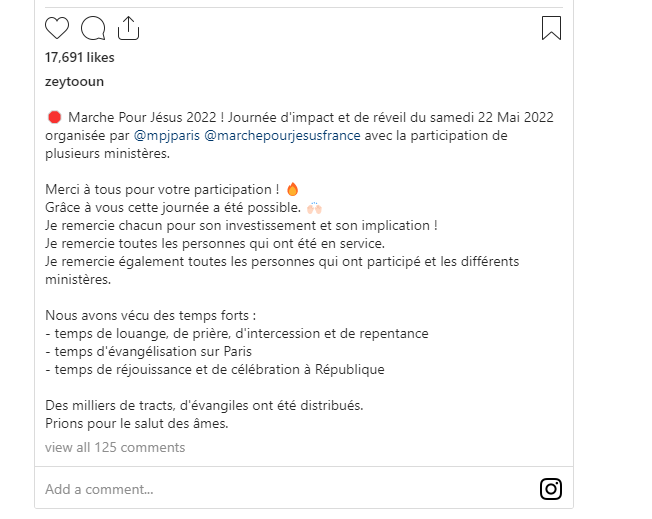 ​According to Paul Olivier Pluquet, their goal for next year is to organize as many Marches as possible so that this surge of love and unity, witness to the Good News of Christ, spreads and ignites the hexagon!
INFO CHRÉTIENNE
March for Jesus: 10,000 Christians gathered to proclaim the love of Jesus in Paris (infochretienne.com)
up