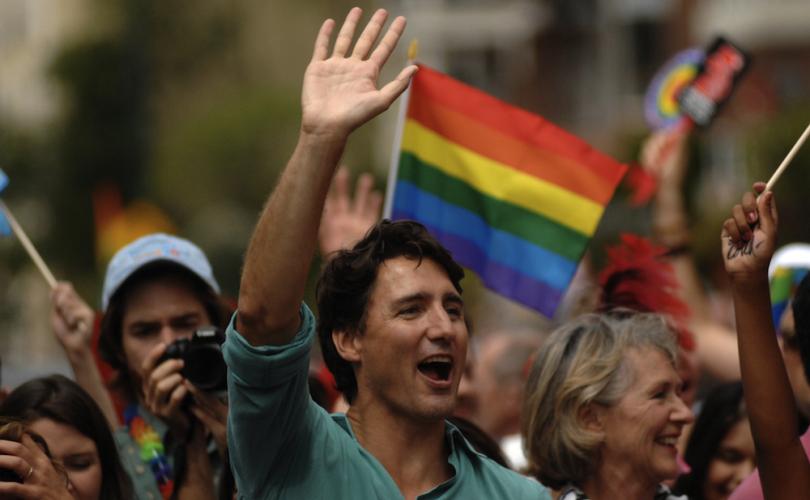 OTTAWA, Ontario, November 19, 2020 (LifeSiteNews) – Justin Trudeau’s Liberal government has introduced a bill which, if it becomes law, will require broadcaster to include content that reflects “Canadian expression” from Canadians of different “sexual orientations, gender identities and expressions, and ages.”

Described as an “Act to amend the Broadcasting Act and to make related and consequential amendments to other Acts,” Bill C-10 quickly passed its first reading after it was introduced in the House of Commons on November 3 by Prime Minister Trudeau’s Heritage Minister Steven Guilbeault.
The new class of “online undertakings” outlined in Bill C-10 would be regulated by Canada’s broadcast regulator, the Canadian Radio-television and Telecommunications Commission (CRTC), for the “transmission or retransmission of programs over the Internet.”

Entities classified as “online undertakings” would not have to be licensed by the CRTC. However, social media companies and content generated by individuals as well as text-based news websites are exempt from having to obtain a license.
The bill raised alarm bells with a Canadian constitutional lawyer who spoke with LifeSiteNews.

Jay Cameron, a lawyer for the Canada-based Justice Centre for Constitutional Freedoms told LifeSiteNews that Bill C-10 is the “first part of the push” amongst the Trudeau Liberals to limit or regulate speech online that does not follow the party ideology.”

“It is clear from recent statements by the PM and the Heritage Minister that the federal government wants to increase control and penalties for speech and content that is not approved of by the ideologues in the Liberal Party. Unsurprisingly, the purpose of Bill C-10 is not to increase freedom of ‘thought, belief, opinion, and expression’ (section 2(b) of the Charter) but to further restrict it,” Cameron told LifeSiteNews.

“Bill C-10 is the first part of the push. Production of content ought to be driven by the demand of Canadian consumers, not controlled by what Ottawa thinks Canadians ought to be watching.”

Cameron also told LifeSiteNews that everyone should be “wary” of the Trudeau Liberals, especially when they start “tinkering with publishing, broadcasting, and the internet given past comments about how free speech ought to be limited and how online speech/content needs to be regulated.”

According to a backgrounder from Guilbeault’s Ministry of Heritage regarding Bill C-10, the bill will “clarify that online broadcasting services fall under the Act and it will ensure that the CRTC has the proper tools to put in place a modern and flexible regulatory framework for broadcasting.”

“These tools include the ability to make rules, gather information, and assign penalties for non-compliance. Additionally, the Bill will support greater diversity and inclusion in the broadcasting sector, ensuring the promotion of a broad range of Canadian views and talent,” reads the backgrounder.

Bill C-10’s creation of “online undertakings” as a “distinct class of broadcasting undertakings” would include essentially any service which uses the internet to transmit a program in Canada.

The so-called “online undertakings” will be subject to yet to be determined regulations from the CRTC.  These regulations will fall mainly under the direction of the CRTC, however, the bill states that more “diversity and inclusion” is required for “Canadian content” produced by broadcasters.

This content would have to reflect “Canadian expression by providing a wide range of programming that reflects Canadian attitudes,” by the way of “Canadians from racialized communities and Canadians of diverse ethnocultural backgrounds, socio-economic statuses, abilities and disabilities, sexual orientations, gender identities and expressions, and ages.”

Bill C-10 will also give Canada’s main broadcast authority the power to force large online streaming services such as Netflix and Disney+ to comply with regulations to “support greater diversity and inclusion in the broadcasting sector,” and also issue fines for non-compliance.

Under the new bill, popular online streaming companies would have to provide more “Canadian content” reflecting Canadian “values” as is currently the requirement for traditional TV and radio stations.

The streaming providers will also be required to make financial contributions to support “Canadian content” which according to the government would bring in as much as $830 million annually.

Gwen Landolt from Real Women of Canada told LifeSiteNews that Bill C-10 is a “confusing” piece of “left-wing legislation” that was created to serve special interest groups.

“It’s bizarre, this thing is not directed to Canadians at all, but to minorities, it's scary what they are doing, there is no balance,” Landolt told LifeSiteNews.

“I’m worried, this is a badly drafted price of left-wing legislation which is to enable and advance identity groups, including transgender and homosexual groups…It’s not going in a balanced fair, direction, it’s identity politics.”

Cheryl Gallant, Conservative Party of Canada (CPC) Member of Parliament for Renfrew-Nipissing-Pembroke, wrote in a blog post that Bill C-10 is “a dangerous new Liberal bill” that will put a “tax on your TV.”

“Bill C-10, An Act to Amend the Broadcasting Act and to make related and consequential amendments to other Acts, is a dangerous new Liberal bill that hands unbridled power to the government.”

Gallant also put out a call to all of those who “oppose Bill C-10” to contact their local MP via a web form
she provided at the bottom of her blog post.
Dr. Michael Geist, a law professor at the University of Ottawa, called Bill C-10 Guilbeault’s “get money from web giants Internet regulation bill,” in an opinion piece he wrote in early November.

Geist commented that Bill C-10 “places the CRTC in an enormously powerful position” in that it “will determine how Internet streaming companies must financially contribute in Canada.”

“Canada is set to become a highly regulated market for Internet streaming services and the uncertainty regarding those costs are sure to have an impact. The regulatory process will take years to unfold with a call for public comment, a lengthy hearing, the initial decision, applications to review and vary the decision, judicial reviews, and potential judicial appeals,” wrote Geist.

In September, CPC MP Derek Sloan commented on social media his concerns over any future law
which looks to regulate the internet by Guilbeault.

“Canada’s Heritage Minister has drafted a plan to regulate information on the internet. Appropriately, his document is secret.
This has no place in a Canada any of us would recognize,” wrote Sloan on Twitter in September.

Guilbeault hinted he would ‘regulate’ online media in early 2020

The idea of both regulating the internet and forcing providers to pay for more “Canadian content”
was floated by Guilbeault at the start of 2020.

In February, Guilbeault caused free speech advocates to sound the alarm after he said that the Trudeau government was looking at making online news websites and social media platforms obtain a government license in order to be allowed to operate in Canada.

Despite taking back those comments after a barrage of protest, the controversial Liberal government report titled “Canada's communications future: Time to act,” submitted by Janet Yale, Chair of the Broadcasting and Telecommunications Legislative Review Panel, recommended that media news outlets be required to be registered in Canada.

The report said that Canadians “should have access to trusted, accurate, and reliable sources of news reflecting national, regional, and local perspectives from diverse sources and across all platforms.”

In September, Guilbeault’s department told Blacklock’s Reporterthat those who wanted to read documents about internet regulation in Canada they called  “confidential discussion paper detailing the regulations” had to first obtain the documents in the way of an ‘Access To Information’ request, which requires a fee.

Lisa Bildy, a lawyer for JCCF told LifeSiteNews at the time her concerns over the idea of regulating the media, saying that any time a government gets involved in the regulation of the press, even if it's billed as protecting citizens from harm, there should be cause for concern.”

“A free and independent press is a cornerstone of democracy and liberty,” she said.

The backgrounder on Bill C-10 from the Heritage Ministry states that once the bill has been passed by parliament, Guilbeault intends to ask the “Governor-in-Council to issue a policy direction to the CRTC on how it should use the new regulatory tools provided by the Bill.”

“In consultation with stakeholders, the CRTC will develop and implement new regulations to ensure that both traditional and online broadcasting services, including internet giants, offer meaningful levels of Canadian content and contribute to the creation of Canadian content in both Official Languages,” reads the backgrounder.

On the day Bill C-10 was introduced into parliament, Guilbeault said clearly that this bill is but the first volley of things to come when it comes to regulating the internet.

“There are a number of things that we’re not addressing today that were in the Yale report,” Guilbeault said to reporters.

“We are working on other elements of changes, of modernization to the Canadian ecosystems, but these elements will come further down the road ……to look at another category of web giants, not the same one we’re talking about today, but Facebook and Google and their impact on the Canadian media ecosystem. We are working on tabling a bill to tackle that issue very, very soon.”