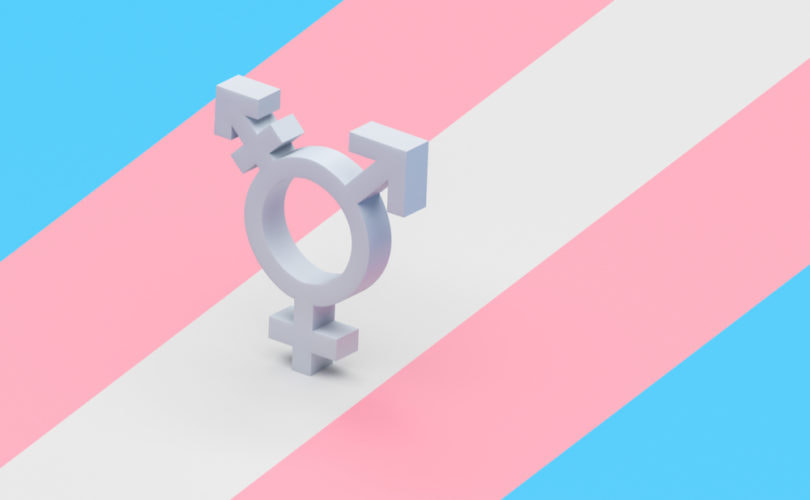 (LifeSiteNews) – Gender-confused individuals should not be having surgeries or drugs to “transition,”
according to statements and studies from credible medical experts.

This series is meant to be a resource for confronting LGBT activists and
helping gender-confused individuals realize the harms of “transitioning.”

“If you are interrupting that with clearly the intent of never having it go the direction that nature intended, with biological males ending up as adult males and biological females ending up as adult female, if you interrupt that, you are basically setting up a disease state,” Van Meter told LifeSiteNews in 2021. “And then on top of that, the purpose is clearly in the vast majority of kids that get on puberty blockers, they will not be allowed to go through their own natural puberty. They will be held back and then given cross-sex hormones.”

The use of puberty blockers is a gateway to surgical mutilation of healthy body parts, Dr. Van Meter stated. “So it’s a conveyor belt. And once that patient is placed on the conveyor belt of puberty blockers, they are carried down the assembly line to cross-sex hormones. And then at the end, have an option to do surgery to mutilate their bodies to appear like the opposite sex.”

Hormone blockers have had psychiatric side effects for years in adults who used them
for FDA-approved purposes, not for off-label use in gender-confused individuals.

Like Dr. Van Meter, Laidlaw warns that puberty blockers generally lead people to more hormones and surgeries, even though “[a majority of] children who experience gender dysphoria but are allowed to go through puberty normally,…do not persist in identifying with the opposite sex.” The claim that the effects of puberty blockers are reversible is creating an “urgent public health problem.” There could be bone, brain and pelvic problems due to the delay in development.

“When puberty blockers are used on a young girl, along with the drop in bone density relative to her peers, her pelvis will be ‘frozen’ in a childlike configuration,” Dr. Laidlaw explained. “It is not known if stopping puberty blockers by a certain age might still allow a window of opportunity for the female pelvis to reach optimal configuration for birth.”

“A pelvis that is not optimally configured for birth could put mother and baby at increased risk for obstructed labor. Obstructed labor is a condition in which the baby does not leave the pelvis during childbirth due to being physically blocked, even if the uterus is contracting normally,” he wrote. “Complications include the baby not getting enough oxygen, which may result in death. For the mother, risks include infection, postpartum bleeding, uterine rupture, and obstetrical fistula.”

“The Pediatric Endocrine Society’s statement that puberty-suppressing agents are reversible is highly deceptive,” he concluded. “Adolescents can never regain the years that are lost to the blockade of normal bone, brain, and pelvic development.”

Meanwhile three medical professionals conducted a review of literature on transgender procedures
and warned that there are severe issues with so-called “gender-affirming care.”

“While there is much that is not known with certainty about gender dysphoria, there is clear evidence that patients who identify as the opposite sex often suffer a great deal. They have higher rates of anxiety, depression, and even suicide than the general population,” Washington University School of Medicine professor Dr. Paul Hruz wrote, along with Johns Hopkins’ psychiatrists Dr. Lawrence Mayer and Dr. Paul McHugh. “Something must be done to help these patients, but as scientists struggle to better understand what gender dysphoria is and what causes it, it would not seem prudent to embrace hormonal treatments and sex reassignment as the foremost therapeutic tools for treating this condition.”
​Florida Surgeon General: Hormone treatments and surgeries are not safe for children Dr. Joseph Ladapo has an M.D. and PhD in health policy, both from Harvard. As Florida Surgeon General, his team reviewed the data and literature on pediatric transgender surgeries and drugs and concluded that they should not be allowed.

The state department of health noted there is “a lack of conclusive evidence” for “gender transitioning” and “the potential for long-term, irreversible effects,” and noted that systematic reviews on hormonal interventions “show a trend
of low-quality evidence, small sample sizes, and medium to high risk of bias.”

“Based on the currently available evidence, ‘encouraging mastectomy, ovariectomy, uterine extirpation, penile disablement, tracheal shave, the prescription of hormones which are out of line with the genetic make-up of the child, or puberty blockers, are all clinical practices which run an unacceptably high risk of doing harm,’” the guidance added, including a recent article published
in the Journal of Infant, Child, and Adolescent Psychotherapy.

“Social gender transition should not be a treatment option for children or adolescents,” the memo concluded.
“Anyone under 18 should not be prescribed puberty blockers or hormone therapy.”