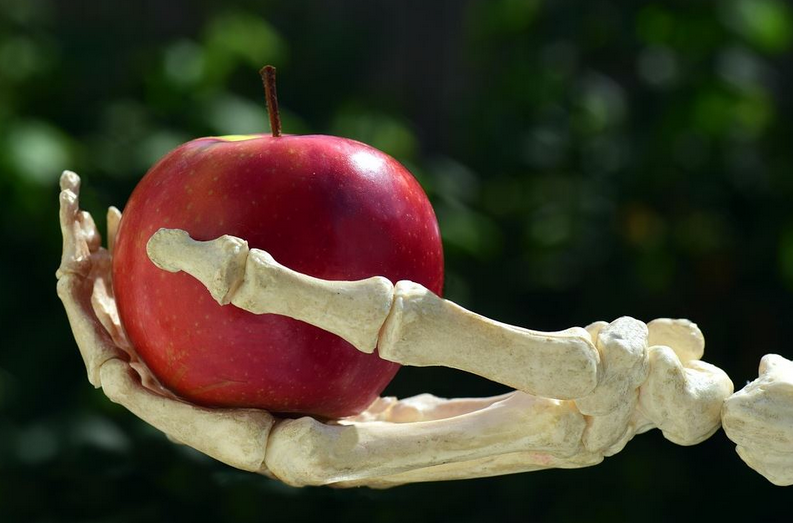 The deadly connection between moral questions and the Culture of Death

Many individuals who identify with the pro-life and pro-family movements do not fully appreciate the extent of the deep connections that bind various social problems together. Contraception, abortion, euthanasia, divorce, pornography, “gay” marriage, gender ideology (to name only the most important) do not only fall into the category of social or spiritual problems. Rather,
they are linked together, and more importantly, they talk to each other.

There is an internal logic to the Culture of Death, if it is not short-circuited by a return to perennial truths, causing it to bite its tail so to speak. Death leads to death, loneliness and isolation, leading to more and more loneliness and isolation. A dynamic of which the founder of Human Life International , Father Paul Marx, OSB was fully aware. He says in From Contraception to Abortion that, "In every country, without exception, contraception has led to abortion, abortion to infanticide and this to full-blown euthanasia. When the object of sexuality is no longer procreation or the family, the homosexual pressure movement shows its hideous head.

One of the most underrated areas where we see this perverse logic in action, as mentioned by Father Marx, is the relationship between contraception, anti-natal mentality and the growing demand for the legalization of euthanasia and medical assistance in dying.
Many anti-life activists believe that they defend the legalization of euthanasia, believing that they are defending the principles of "freedom" and "autonomy". What they don't realize is that they respond to the pressure of the need to find a "solution" to a growing problem, which largely exists only because their ideology created it; through the destruction of the family structure and the promotion of an antinatal mentality which has stolen the children, whose families and society are in desperate need.

Even the mainstream media and liberal politicians are aware of this series of problems caused by the demographic winter, the result of the conspiracy of alarmists of overpopulation and the sexual revolution. Take this recent article from the Canadian Globe and Mail ,
a far left newspaper, but widely read by everyone. In this article, author John Ibbison warns that the social
and financial tsunami is imminent and is caused by a very low level of fertility.

The catchphrase below the title sums it up well: “Each generation has fewer and fewer children, and therefore fewer people to take care of us in our increasingly longer lives. A serious situation that we ignore at our own peril. This crisis is a simple mathematical question. Many of our social and financial structures were built on the assumption that there would be a large population of healthy young people who would enter the workforce, pay their taxes, and support their parents and families. Unfortunately, the young people are no longer there.

The fertility rate in Canada and across the western world fell sharply in the early 1960s. After peaking at approximately four children born per woman in the late 1950s, the rate fell rapidly in Canada to approximately one child and half. According to Statistics Canada , in Canada 1971 was the last year in which the fertility rate was still at the replacement level. For the next five decades, the country had a birth rate below the replacement level. Immigration is the only thing that keeps the population stable in the country. Michael Nicin, the executive director of Ryerson University's National Institute on Aging, told The Globe and Mail: "This is a fundamental and paradigmatic
change in society and for too long we have been hiding our heads in the sand. "

Ibbison says the decline in fertility has coincided with the increase in longevity and that now we have an aging population of retirees who are living longer than before. There is already an increase in the number of couples reaching retirement age and beyond, and many of them,
as Ibbison claims, do not have enough savings to support themselves or their health until 'upon their death. In addition,
they have no children to rely on to support themselves, or more importantly, to care for and keep them company,
which is vital to their happiness and well-being. Finally, since everyone has stopped having children,
there will be no workers or tax dollars to allow the government to pay the bill for long-term care.
Bring in euthanasia

Is it really surprising that Canada has legalized euthanasia for several years?
Proponents of euthanasia will certainly deny this fact. As mentioned above, they think they are arguing for what is right based on an impartial principle. They believe that the “right to die” or that “to die with dignity” is a human right and that they are altruistic crusaders ready to do anything to press the government to protect this right. In reality, they only drive the nails from the Culture of Death coffin themselves.

A healthy society does not seek to find measures to ensure that the elderly and the most vulnerable have the easiest solution to commit suicide. In a healthy society, there should not even be a demand for euthanasia or assisted suicide as it exists now. In a healthy society, the elderly end their lives with dignity, surrounded by their family and their loved ones. All surrounded by a community of relationships that supported them during their lives and that will support them when they leave this world for the next life. Very few people in these human situations take the time to think about whether they want to commit suicide and how to do it.

However, in a society which has been built on the principle of radical autonomy, which explicitly repudiates the centrality of relationships of dependence and love, and above those which exist in the family, it will be inevitable that the rate of elderly and isolated, alone, suffering and embittered rises. If, moreover, this society has enthusiastically welcomed the utilitarian and consumerist values ​​in which the value of life is judged by the level of pleasure or social utility, then these same elderly people will be perceived by others - worse, will see themselves - like dead and monetary weights, costing time and money, and taking up mental energy that they cannot afford to waste. In other words, if there is now a demand for euthanasia and assisted suicide, it has only been created by the Culture of Death,
by the installation of contraception, antinatalism, abortion and the divorce.

No one I know promotes euthanasia as an economic device. In nations where euthanasia is legalized, there are a multitude of macabre stories where the elderly have been pressured to choose euthanasia; pressures often from long-term care workers, underpaid and overwhelmed with work and fighting for limited public funding. This is the logic of the thing. An elderly, single person can cost the government hundreds of thousands of dollars if he or she overcomes a particular medical condition and continues to live another five or ten years. Why not just encourage them to end their suffering once and for all now and sign on the dotted line?

I wrote in these same columns last year:

During a papal audience with Pope Saint John Paul II in 1979, Fr. Marx offered his reflections to the Holy Pope, saying to him: "Once contraception is widespread, what is to come is predictable. In all countries contraception always leads to an immense number of abortions. He further emphasized: "Once you have contraception and legalized or widespread abortion, the birth rate goes down, the nations collapse; young people are like their parents in the abuse of sexual relations and a large number of people live together without the benefits of marriage. As if he had been able to see the future, Fr. Marx showed the link between contraception, abortion and euthanasia. He said to her, "If you can kill before birth, why can't you kill after birth?" This is why euthanasia is inevitable. "
The slippery slope

Not only is euthanasia in a certain sense "inevitable", or at least the logical consequence of accepting contraception and antinatalism, and so also the gradual expansion of euthanasia, once accepted. This “slippery slope” phenomenon is well documented in the Netherlands where euthanasia is now available for individuals suffering from mental illness. In the Netherlands it is illegal for a person with depression to shoot themselves in the head, but it is perfectly legal for that person to be administered a lethal injection, if the poison is provided by a licensed doctor, all at taxpayer expense. This is the double thought that we are increasingly called to cheerfully accept.

These pro-euthanasia activists always say that they only want euthanasia to be available in very specific situations and in "extreme" cases. However if the most recent experiences are of no indication, it turns out that there are many more "extreme" cases than a few. A court [… of Quebec] decided that a requirement of Canadian law , concerning euthanasia and medical aid in dying (recently adopted), requesting that death be “reasonably foreseeable” for their administration, was unconstitutional . It was only in 2016 that the Supreme Court of Canada suddenly "discovered" this right to physician-assisted dying and euthanasia in the constitution. Now, three years later, another court has somehow discovered a "right" saying that people who are not at the end of their lives can ask a doctor to help them die! Unless Canadian pro-life activists and advocates for the disabled mount fierce opposition, this will undoubtedly be the beginning. It will only be a matter
of time for those suffering from depression, dementia or other non-terminal illnesses to become "eligible",
and to be put under pressure (subtly or not) to rush them into euthanasia or medical assistance in dying.

When we talk about the gruesome logic of the Culture of Death, it turns out that in Canada, there has been a large increase in organ “donations” . Who are these organs from? Individuals who legally took their own lives or were killed by doctors *. The mainstream media believe the situation is a magnificent thing. But in reality, it is the monstrous fruit of the Culture of Death. Elderly people or patients who by utilitarian standards have exhausted their “usefulness” are told that they can have a positive impact by helping others with their organs, if they decide to end their miserable existence prematurely. Obviously, in these cases there is the advantage that the organs are wonderfully "fresh". This is the Culture of Death in action. Death calls death.
up