Minister Qualtrough wants to prevent professionals from starting the discussion 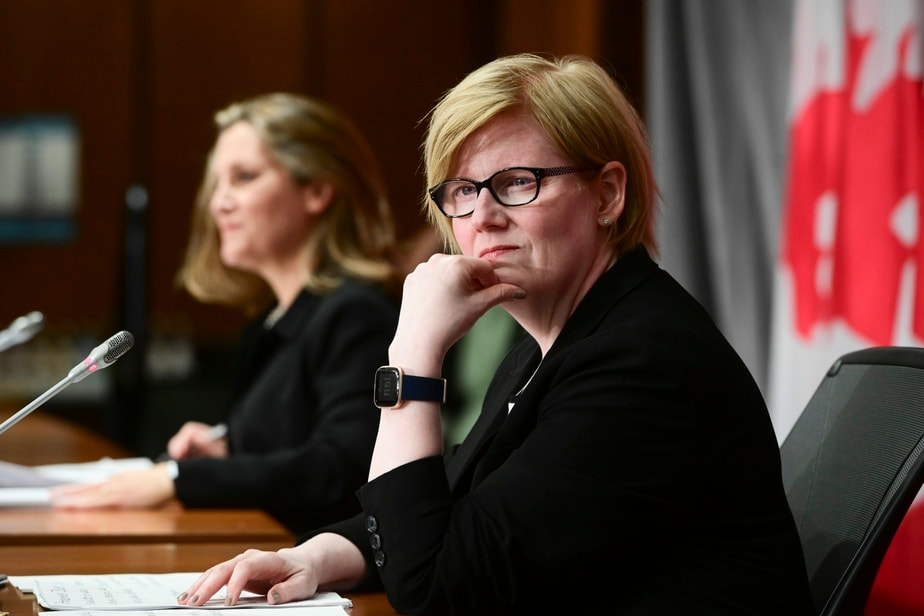 Federal Minister for Disability Inclusion Carla Qualtrough
(Ottawa) Disability Inclusion Minister Carla Qualtrough says medical professionals should not be allowed to discuss assisted dying with their patients until they ask questions of this subject, and she is prepared to amend the law to make it clear.
However, some healthcare practitioners disagree with his point of view, believing it is their duty to discuss all available options with their patients to ensure their informed consent. The Canadian Nurses Association has urged the government to make it explicit in law that medical professionals can initiate discussions about assisted dying with their patients.

Minister Qualtrough made the comment Thursday during her testimony before the Senate Legal Affairs Committee, which is considering a bill that would expand access to medical assistance in dying for people who do not meet the criteria of "death.
Reasonably Predictable Natural ”currently in effect.

She also told the committee that she was prepared to consider an amendment to the bill to impose a 12-month review clause of the provision prohibiting people with only mental illnesses from seeking assisted dying - an exclusion that she said. legal experts have ruled unconstitutional.

Disability rights groups strongly oppose Bill C-7, which they say suggests to people with disabilities that their lives are not worth living.

Driven to ask for assisted dying

Conservative Opposition Senate Leader Don Plett brought up the case of Roger Foley, a 45-year-old man with a neurodegenerative disease that left him unable to move or take care of himself.

Earlier this month, Mr Foley told the House of Commons justice committee that medical staff urged him to seek medical assistance in dying when he requested home care. He took his claim to court, arguing that his right to “assisted living” had been violated.

Minister Qualtrough told Senator Plett that she was "gravely concerned" about what happened to Mr. Foley. "And I can tell you that he is not the only one," she added.

She said she heard testimony on several occasions from people who were dismayed to discover that a disabled person in their family had been offered assisted dying without asking for it.

“I think this has to stop […] It really speaks to an underlying systemic discrimination that we can no longer shut up in this country. "

M me  Qualtrough initially suggested that it belonged to the colleges of physicians in each province to regulate the issue. She also argued that the federal government - which is rushing through the bill before the court-imposed Dec. 18 deadline - has not had time to address all the outstanding issues in the law.

But, urged by Senator Plett to explain why the bill could not be amended to specify that discussions on assisted dying must be "patient-initiated", the minister said she would "certainly be willing to consider this ”.

Earlier this week, the executive director of the Canadian Nurses Association, Michael Villeneuve, told the committee that the law should explicitly allow health care practitioners to raise the issue with patients.

Mr Villeneuve, an intensive care nurse, said he had never seen a case where a patient was pressured to seek assistance in dying. On the contrary, doctors and nurses are reluctant to talk about this topic, he said.

“The intention is not to coerce, but rather to open a conversation about the legally available options. "

Offer all options to the patient

Dr. Stefani Green, president of the Canadian Association of Assessors and Providers of Physician-Assisted Dying, told the committee earlier this week that there were circumstances where a practitioner would need to raise the issue with a patient. For example, in some cases the patient does not know that he would have the right to avail himself of assisted dying.

“One could argue that it might not be professional not to put all the options on the table in such a situation,” said Dr. Green. “It's the same when you describe the chemotherapy options. You should put them all on the table if they are available, not just one. "

Jocelyn Downie, professor of law and medicine at Dalhousie University in Halifax, said that educating patients about all the options available to them is "a fundamental principle of Canadian consent law."

"An amendment that prohibits raising the issue would be a cruel amendment and go against well-established statutory, legal and professional standards," she said Thursday. “It would probably cool discussions about physician-assisted dying as well, as clinicians might fear liability. "

The New Democratic Party proposed an amendment in the House of Commons justice committee to clarify that raising the issue with a patient would not constitute a criminal offense. This amendment was rejected.

A number of senators on the Legal Affairs Committee have raised objections to the provision of the bill that would ban assisted dying for people with mental illness only. They argued that this would violate the right to equality guaranteed by the Canadian Charter of Rights and Freedoms and predicted that this clause would eventually be struck down by the courts.

Senator Stan Kutcher, a psychiatrist who is a member of the Independent Senators Group, asked Minister Qualtrough if the government could consider an amendment that would remove this exclusion, adding instead a provision that would not allow assisted dying for those with the disease. mental illness only for one year, while guidelines would be developed to regulate how the procedure might be authorized for such people.

"I think we could do it," replied the Minister. “Yes, we want to make this law as good as possible and we will take a very, very serious look at anything the Senate puts before us. "
up