return
Section 204 of the provincial Municipal Taxation Act exempts places of worship and other religious infrastructure from paying property taxes. 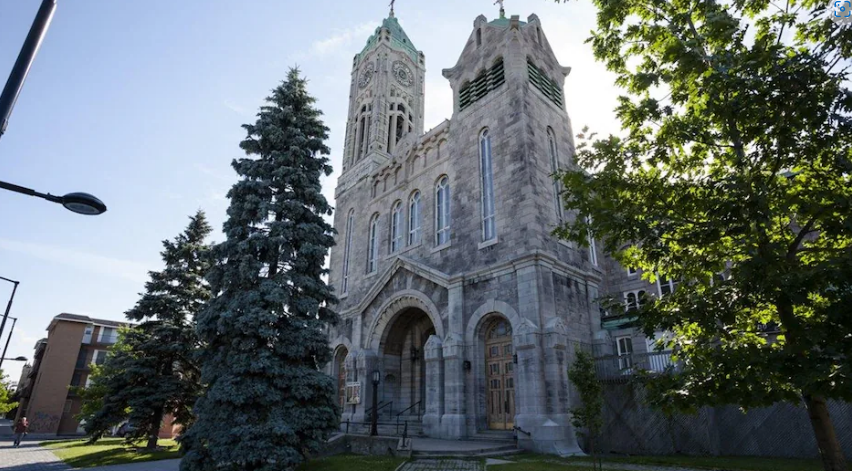 In search of new revenues to achieve a balanced budget in 2023, the Committee on Finance and Administration recalled Tuesday the tax inequity represented by the provincial exemption from the municipal tax on places of worship on the territory of Montreal.

Montréal is home to more than 900 places of worship and religious buildings, which represents a considerable loss of revenue for the agglomeration, especially in a context of economic uncertainty and inflation. Property taxation remains the City's main source of revenue.

But section 204 of the provincial municipal taxation act exempts places of worship
and other religious infrastructure from paying property taxes.

That is why the City's Financial Commission believes that this uncollected share of property taxes should be reimbursed by the province.

« Considering that the decision comes from the Government of Quebec and that it totals more than $180 million for municipalities. I consider it extremely relevant to claim compensation for Quebec's decision. »

— A quote from  Pierre Lessard-Blais, President of the CommissionThe President of the Commission and Mayor of Mercier–Hochelaga-Maisonneuve, Mr. Lessard-Blais, is asking Quebec to make up for these revenue losses estimated at more than $30 million in 2022. According to him, this government exemption is contrary to the principles of secularism of the state and to all the decisions recently taken by the government of François Legault on the subject.


The land exemption granted to religious institutions dates back to the18th century, when they offered many social services to the population. The mission of places of worship has changed, but the exemption remains.

And despite the adoption of Law 21 on the secularism of the State, tabled in 2019 by Simon Jolin-Barrette, no questioning of Article 204 of the law on municipal taxation has been mentioned. However, Quebec compensates municipalities
for uncollected taxes from schools, universities or hospitals.

The City says it is open to these recommendationsThe City administration said it welcomed the recommendations of the Finance Committee with great openness. These will be analyzed as part of the 2023 budget planning and the Chantier sur la fiscalité montréalaise.

« We have demonstrated our great ambition to build the future of Montreal, which we want to be greener, fairer, more accessible, while enhancing its heritage. We are aware that this future brings many budgetary challenges for cities. »

— A quote from  Declaration of the City AdministrationContacted by Radio-Canada, the Ministry of Municipal Affairs and Housing reacted Tuesday afternoon to the Commission's request. The latter considers that the discussions surrounding taxation will take place within the framework of the exchanges for the next fiscal pact.

We invite the City of Montreal to send us its requests and, as usual, we will analyze everything, wrote the office of Minister Andrée Laforest. 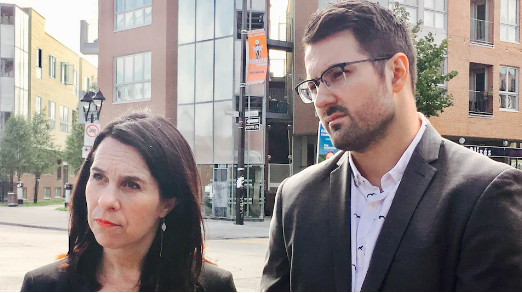 Pierre Lessard-Blais, Mayor of the Mercier–Hochelaga-Maisonneuve Borough, with the Mayor of Montréal, Valérie Plante

The Commission's recommendation, however, does not suit the opposition to the City of Montreal. It has been criticized by the mayor of Saint-Laurent and member of the Ensemble Montréal party, Alan DeSousa, who considers that a simple request for compensation, under the exemption, for a search for income is too easy.

« It does not do justice to the value of institutions in our society. It is purely an accounting year. »

— A quote from  Alan DeSousa, Opposition Finance Critic for the City of MontrealThis is only a recommendation, recalled the president of the Commission, Pierre Lessard-Blais, who does not contest the exemption from taxes for places of worship, but asks the provincial government for a refund of these amounts, in the same way as schools and health facilities.

The Commission also highlighted its Montréal 2030 Strategic Plan and stressed the importance of finding a fair, equitable and inclusive balance between maintaining infrastructure, services to the population and the imperatives related to accelerating the ecological shift.

The Office of the Archbishop of Montreal told Radio-Canada that it will not comment on the matter until a decision is made.

Radio-Canada
Montreal plans to claim from Quebec City the municipal taxes of places of worship | Radio-Canada.ca
up