More than one Quebecer dies every day 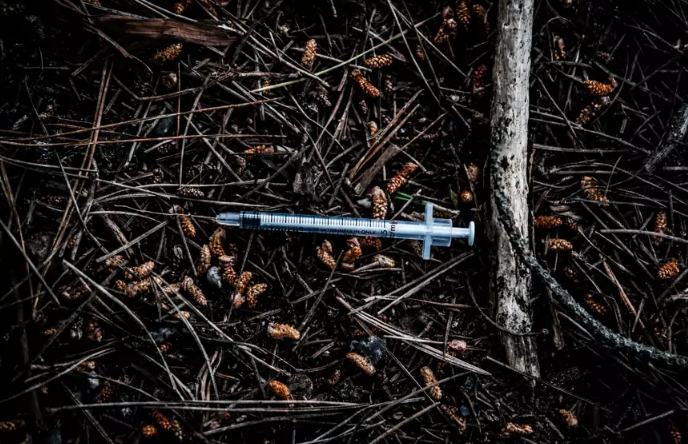 Every day, a Quebecer dies of an overdose, according to data released by the Public Health Agency of Canada this week. We are still far from the five daily deaths in British Columbia, but the death toll here remains twice as high as two years ago.

From January to September 2021 alone, 339 Quebecers died as a result of poisoning linked to one or more illicit drugs. Half would be attributable to opioids, these analgesics which contain molecules similar to morphine. The death toll is down slightly from 2020, but still significantly higher than in pre-pandemic years, although published data for these is limited to opioids only. Across the country, from January to September 2021, 5,368 lives were taken.

“An increasingly toxic drug supply, an increased sense of isolation, stress and anxiety” are cited by federal health authorities as factors that “probably contributed to the worsening overdose crisis. during the pandemic,” reads the Harms Associated with Opioids
and Stimulants in Canada , dated March 2022. 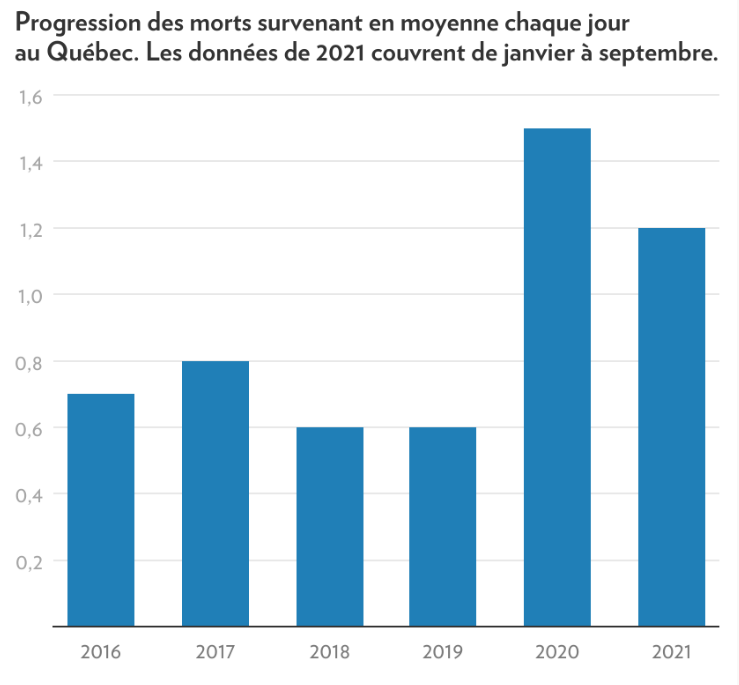 “The vast majority of opioid-related deaths continue to be accidental, and more than half also involved a stimulant (cocaine, methamphetamine, etc.), which perfectly illustrates the fact that several substances are involved in the crisis. overdoses,” Dr.  Theresa Tam, Canada’s Chief Public Health Officer, and Dr.  Jennifer Russell, New Brunswick’s Chief Medical Officer of Health ,
said in a joint statement Wednesday .

The total number of hospitalizations caused by opioid use is not available for Quebec, but Ottawa has calculated that between January and September 2021, there were 4,532 hospitalizations across the rest of the country. For the year 2021 as a whole, this should therefore rise near the peak of 5,240 hospitalizations recorded in 2020.

Fentanyl and derivativesDr. Marie- Ève  ​​Morin, a family physician who works in the field of addictions and mental health in Montreal, is at the forefront of the crisis.

It doesn't make the headlines as much as in May 2014, when there were 10 deaths in the same week in Montreal, "but in the last two years, I've lost 10 patients by overdose," she says. “Young people in their twenties, for many…” 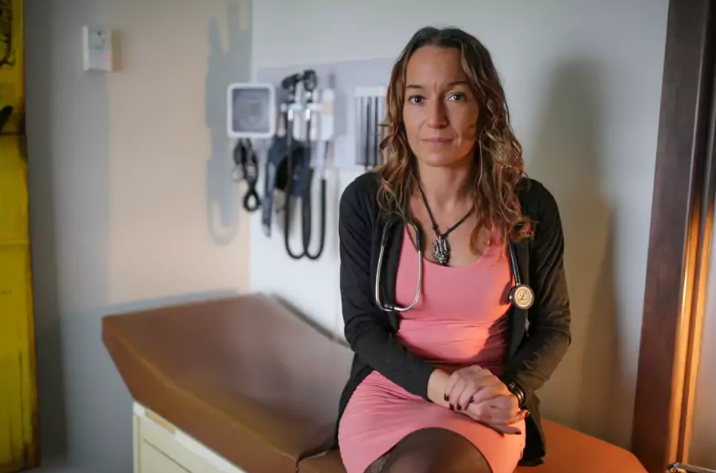 Every two weeks we see new opioids coming in that are stronger than fentanyl.

And yes, she insists, it is without knowing it that the victims consumed this opioid. “People think they're buying heroin – which, in fact, you hardly see anymore – and it's fentanyl [or its derivatives]. This is the reason why, in festivals, we often offer the analysis of substances. Contrary to what some people think, it does not increase consumption, it decreases it, because when people find out that they are about to take fentanyl, they generally abstain from it. »

In a joint statement this week, Dr.  Tam and Dr.  Russell reiterated their full confidence in public health interventions, including access to naloxone and supervised consumption sites.

They also recalled how stigmatization can accentuate the problem. “People who feel judged may not seek help or receive inadequate care when they seek it. […] We encourage all healthcare professionals to break down the stigma around substance use […] by providing compassionate, comprehensive, culturally appropriate and person-centred care. »

For her part, Dr.  Marie-Ève ​​Morin regrets that we rely so much on naloxone and not enough on the rest. Yes, it saves lives, “I have some in my purse, in my car, in my office, everywhere! – but for it to work, you have to act very quickly. In 10 to 12 minutes”.

And naloxone is the last-ditch treatment. Dr. Morin pleads  for more primary prevention, especially by raising awareness in schools and for providing access to opioid addiction treatment (particularly methadone treatment). “There are still waiting lists of people who would like to be treated, but who are not. Yet for these people, to enable them to function, it is as important as insulin for diabetics. »

With the collaboration of Pierre-André Normandin, La Presse

Original text has been edited to clarify that 2020 and 2021 data is incomplete and includes unintentional deaths that are related to all illicit drugs and are not limited to opioids and stimulants. In addition, the data comes from the Public Health Agency of Canada and not Statistics Canada. Our apologies.
LOUISE LEDUC
​THE PRESS
Illicit drugs| More than one Quebecer dies every day| The Press (lapresse.ca)
up