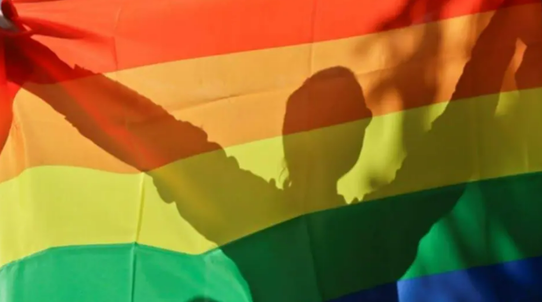 The federal government tabled a tougher new bill on Monday as part of its effort to ban conversion therapy in Canada.

The legislation, if passed, would make it illegal to practice modifying a person's sexual orientation or gender identity.

The bill that the minority Liberal government wants to see passed before the end of the year break goes further than the old Bill C-6, by banning conversion therapy, regardless of age or consent.

It thus fills in the gaps present in the last legislative text, which died on the order paper, in the Senate,
when the federal election was called and Parliament dissolved, last August.

Bill C-4 goes further. It is now protecting all Canadians from this cruel and degrading practice ,
Federal Justice Minister David Lametti said after tabling the legislation in the Commons.

The old bill, C-6, limited the ban on therapy to those who did not consent. The new C-4 no longer takes consent into account.

The bill would ban conversion therapy because it is dangerous for everyone , said David Lametti. These dangerous practices must stop.

Call to curatorsMinister Lametti urged around 60 Conservative MPs who opposed a previous version of the bill to support the new version so that it can pass through Parliament as quickly as possible .

He called on Conservative Leader Erin O'Toole, who supports the conversion therapy ban,
to show leadership and help speed up the legislative process.

Conservative spokesperson Josie Sabatino said: Canada's Conservatives agree that conversion therapy is bad and should be banned. No Canadian should be forced to change who they are.

The bill should win the support of the New Democratic Party, the Bloc Québécois and the Green Party. David Lametti reassured critics that the bill would not ban conversations about gender expression or gender identity.

Hybrid OFFENCEWith the passage of the new bill, taking conversion therapy will become a hybrid offense;
two years less a day on summary conviction, and five years on indictment.

Bringing a minor to a foreign country to submit to such therapy would lead to the same penalties. Receiving a material benefit , that is, getting paid to provide conversion therapy , would result in two years less a day for summary conviction, and two years for indictment.

The same penalties apply to anyone who promotes or advertises this form of therapy .

The justice minister said the so-called therapies can amount to torture and that the suicide rates of those undergoing conversion therapy are particularly high. He cited a special UN report that said conversion therapy should be banned worldwide.

A horrible actWomen and Gender Equality and Youth Minister Marci Ien has said conversion
therapy is a horrific and long-discredited act that could take many forms .

Research shows that people undergoing conversion therapy have an increased risk of self-harm, suicide and low self-esteem, she said; most of the participants were under 25, she added.

She said it was the government's duty to heed calls to action from people like Gemma Hickey, an LGBTQ activist who attempted suicide after undergoing conversion therapy as a teenager.

Speaking at the press conference, Gemma Hickey said it was a pseudomedical practice that had put countless vulnerable young people at risk .

She added that conversion therapy was homophobic and transphobic, and did not belong to Canada .

According to him, opponents of the bill will work hard to prevent it from becoming law. He said the Conservatives had used obscure tactics in debates on a previous version of the bill and would try to scare Canadians again .

Like the last bill, this version allows courts to order the seizure of conversion therapy ads or to order their removal
from computer systems or the Internet.

The government says that active interventions aimed at conversion, and not discussions with no real intention in mind,
would fall within the scope of the bill.

The Canadian Press
https://ici.radio-canada.ca/nouvelle/1843487/gouvernement-federal-loi-contre-therapies-conversions-lgbtq​
up