No time to supervise, teachers say 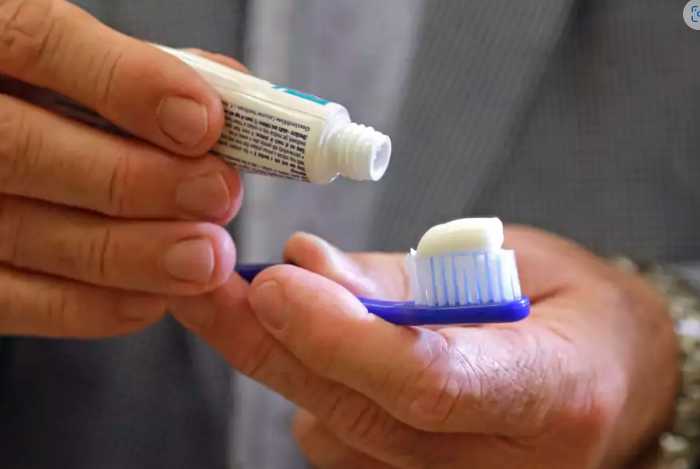 (Montreal) Children could certainly benefit from additional help when it comes to brushing their teeth, but entrusting teachers with the task of supervising this practice on a daily basis is not the right way to proceed, according to Quebec parents.


SIDHARTHA BANERJEETHE CANADIAN PRESSKatherine Korakis, president of the Association des comités de parents anglophones du Québec, discovered this week, like many other parents, the existence of the "Quebec Supervised Brushing Program with Fluoride Toothpaste" at daycare and elementary school.

The program requires child care teachers to ensure that children brush their teeth for two minutes each day. Teachers and educators should also ensure that children wash their hands before and after brushing, and that brushes do not come into contact with each other. In addition, only two children at a time are allowed to use the sink.

The program was announced in 2017 by the Department of Health and Social Services, but its rollout was later delayed due to the pandemic, and it is now starting to be implemented.

"I think it's a good thing, I think it's important. I just think it's not the right way to apply it," Korakis said. "I think it's putting a lot on the shoulders of teachers, when we have a shortage in Quebec [...] It would make more sense for community organizations
or dental associations to come and give workshops. »

A summary of the Quebec program states that it is based on several others that exist across Canada and abroad, all with good results, especially when it comes to children from disadvantaged communities.

By 2025, the Ministry of Health hopes to have the program cover 80 per cent of elementary school children
and 65 per cent of child care centres across the province.

Teachers' unions also argue that their already overwhelmed members will not have time to monitor whether children brush their teeth properly every day at school, when labour shortages are already facing labour shortages.

Josée Scalabrini, president of the Federation of Education Unions, which represents 87,000 teachers, believes that this is a program with noble objectives, but that its application is completely unrealistic on the ground.

She argues that teachers already have a heavy enough workload and that now is not the time to put them in charge of making sure their students' mouths are properly cleaned.

"Let's start by solving the problem of the shortage (of teachers) and then we will see who can replace the tooth fairy."

Mélanie Hubert, president of the Fédération autonome de l'enseignement, which has more than 60,000 members, believes that the program's requirements are completely disconnected from the reality of schools. According to her, there is no doubt that teachers want students to adopt healthy lifestyle habits, including brushing their teeth.

"Is this the most optimal and appropriate use of teachers' time and expertise, especially in times of staff shortages?" she asks.

For her part, Ms. Korakis recalls that when she was at school, a lady — who was not the teacher — helped her class learn how to brush their teeth properly with plastic jaws, a large brush and dental floss. She still remembers it very well today.

She also recognizes that different parents have different realities and that not everyone is able to enforce brushing at home.

"What I've learned is that when it comes from someone else (other than parents), children tend to listen more," Korakis said. She agrees that this task could be entrusted to community groups, dental associations or even representatives of private industry.

"But blaming it on teachers, who already have so much to do, is absolutely not the way to go," she says.

In a press release, the Ministry of Education recalls that the deployment of the program involves each regional public health directorate. The ministry does not have an exact figure on the number of schools involved.

"Note that the implementation of this program has been gradual, on a voluntary basis, since 2017," wrote spokesperson Bryan St-Louis in an email. It is up to the schools to choose whether or not to participate. »

Heidi Yetman, president of the Quebec Provincial Teachers' Association, said her organization was not consulted about the program and began hearing rumours about it last week.

"This is a big concern given that it involves the workload of our members," saidMs. Yetman. It would have been nice to have been consulted on something so big, because it is a responsibility to give to teachers. »

Yetman said teachers have taken on more and more tasks during the COVID-19 pandemic, including mask enforcement and disinfection. She will tell her members that dental hygiene is not part of a teacher's responsibility.

"If you look at our collective agreement, you will see that there is a list of responsibilities — and brushing your teeth is not one of them."

SIDHARTHA BANERJEE
THE CANADIAN PRESS
Brushing your teeth at school| No time to supervise, teachers say| The Press (lapresse.ca)
up