'We Must Stand Up and Put a Stop to This Nonsense': OK Gov. Signs First US Ban on Nonbinary Birth Certificates​ 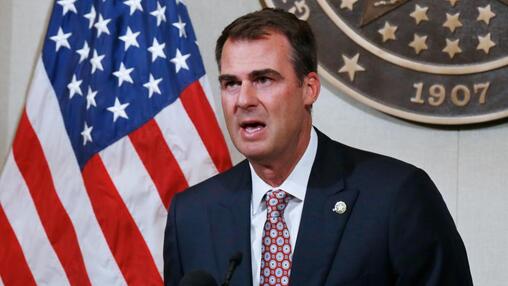 Oklahoma Gov. Kevin Stitt (R) has signed a bill forbidding the use of nonbinary gender markers on state birth certificates.

People who are nonbinary do not identify with traditional male or female genders.

The new law made permanent an executive order from Stitt who last year blocked the Oklahoma State Department of Health from issuing nonbinary birth certificates.  It went into effect immediately when the governor signed it on Tuesday.

The bill followed a flap last year over the Department of Health's agreement in a civil case allowing a nonbinary option. The birth certificate, in that case, was issued to an Oklahoma-born Oregon resident who sued after the agency initially refused the request.

Lambda Legal, an LGBT-focused civil rights group, challenged the executive order in federal court, but the state has not yet responded.

"We must stand up and put a stop to this nonsense regarding biological sex," Sen. Michael Bergstrom (R-Adair), the Senate sponsor of the bill said in a statement. "It's not a complicated issue – biologically, you're either a male or female. There should
be no other option to choose from on a birth certificate."

Fifteen states and the District of Columbia specifically allow a gender designation outside of male or female. Vermont will become the next state to allow the designation when its new statute takes effect on July 1.

"People are free to believe whatever they want about their identity, but science has determined people are either biologically male or female at birth," Oklahoma Rep. Sheila Dills (R-Tulsa), the House sponsor of the bill, said in a statement after the bill passed the House last week. "We want clarity and truth on official state documents. Information should be based
on established medical fact and not an ever-changing social dialogue."

Oklahomans in 2020 elected the nation's first openly nonbinary legislator in the country, Oklahoma City Democrat Rep. Mauree Turner, who said it was painful to have colleagues pass this bill.

"I find it a very extreme and grotesque use of power in this body to write this law and try to pass it — when literally none of them live like us," Turner tweeted the day the bill was debated.

As CBN News reported last October, the U.S. State Department issued its first passport with an "X" designation for the passport holder's gender. The historic move showed the full force of the transgender movement at the federal level.

"Beginning in May 2022, TSA is also updating its screening procedures to better serve transgender, nonbinary, and gender-nonconforming travelers through less invasive screening procedures for passengers who trigger the AIT scanner in a sensitive area," the agency said.

Republican-led states across the country have fought back against President Biden's transgender agenda by passing legislation prohibiting transgender persons from playing on female sports teams. Other conservative states, including Alabama, Arkansas, Tennessee, and Texas, have passed laws prohibiting irreversible gender-change treatments for minors.

As CBN News reported last week, Florida's Department of Health rebuked the guidance issued by the Biden administration on gender dysphoria treatment for children and adolescents, releasing its own guidelines that say puberty blockers and cross-sex hormones should not be used to treat gender confusion in children.

"The federal government's medical establishment releasing guidance failing at the most basic level of academic rigor shows that this was never about health care," Ladapo said. "It was about injecting political ideology into the health of our children. Children experiencing gender dysphoria should be supported by family and seek counseling, not pushed into an irreversible decision before they reach 18."

CBNNEWS
Steve Warren
'We Must Stand Up and Put a Stop to This Nonsense': OK Gov. Signs First US Ban on Nonbinary Birth Certificates | CBN News (www1-cbn-com.translate.goog)
up