return
Campaign Life Coalition blasted Justin Trudeau for allocating more funding for abortion and for the timing of the announcement. 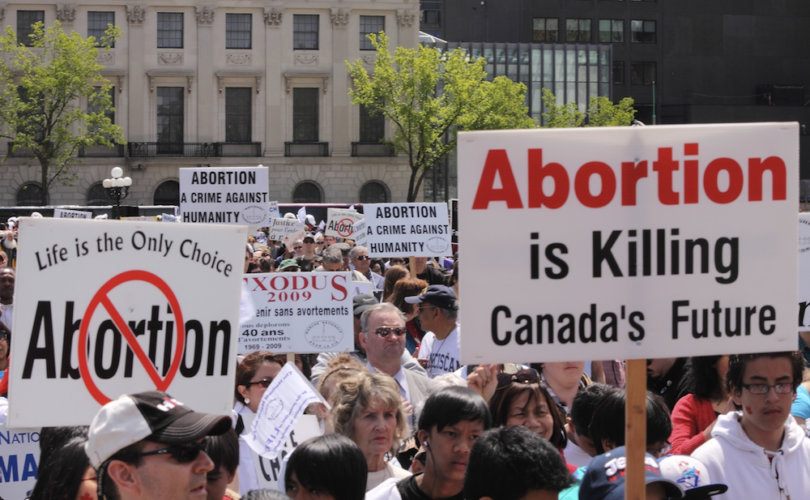 OTTAWA (LifeSiteNews) – Canada’s top pro-life group blasted the government of Prime Minister Justin Trudeau for announcing millions of dollars in funding to pro-abortion groups on the day before thousands of Canadians
will defend life in the nation’s capital at the 2022 March for Life.

In a news release today, Trudeau Minister of Health Jean-Yves Duclos and the Honourable Marci Ien, Minister for Women and Gender Equality and Youth, said that “more than $3.5 million in funding” will be given to the abortion promoting groups Action Canada for Sexual Health and Rights (Action Canada) and by the National Abortion Federation Canada (NAF Canada).

The government says the funds will come from the “Sexual and Reproductive Health Fund” to “improve access by removing barriers to vital abortion services and offer accurate reproductive health information to Canadians.”

Campaign Life Coalition (CLC) director of political operations Jack Fonseca blasted the announcement by Trudeau as well as the timing of it.

“Justin Trudeau is demonstrating once again that he is Canada’s baby killer-in-chief,” Fonseca told LifeSiteNews.

“The timing of this announcement is no coincidence, during National March for Life week. Trudeau is sending the message that he has nothing but contempt for pro-life Canadians, people of faith, or human life.”

CLC national president Jeff Gunnarson in a statement to LifeSiteNews said that Trudeau thinks by “throwing your tax dollars to pro-abortion groups” he can stop the “formidable pro-life wave sweeping across North America.”

“This is a good indication the Trudeau Liberals are in panic mode because they worry that life is winning in Canada,” Gunnarson added.

Gunnarson noted that although Trudeau believes abortion is a “vital” service, “killing preborn children
in no way pertains to the meaning, purpose, or essence of life.”

“Instead of throwing money into the dark, dirty hall of the abortion industry where a woman’s choice is synonymous with abortion, the federal government would much better serve Canadian women by backing organizations that empower them to choose life for their babies.”

Gunnarson added that Trudeau should be ashamed for “moving to strip crisis pregnancy centres of their charitable status.”

“He has the blood of beautiful pre-born children on his hands and it’s crying out to God from the ground for justice,” Gunnarson added.

In recent days, the Trudeau government has made abortion front and center in many of its communications.

This comes as a result of the leaked draft opinion from U.S. Supreme Court Justice Samuel Alito, indicating the court as a majority is poised to overturn Roe v. Wade the nearly 50-year-old ruling that imposed abortion on demand on all 50 states.

Trudeau last week publicly voiced his support for the killing of the unborn on demand.

As for today’s announcement, Action Canada will receive $2,119,073 in funding over three years to “expand its Access Line and Sexual Health Information Hub programs,” which “improve access to financial assistance to cover travel and accommodation costs, as well as offers logistical support to individuals accessing abortion care.”

NAF Canada will receive $1,469,150 in funding over three years to “provide financial and logistical support to women seeking abortion services, train health care providers in providing abortion services, and ensure abortion facilities have
the capacity to continue to provide services and related care.”

The Trudeau government claims that women lack access to “financial and logistical resources required to travel to access abortion care, and lack of culturally-safe, stigma-free sexual and reproductive health services.”

“The Government of Canada firmly believes that everyone should have access to safe and consistent reproductive health services, including abortion. Although abortion has been legal in Canada for three decades, many continue to experience barriers to access,” the government press release reads.
Fonseca said that Trudeau is “throwing more taxpayer money at slaughtered children in-utero,”
with the new pro-abortion funding announcement.

Trudeau for years has professed his support for abortion, and since taking office in 2015 his Liberal government has put forward many pro-abortion policies such as stripping pregnancy resource centers of their charitable status because they promote life instead of abortion.

Trudeau’s Liberal Party MPs all voted to keep abortion in Canada legal, with Trudeau taking to
Twitter to blast the CPC MPs who stood up for life.

Tomorrow, LifeSiteNews will be on the ground for the 2022 Canadian March for Life.

Organized by CLC, the National March for Life will take place at Parliament Hill on Wellington St., Ottawa.

LifeSiteNews editor-in-chief John-Henry Westen will be streaming live from the event, which we will broadcast on the LifeSiteNews homepage, Rumble, Banned, and YouTube.