RETURN
The American Booksellers Association CEO promised that giving publicity to a book that presents the ramifications of sex change for kids will never, ever happen again. 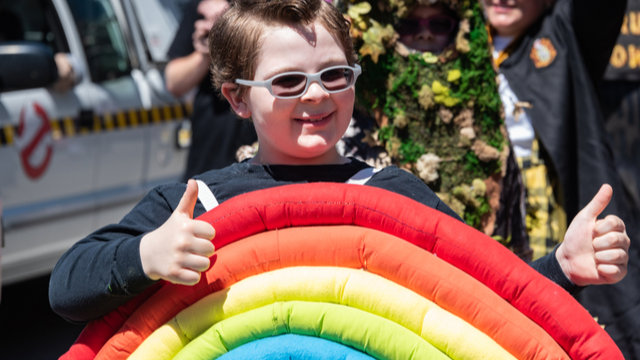 (LifeSiteNews) — Remember last month when the American Bookseller’s Association issued a groveling apology for promoting Abigail Shrier’s bestselling book Irreversible Damage: The Transgender Craze Seducing Our Daughters? At the time, they had also promised to engage in a period of mourning/soul-searching, after which they would present further concessions to the LGBT movement to atone for their sin.
Well, the results of its struggle session are complete, and the ABA is ready to explain how it will make sure that it never, ever promotes anything that contradicts those who believe sex changes for children are a pillar of Western civilization.

In a missive to ABA members, CEO Alison Hill explained that the reason Shrier’s bestseller was included in the company’s July “White Box” promotional mailing was a lack of internal review processes. In the wake of the ABA’s abrupt re-education by trans activists, that situation is apparently being rectified.

For starters, a donation of $5,000 was made to the Transgender Defense & Education Fund (TDEF) as an indulgence. The TDEF is a legal organization that fights for trans people seeking name changes and other complications that accompany attempting to change gender — and it also works to “expand transgender civil rights.” Additionally, ABA is planning “new diversity roles, forums with members of the LGTBQIA+ community, and an annual session on queer history and activism for staff.”

Further, Hill stated, “The policy to not review or screen titles submitted is in line with many members’ preference to not have ABA decide what books they have access to, preferring to review books themselves to determine what they read, buy, sell and promote … When we included this book in the box, we violated our commitment to equality and inclusion and we caused harm.”

In other words, the fury of a few trans activists is resulting in an organizational overhaul that most ABA members are not on board with. Regardless, new shipments of books “will be screened and flagged by a team of staff members who are charged with brining titles to senior staff’s attention that meet the United Nations’ criteria for hate speech.”

I’m not sure what the UN’s criteria for hate speech is exactly, but if Hill is insinuating that Shrier’s book is hate speech, Shrier should consider suing for slander or defamation. Irreversible Damage is a brilliant and very current work of journalism that The Economist dubbed one of the best books of the year.

But according to Hill, every aspect of ABA’s work will be combed over for any evidence of disloyalty to the trans movement, with everything being reviewed “through a diversity, equity and inclusion (DEI) lens and ensuring that strong checks and balances are in place” and a new editor “reviewing for conscious language and an awareness of equity and inclusion issues.” A program aimed at promoting LGBT voices will also be launched so that instead of booksellers getting Shrier’s book, they’ll only see what her detractors have to say.

Hill’s statement ends as all acts of public repentance do: She thanks those who targeted her organization for the opportunity to get re-educated, for which she is deeply grateful. The “engagement and ideas,” she said, were deeply appreciated and she believes “that these steps will build on the progress that is already being made, reduce the risk of incidents happening again, and institutionalize DEI work for the association. Our commitment is strong and we are dedicating resources necessary for improvement. We know it will take time to rebuild trust within our community. We hope our progress will be evident as we show receipts going forward.”

All of that is as a result of a handful of angry activist voices at the promotion of a well-reviewed book by a respected author that they disagree with. We will, of course, see more of the same. With the staggering success of these shakedowns, how could we not?