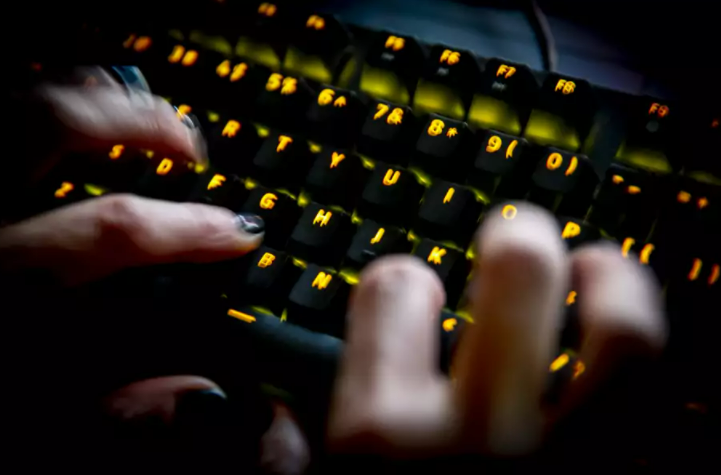 (Ottawa) A coalition of advocacy groups urges the federal government to keep its promise to take immediate action against hate speech online and to include measures to tackle the problem in the Speech from the Throne scheduled for Tuesday.
Coalition members are quick to pass a law to regulate online hate, fearing this issue will be forgotten. The Liberals promised in the recent federal election that this file would be a priority during the new parliamentary session, which is due to begin on Monday.

Shortly before Parliament adjourned for the September election, the Liberal government introduced
a bill targeting extreme forms of hate speech on the web.

This bill, known as Bill C-36, has drawn criticism from Conservatives and others who have
expressed concern that it could restrict free speech or be difficult to apply.

The bill ultimately died on the order paper with the dissolution of the House of Commons.

The departments of Canadian Heritage and Justice say they are working on ways to solve the problem
and note that the solution could involve more than one bill.

In recent months, according to the Heritage Ministry, the government has held consultations on how to draft new legislation on online violence.

She mentioned that this file remains "a priority for the government".

In the wake of the consultations, the Liberals launched the creation of a new government agency to fight online violence.

But the groups consulted on the proposals fear wording problems and that the scope of work of
new legislation will relegate this issue to the second rank of government priorities.

The letter says legislation is needed because "the social media industry is unwilling to self-regulate."

“Now is the time to act. Every day, Canadians are exposed to a deluge of hateful content, ”the letter said, adding that young people and racialized Canadians face such content more often than others.

Bill C-36 would have amended the Canadian Human Rights Act to introduce a new version of a controversial section that was repealed in 2013 amid criticism that it violated the right to free speech .

The proposed change would have defined hatred more narrowly as "a feeling stronger than aversion or disdain and involving loathing or defamation". Bill C-36 would also have amended the Criminal Code and the Youth Criminal Justice Act .

The bill would have allowed individuals or groups to file hate speech complaints with the Canadian Human Rights Commission. It also included measures to prevent abuse of process.

At the time, the Conservatives rejected Bill C-36 as a last minute “political position”. The conservative election platform promised to criminalize speech inciting violence against identifiable individuals or groups, while protecting speech and criticism that does not encourage it.

Bill C-36 would only apply to those who write a hate message online, not to the social media platforms where they post it.

The liberal platform promised that legislation ensuring that "social media companies and other online services are held accountable for the content they host" would come within the first 100 days of a new term.

Richard Marceau, a former Bloc Québécois MP who now heads the CIJA, said there was a clear link between hatred
online and violent attacks against Jews and Muslims.

“We understand that when we deal with freedom of expression, especially hate online, we have to find the right balance. We want to make sure that the target groups are protected against online hatred which too often really leads to violence, ”said Mr. Marceau.

Some fear that a rushed bill will not survive parliamentary scrutiny, or that comedians or those voicing thorny political views may be inadvertently caught in its implementation.

Fatema Abdalla, spokesperson for the National Council of Canadian Muslims, believes this is an urgent matter,
but the drafting of the bill must be done properly.

Bernie Farber, founder of the Canadian Anti-Hate Network, said it would be better to introduce a bill and refine it in a parliamentary committee, rather than see further delays.

"I would rather have a badly drafted bill than nothing at all," he said.