Pentagon to keep ban on Pride, most other flags from being flown on military installations 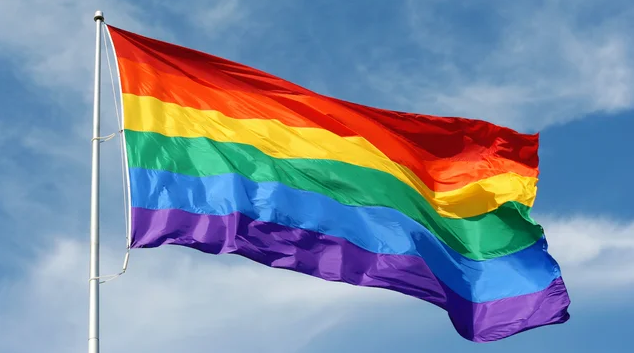 The Pentagon will not grant an exception to fly LGBT flags on U.S. military installations during Pride Month, keeping in place a Trump administration policy to limit the type of flags displayed on base, the Defense Department’s top spokesman said Friday.

“After some careful consideration, the department will maintain the existing policy from July of 2020 regarding the display or depiction of unofficial flags,” press secretary John Kirby told reporters. “There won’t be an exception made this month for the Pride flag.”

Then-Defense Secretary Mark Esper last year implemented a broad flag policy intended to target the Confederate battle flag. But the directive, which banned Confederate flags and other hate symbols being displayed at their military bases,
also prohibited other flags including those of sports teams and the Pride flag.
Following a review, Pentagon officials decided to keep the policy in place as rescinding it might create “other challenges” to the rule, Kirby said.
He added that the decision in “no way reflects any lack of respect or admiration for people [from] the LGBTQ+ community, the personnel in and out of uniform who serve in this department.”

“We are proud of them,” Kirby said.

June marks the start of Pride Month, which celebrates the LGBT community.

The Pentagon policy only allows POW/MIA flags, U.S. state flags, flags of military units and those of allied countries.

The State Department will not follow the same ban, as Secretary of State Antony Blinken in April issued an authorization on having the Pride flag being displayed at diplomatic embassies.