Racism: whatever the definition,
it takes action “Systemic racism is a reality. But I'm not interested in definitions, I'm interested in actions. For 40 years, we have had several definitions: cultural communities, ethnic minorities, ethnocultural minorities, visible minorities ... But even today, in Quebec, unemployment is twice higher among young blacks than in the general population . That hasn't changed for 40 years. ”
Édouard Staco chairs the Socioeconomic Summit for the Development of Young People from Black Communities. Thursday, the provincial organization will be in Quebec to distribute laptops to 44 disadvantaged black families through the Afro-Quebec Youth Forum,
based in the Saint-Sauveur district.

This is a great opportunity to invite him to the debate on systemic racism, an expression that the Premier of Quebec, François Legault refuses to pronounce. But especially to ask him what needs to be done.

"Mr. Legault can act. And I would even say that it can act differently, says Mr. Staco. The government tends to create committees, which submit a report, and then create another committee to analyze the report, etc. Quebecers are open,
but they want results! The government can act immediately. ”

According to him, no need for new studies to take these concrete actions:

- Establish the wearing of body cameras among police officers;

- Obligate by law the companies which obtain public contracts to have a program against discrimination;

- In times of crisis, as at this moment, set up a fund dedicated to black entrepreneurs, who rarely have significant family assets;

- Include the contribution of the black community in the school curriculum, especially in history.

Above all, Mr. Staco points out how much resources have been committed over the years, but to achieve very few concrete results. "It was filled with goodwill, but without any accountability!" launches this former member of the Superior Council of Education,
who requests that the Auditor General of Quebec address this waste.

"Do people have the impression that we are always talking about the same thing?" It's because it doesn't change! ” summarizes the one who notes that "in 400 years, it is normal that racism has become embedded everywhere, including in our institutions".

Even more isolated by COVID

The Connected Community project to counter COVID-19 (4C) is trying to reduce the “digital divide” that the current pandemic and containment have worsened over the past three months. The Socioeconomic Summit for the Development of Young People in Black Communities will provide a laptop to 503 families across Quebec, reaching over 1,000 young people.

"In times of crisis, inequality becomes more significant and more evident," says Staco. COVID highlights all the weaknesses.
Containment is less difficult in a large bungalow.

“Before confinement, less fortunate families relied on computers in municipal libraries, the local Tim Hortons connection or community organizations. When everything closed, they found themselves quite isolated. ”

He says it is much more than just buying computers and giving them to families in need.

With the device comes a 12-week support program in 21 points.

For some members of these families, it is learning to send their first email or knowing how to search the internet. They are also helped to use online government services or monitor their children's education through the various portals and applications adopted by schools.

Fostering parental guidance in the digital world is also one of the main objectives of the program.
Population by region 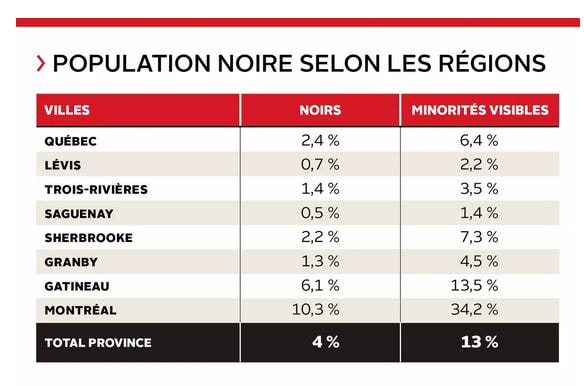