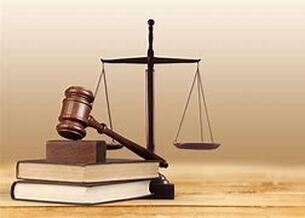 The federal Liberal government of Justin Trudeau intends to reintroduce four (4) bills that died on the order paper last August during the dissolution of Parliament, among others, the bills on reform of broadcasting and conversion therapies.
This week we will talk about the bill, introduced in the fall of 2020, entitled "An Act to amend the Broadcasting Act and to make related and consequential amendments to other Acts”, Bill C-10, which the government is about to reintroduce in the House of Commons.
Originally, this bill was intended to impose the same rules on digital giants such as Netflix, Disney Plus, Spotify Amazon prime Video, and others such as those governing the traditional television channels we know here (ex TVA, CTV, Global, Radio Canada) and cable networks (Bell, Videotron, Rogers) that are dictated by the CRTC.
The government wants to force these digital giants to integrate music, television, and film content produced here in Canada, particularly in French. There would be two important advantages to this legislation: to promote local culture and to force these companies to re-invest part of their profits, let's say huge, here by making people work here, which would have a significant economic contribution.
However, be careful, this bill could also allow the CRTC to issue mandatory distribution orders to ensure that certain broadcasting services are included in the subscription menu. Section 3[1]states:
"Subparagraphs 3(1)(i) and (ii) of the same Act are replaced by the following:

(i) be varied and as broad as possible by offering a balanced program for people of all ages,
interests and tastes that informs, enlightens, and entertains,

(ii) draw on local, regional, national, and international sources including local broadcasters, who, through their collaboration with local organizations and community members, are uniquely able to offer a variety of programming that meets the needs of different audiences,
A broad interpretation of these articles could make it possible to include programs promoting LGBT, homosexual, transgender and so on and for the CRTC to broadcast them.
In addition, when the bill was tabled on November 3rd, 2020, there was a section of law that protected small producers, organizations, and citizens who use social media such as Facebook, You Tube, etc.
Article 4.1:  "This Act does not apply to:
(a) broadcasts uploaded to an online undertaking providing a social media service by a user of the service — other than the service provider, its affiliate, or the agent of one of them — for transmission over the Internet and reception by other users;
Last June, [2] following pressure from the committee of the Ministry of Heritage, the minister himself, Steven Guilbault, withdrew this article for no valid reason.
The problem, according to many experts, is that the bill, without section 4, could give the CRTC the power to regulate not only platforms but also content generated by social media users. Former CRTC Commissioner Peter Menzies, an Internet law professor, Michael Geist, and lawyer Cara Zwibel, director for the Canadian Civil Liberties Association, all say there is a danger of CRTC control and censorship.
A press article last July states: [3] "Hateful speech, sexual exploitation, and terrorism are illegal in the physical world and should be in the digital world," he insists

The problem : What will be the content of the definition of "hate speech" and what are they going to include in this term? Will the opinions transmitted on social networks to assert God's values, whether regarding homosexuality, transgenderism, or other Christian values be assimilated as "hate speech"? It remains very disturbing and a borderline, downright threat to freedom of expression.

Therefore, we suggest that you call or write to Steven Guilbault, Minister of Canadian Heritage, (Steven.Guilbault@parl.gc.ca )4 and/or the Standing Committee on Canadian Heritage5 to mention to them, WITH RESPECT AND COURTESY, that you adhere  to the protection of the right freedom of expression and that you disagree with broadcasts disseminating views which do not respect Christian values. Your main argument is to protect freedom of Christian expression and values.
​We are demanding, in the name of freedom of expression, to reinstate Article 4 as stipulated in the initial bill presented in autumn 2020 in order to protect private expression on the social networks and so as not to disseminate broadcasts which are contrary to Christian values.

We wish to thank you in advance for helping us to protect our liberty of expression as well as our values. Thank you.