return
The governing Socialist Party, however, reportedly promised to simply reword the bill and attempt to pass it once more. 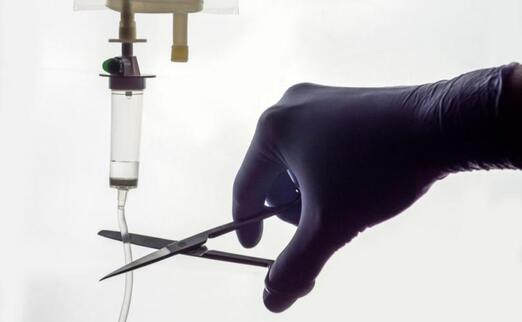 LISBON, Portugal, 2021 (LifeSiteNews) — In a welcome victory for pro-life advocates, Portugal’s Constitutional Court has rejected the parliament-approved bill seeking to legalize euthanasia, declaring that it threatened the “inviolability of life.”

The court made the decision on Monday in a 7-5 ruling. The Portuguese Parliament had earlier this year voted to legalize assisted suicide and euthanasia, comfortably approving five “right-to-die” bills. Under these conditions, those over 18 years of age could seek help to die if they were terminally ill and suffering from “lasting” and “unbearable” pain, unless they were deemed to not be mentally fit to make the decision.
Portugal’s conservative President Marcelo Rebelo de Sousa handed the bill to the Constitutional Court, due to concerns about “excessively undefined concepts” in the bill. As the head of state, he is required to approve laws, but also has the ability to veto laws. However, he could not endlessly prevent their passage since parliament could vote to approve them once more.

Upon examination, the court found that the bill was unconstitutional, as its text presented a threat to the principle of “inviolability of life.”

In its current wording, the bill also was found to be too imprecise, vindicating Rebelo de Sousa’s concerns, with the judges writing that it lacked the “indispensable rigor” required in such a situation. For euthanasia to take place, certain conditions must be met which are “clear, precise, clearly envisioned and controllable,” the judges said, which had not been set out in the bill.
The ruling noted the “excessively imprecise nature of the concept of unbearable suffering” contained in the bill,
as well as lack of clarity on “the concept of severe irreversible damage.”

As a result, the bill will now return to parliament, where the governing Socialist Party reportedly promised
to simply reword the bill and attempt to pass it once more.

For now, though, Portugal has avoided legalized euthanasia once more, an event which has been welcomed by the Catholic hierarchy in the country. The Portuguese bishops issued a statement in response to the court decision, saying they “welcome” the decision.

“The Episcopal Conference reaffirms the position taken by the Church throughout the whole process, always defending that human life is inviolable. Any legalization of euthanasia and assisted suicide is always contrary to the dignity of the human person and to the Constitution of the Portuguese Republic,” the bishops wrote.
Pro-life advocates worldwide welcomed the Constitutional Court’s decision. Catherine Robinson, a spokesperson for U.K. based Right to Life, warned of the dangers contained in the text of the bill. “The euthanasia legislation in Portugal, which, thankfully, failed to pass, uses ‘unbearable’ pain as the criteria and partial justification for the practice,” she said.

Robinson also pointed to a report conducted by the Oregon Health Authority, which revealed that “only slightly more than a quarter of those who died by assisted suicide in Oregon listed ‘inadequate pain control, or concern about it’ as one of their end of life concerns. Far more significantly a full 94.3% of patients were concerned with being ‘[l]ess able to engage in activities making life enjoyable’. 93.1% were concerned with ‘losing autonomy’ and ‘loss of dignity’ was a concern of 71.8% of patients.”
up