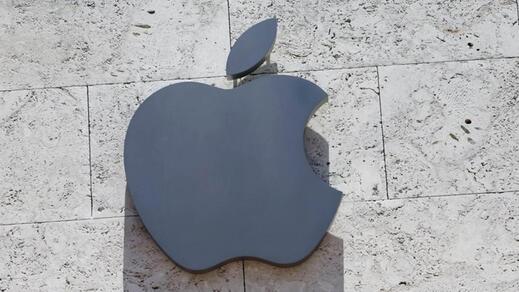 Apple is complying with the regime in China to remove Quran and Bible apps from its App Store there – the latest effort to suppress religious activity in the communist country.

Apple Censorship reported in a tweet that the apps, Quran Majeed and Bible App by Olive Tree, had been taken down. 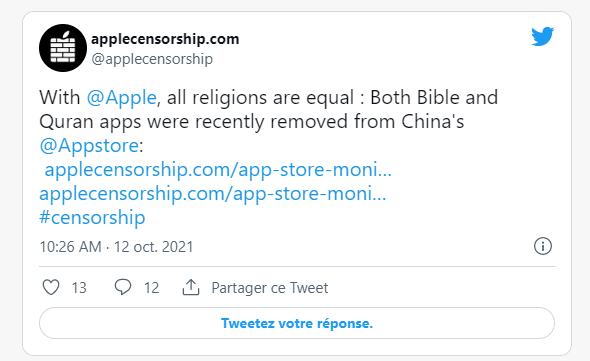 Chinese officials claim the apps violate laws that prohibit the use of religious text or materials.
A spokesperson from Olive Tree told the Washington Examiner, "We are currently reviewing the requirements to obtain the necessary permit with the hope that we can restore our app to China's App Store and continue to distribute the Bible worldwide."

Quran Majeed's developer, Pakistan Data Management Services (PDMS), said in a statement, "According to Apple, our app Quran Majeed has been removed from the China App Store because it includes content that requires additional documentation from Chinese authorities. We are trying to get in touch with the Cyberspace Administration of China and relevant Chinese authorities to get this issue resolved."

The Council on American-Islamic Relations (CAIR), a Washington, D.C.-based Muslim advocacy group, accused Apple of enabling genocide and called on the company to reverse its decision.

"By obeying the Chinese Communist Party's order to remove Bible and Quran apps from its platform in China, Apple is enabling China's religious persecution, including the ongoing genocide of Uyghur Muslims. This decision must be reversed," said Edward Ahmed Mitchell, national deputy director for CAIR.

He added, "If American corporations don't grow a spine and stand up to China right now, they risk spending the next century subservient to the whims of a fascist superpower."

As CBN News has previously reported, the Chinese government has doubled down on its extreme measures over the last few years to crack down on religious groups in the country.

The communist government took Christian WeChat accounts offline in May, telling users that it violated China's "Internet User Public Account Information Services Management Provisions" and that accounts had been "blocked and suspended."

Other Bible apps were eliminated from China's App Store and hard copy versions were no longer able to be purchased online.