"It can save a life" 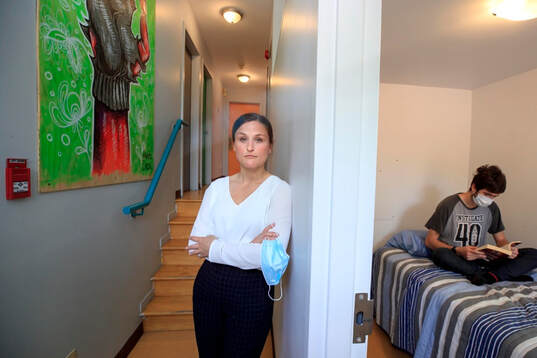 D re  Anne Chloe Bissonnette, council vice president of administration of the hostel Le Tournant and a young resident
An organization for young people in difficulty that refuses up to 600 requests per year is dedicated body and soul
to respond to the glaring request in vain.
At the beginning of May, the publication of the Laurent commission report had given hope to the Auberge Le Tournant, which welcomes young men in vulnerable situations. Finally, “post-DYP” resources would be recognized at their fair value, she said to herself.

And yet, the organization is still struggling to finance its expansion project, considered more essential than ever. "Everywhere, we are being told that the project is wonderful, that we have the support of elected officials, but that we would not receive funding," drops Dr.  Anne-Chloé Bissonnette, vice-president of the board of directors. administration of the Auberge Le Tournant.

Since 2018, she and her team have been fighting for the creation of around thirty new units, which would exclusively accommodate young men when they leave the youth centers. The building has already been found. The waiting list is growing day by day.
But still no envelope on the table.

And without financial support, the project is doomed to failure, argues Dr.  Bissonnette.

“We tried everything. Accèslogis, the Initiative for the rapid creation of housing [a new federal program], the Ministry of Health and Social Services… We are constantly blocked by funding, ”laments Dr.  Bissonnette, who assesses the needs of the organization between 7 and 8 million for the opening of the new building.

Yet she had felt the wind turn. In its report released in early May, the Special Commission on Children's Rights and Youth Protection argued for the need to create a program to support young people in difficulty up to the age of 25.

Residential stability for young people is a priority […], and to do this, we recommend providing financial support to community organizations whose mission is to accommodate young people.

The organization's last funding request, in May, went unanswered.

Contacted by La Presse , the Ministry of Health and Social Services says it is currently analyzing "the entire report of the Laurent commission in order to determine the best way to respond to the recommendations".

With its 11 beds, the organization says it refuses 600 accommodation requests per year. Of these 600 young people - most "spit out" by the DPJ - a fifth will find themselves on the street within 13 months of leaving youth centers, according to the latest report
from the National School of Public Administration.

"We have to overcome this service gap, and we have the expertise to do it," says vice-president of the inn, which has been in existence for 47 years. And above all, it must be done quickly, the housing crisis in Montreal making it "impossible" to sign a lease for these young adults.

At the first rays of the sun, the hostel's kitchen is activated. This Thursday, we announce beautiful. Growing in hand, the beneficiaries discuss their plans for the day. Some will plan their expenses for the month, others will go to school.

Here, we teach them autonomy. The guys cook, dust, manage a budget. All these tasks of daily life that they have
never learned in a youth center. 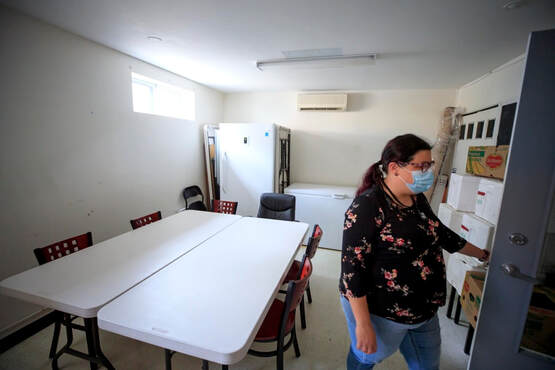 “It's a classic of the DPJ. We do not prepare you for your 18 years and then overnight, you find yourself in the street ”, laments John-Kevin Carey, ex-resident. Next to him, Jean Philippe Pelletier nods his head. This is what happened to them 10 years earlier.

At 8 years old, John-Kevin was deposited on the porch of the DPJ. Jean Philippe was a teenager. Both exhibited violent behavior. Nothing that has not been resolved in the youth center, they say. “I have witnessed a lot of violence. I was traumatized there, ”says Jean Philippe. 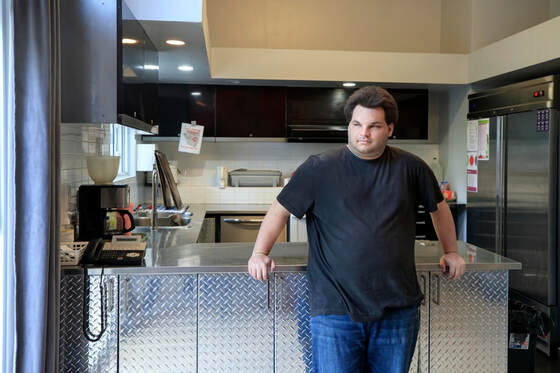 When they came of age, they were shown the door. “At 18, our first idea is to become criminals because that's all we know,” continues Jean Philippe. Years followed of robbing convenience stores, sleeping on a friend's couch, on a chemical toilet bowl.

It should be noted that there are public resources for young adults upon leaving the DYP. However, these are not "systemic" and they are "difficult to access", underlines the report of the Laurent commission.

For having lived it, Jean Philippe Pelletier is convinced of it. “A positive transition at age 18 can save a life,” he says. 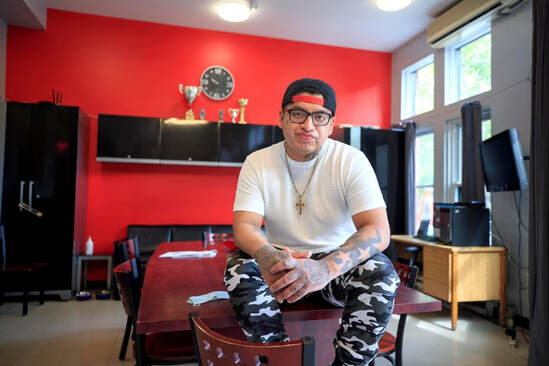 In a few days, the young man will move into his first apartment, alone. He works in a distillery, and in his spare time, devotes himself to his passion: rap. For the first time in his life, he projects himself into the future.

“I want to ask [the government]: put yourself in the shoes of these young people. Listen to them.
I know what they are going through and they need help, ”he said.