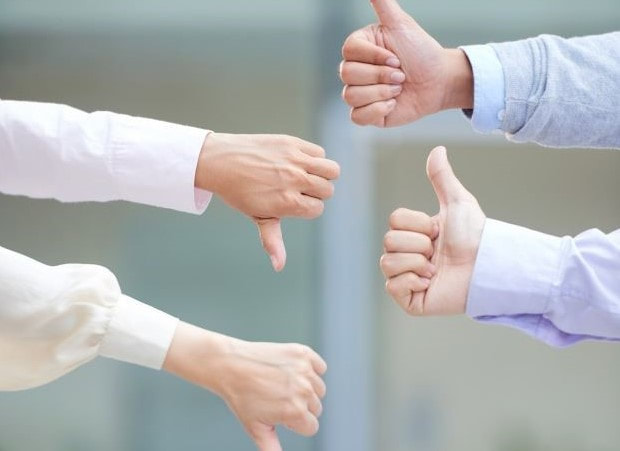 November 15, 2019 ( LifeSiteNews ) - The so-called "toilet wars" continue to rage in the United States, tearing school communities around a fundamental issue: should the privacy and well-being of girls be sacrificed for the benefit of a handful of students who claim to be born in the wrong body, often driven by ideological sex education? The LGBT movement, unsurprisingly, answers this question with a categorical yes.

In Palatine, Illinois, a four-year debate on "locker room access for transgender students" ended this week when the 211 school district board voted 5 to 2 to allow students who identified as girls use locker rooms for girls. The fight began in 2015, when President Obama's Ministry of Education accused
the district of breaking the law by denying that a boy identifying as girls enters the girls' locker room.

After two federal prosecutions, the board decided to vote for permission for transgender students to use washrooms or locker rooms that suit them best. The new policy states, inter alia, that transgender students "must be treated and supported in a way that is consistent with their gender identity, including students with access to restrooms and locker rooms that reflect their gender identity."

The students were upset by this decision, especially as their well-being did not seem to matter much to management. "I do not want to see a transgender naked student in the locker room," said one girl. Another student, Julia Burca, from Fremd High School, was equally direct:
"I feel very uncomfortable and feel that it's against my rights as a student. "

Unfortunately for these girls, we are in 2019, and their words are considered hateful and transphobic. Their desire to protect their bodies from the eyes of male students as they change, an instinct that would have been considered admirable a short time ago, is now seen as evidence that these girls are intolerant. Intolerant, or maybe just too stupid to realize that our culture has recently decided that girls may also have a particular organ,
and therefore their natural discomfort will have to be overcome. It's time to comply with the program.

The media also reported that some "female" students were thrilled because they felt they were finally allowed to use restrooms and locker rooms that matched their gender identity. What these journalists fail to mention, of course, is that these students are boys who identify as girls. Thus, these antagonistic reactions actually represent discomfort and even fear on the part of girls and jubilation on the part of boys who identify as girls because
they can now change with girls. The question is not whether these boys sincerely feel like girls.

Previously, the school district had allowed transgender students to use the locker rooms of their choice, but had asked male students to identify themselves as girls to change into a private space. As you can imagine, this was not considered adequate by transgender students and their associates, and a transgender student, Nova Maday, filed a complaint against the district in 2017 because he was asked to use another area of ​​change that,
as the Chicago Tribune puts it , "other girls are not forced to use". [In any case, I do not see how it is discriminatory not to change with other people.
This idea seems very nauseating to me.] *

It's because a lot of girls did not want to change in front of Maday, a boy. But nowadays, boys who want to enter the girls' toilets are not hung up or reprimanded. If they claim, despite all the evidence to the contrary, that they are also girls, the school staff will bend backwards to make it happen, and the district school board will reformulate its policies to the dismay of the parents. who grew up in a healthier time. Many parents, by the way, were furious with the decision, stating, to the assertions of some staff at the meeting that this change was in the interest of all students,
with anger:  "False! False! "

Many parents left the meeting furious that their daughters' fears and fears were sacrificed again to appease the LGBT community's demands.
"School at home is the answer," a woman shouted as she left. She has the right idea.