RETURN
'The results and analysis of the census will allow us to gain a deeper understanding of the diversity of students within the WCDSB and of the cultural, social and demographic makeup of our students.' 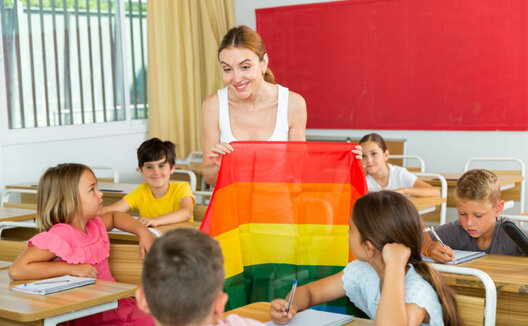 WATERLOO, Ontario (LifeSiteNews) — The Waterloo Catholic District School Board (WCDSB) has launched a census initiative that asks children as young as nine years of age to answer questions about sexual orientation and gender identity.

The census is called the Student Equity Census Survey 2021. According to the board, the “purpose of the WCDSB Student Census is to eliminate systemic racism and advance racial equity in the WCDSB.” The initiative references the Anti-Racism Act of 2017, which gives public institutions the right to request personal information for data collection related to information about racial diversity.

“The results and analysis of the census will allow us to gain a deeper understanding of the diversity of students within the WCDSB and of the cultural, social and demographic makeup of our students,” the school board stated.

With the express aim of targeting any potential racially based prejudice, the survey poses a series of questions that have nothing to do with race, but instead ask the children about sexual feelings and orientation.

One of the questions that will be posed to children as young as nine asks the respondent to identify what gender they are, and older students are asked to identify if their gender is the same as the sex that was assigned to them at birth — insinuating they are different. The same question block provides a definition that states, “Gender identity refers to a person’s internal sense or feeling of being a woman, a man, both, neither or anywhere on the gender spectrum, which may or may not be the same as one’s biological sex.”

Children as young as 12 years old are asked if they are “non-binary” and “gender fluid.” In addition, 12-year-olds who complete the survey will be required to consider the following definition of sexual orientation: “Sexual orientation refers to a person’s sense of romantic, emotional and sexual attraction to people of the same or different gender/sex.”

A teacher will be overseeing the survey that asks minors without parental supervision about sexual feelings. Sexual abuse of young students by teachers occurs as often as each week of the school year, according to a major study of Canadian data.

Currently in Ontario, students are taught a sexual education curriculum as part of physical education that was unveiled by Doug Ford’s government in 2019. Ford had promised to present a less offensive program that would be a departure from the previous version that had students consider a host of sexually explicit and pornographic activities. However, when his government released a new program in 2019, critics claimed that it did not change substantially from the former version that was largely crafted by a man who was sent to prison after being outed as a child pornography user.

The WCDSB anti-racism census barely contains any mention of race in comparison to the mentions of gender and sexuality. A key-word search finds the word “race” mentioned only 7 times in the whole document, whereas “sexual” and “gender”
are each listed at least twice as many times.

Earlier this year, as students were locked out of their schools due to COVID-19, which does not statistically affect them, the WCDSB flew the pride flag as part of the Catholic board’s commitment to the Canadian LGBT season.

Students are not obliged to complete the census, but it will be done during class time, and the task will be explained to all those present, which means the information contained therein will be shared with the students who object to the survey.