Second Court Blocks Biden from Forcing Doctors, Hospitals to Perform Trans Surgeries Even if They Object 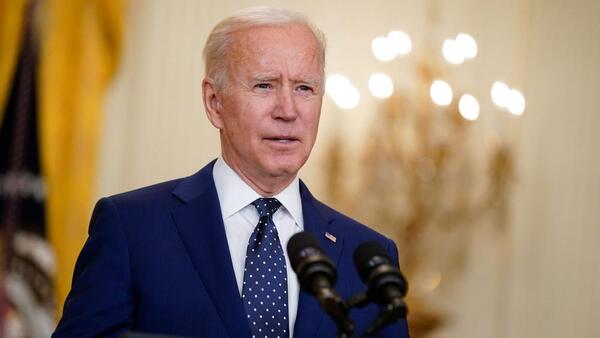 A federal court in Texas has blocked a controversial Biden administration policy known as the Transgender Mandate, which would force religious doctors and hospitals to perform gender transition procedures on their patients—including children—even when the procedures can be medically harmful.

The case of Franciscan Alliance v. Becerra was brought by a religious hospital, an association of more than 20,000 healthcare professionals, and nine states, and it is now the second court ruling blocking the administration from enforcing the policy.
In his decision on Monday, Judge Reed O'Connor of the U.S. District Court for the Northern District of Texas, Wichita Falls Division granted a permanent injunction to the Christian plaintiffs "to be exempt from the government's requirement à
to perform abortions and gender-transition procedures."

The ruling also permanently prohibits Health and Human Services Secretary Xavier Becerra "from interpreting or enforcing" the current law "in a manner that would require them to perform or provide insurance coverage for gender-transition procedures or abortions, including by denying Federal financial assistance because of their failure to perform or provide insurance coverage for such procedures or by otherwise pursuing, charging, or assessing any penalties, fines, assessments, investigations, or other enforcement actions."

"Today's ruling is a victory for compassion, conscience, and common sense," said Luke Goodrich, vice president and senior counsel at the religious liberty legal organization called Becket. "No doctor should be forced to perform controversial, medically unsupported procedures that are contrary to their conscience and could be deeply harmful to their patients." 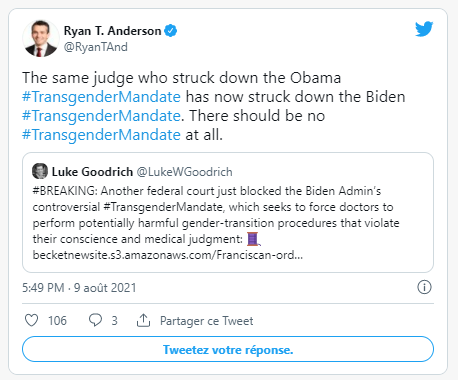 As CBN News has reported, back in 2016, former President Barack Obama's administration issued a mandate that applied to nearly every doctor in the country — interpreting the Affordable Care Act to require them to perform gender transition procedures on any patient, including children, even if the doctor believed the procedure could harm the patient. Doctors who refused to violate their medical judgment would face severe consequences, including financial penalties and private lawsuits.

Several religious organizations and states sued the federal government, challenging the legality of the mandate in multiple courts. In 2016, a federal court in North Dakota put the rule on hold, and in 2019 another federal court in Texas struck it down.

As CBN News reported in April, the Biden administration announced that it would file an appeal to revive Obama's Transgender Mandate policy. Monday's ruling stops that attempt, according to Becket.

"These religious doctors and hospitals provide top-notch medical care to all patients for everything from cancer to the common cold," Goodrich said about the most recent ruling. "Everyone benefits when doctors are able to follow their professional medical judgment and their Hippocratic Oath to 'Do No Harm.'"

Goodrich also explained multiple federal courts have reached the same conclusion:  "There is no medical consensus that sex reassignment surgery is a necessary or even effective treatment for gender dysphoria." Gibson v. Collier, 920 F.3d 212, 223 (5th Cir. 2019).

"The government's own doctors during the Obama Admin agreed: 'Based on a thorough review of the clinical evidence…there is not enough evidence to determine whether gender reassignment surgery improves health outcomes for patients with gender dysphoria,'" he wrote.

Goodrich also pointed to a study commissioned by NHS England which found "very low" evidence for the effectiveness of "puberty blockers" and cross-sex hormones.

The Biden administration will have 60 days to decide whether to appeal the court's ruling.