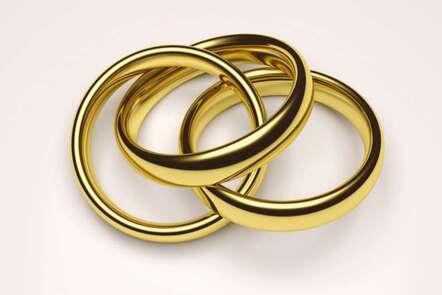 Home to Harvard University, Cambridge is the second city in the state, after its neighbor Somerville, legally to recognize polyamory.

During a March 8 meeting, the Cambridge city council voted to redefine “domestic partnerships,”
which previously had been defined as two unmarried people living together.

The new definition broadens the definition to “two or more persons” not related by blood who “are in a relationship of mutual support, caring and commitment and intend to remain in such a relationship” and “consider themselves to be a family.”

Somerville, which borders Cambridge, broadened its definition of domestic partnership to include polyamorous relationships during July 2020, the first in the nation to do so. Both cities are close to Boston.

Catholic scholars, including Professor Robert George of Princeton University, have said in recent years that redefining marriage could lead to a collapse of the term altogether, with people questioning why marriage requires exclusivity, permanence, and sexual fidelity. George has also noted that in a society that has rejected the idea of sexual complementarity, there is no rational basis for rejecting polyamory.

Ryan Anderson, currently president of the Ethics and Public Policy Center, told CNA last year that he was not surprised by the latest efforts to redefine marriage to include multiple people.

“Of course it was never going to stop with same-sex couples,” Anderson told CNA. “Once you redefine marriage to eliminate the male-female component, what principle requires monogamy?”

The former cultural norm of marriage between one man and one woman, Anderson said, “was that only one man and one woman could unite as one flesh as husband and wife in the very same act that could produce new life,
and then connect that new life with his or her own mother and father.”

“Once the law and culture says the male-female aspect of marriage violates justice and equality, we haven’t ‘expanded’ marriage, we’ve fundamentally redefined what it is. And those redefinitions have no principled stopping point,” he said.

The Cambridge legal change was drafted with the help of the Polyamory Legal Advocacy Coalition. The group is an outgrowth of the Harvard Law School LGBTQ+ Advocacy Clinic and is supported by the American Psychological Association.
CNA
https://www.catholicnewsagency.com/news/second-massachusetts-city-to-recognize-polyamorous-relationships-24552?utm_campaign=CNA%20Daily&utm_medium=email&_hsmi=117015423&_hsenc=p2ANqtz-9izZqNiB78ZU1s4gVGnhyt1tsSSJGECWRrjgYOSMSaKgGgfg3aL3aL_mMZEj-gc5JlSwkY8HKdYEpEpq5LgdfyI7yOJFTemCNK7Uzf1ZTml_Em42k&utm_content=117015423&utm_source=hs_email
UP