Senator to USCIRF: Canada Needs to Be Put On Watch List for Religious Freedom 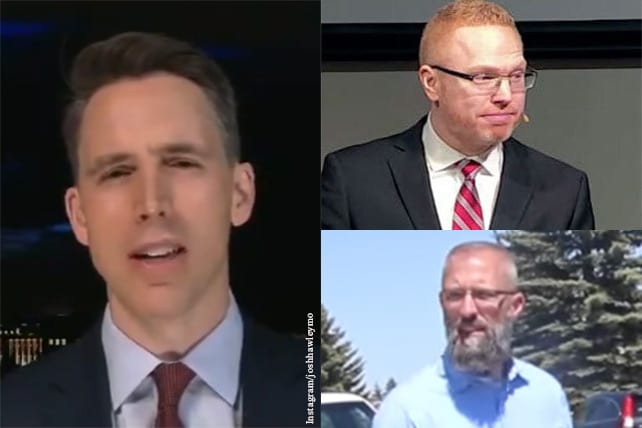 Missouri’s Republican Senator Josh Hawley made news last week when he made a plea to the U.S. Commission on International Religious Freedom (USCIRF) to consider placing Canada on the Watch List because of its ongoing, strict COVID-19 lockdowns that have resulted in pastor arrests and seizures of church property.

Sen. Hawley: ‘Freedom Is in Peril’
Last year the senator urged the Department of Justice to bring federal lawsuits against states infringing upon the rights of people to worship. Citing last year’s suggestion, he wrote, “Now I am writing to express my deep concern that this freedom
is in peril across our nation’s northern border.”

Sen. Hawley mentioned Canadian pastors James Coates, who spent 35 days in jail for refusing to restrict the number of church members during worship services, and Tim Stephens, who is currently in jail for the second time after holding an outdoor worship service that was witnessed by police helicopter. Grace Community Church, where pastor Coates serves, was seized because the church refused to stop holding worship services. The building was scheduled to be returned to them on July 1, 2021,
because Alberta started lifting COVID-19 rules and restrictions on that date.

“I am troubled that our Canadian neighbors are effectively being forced to gather in secret, undisclosed locations to exercise their basic freedom to worship,” Sen. Hawley said. “The Canadian Charter of Rights and Freedoms states that “[e]veryone has the following fundamental freedoms,” which include the “freedom of conscience and religion.” The arrests and actions taken to enforce overly burdensome and unjustified orders, however, do not seem to live up to this praiseworthy statement. Frankly, I would expect this sort of religious crackdown in Communist China, not in a prominent Western nation like Canada.”

Missouri’s senator failed to mention the other notable pastor who has made news, Polish-Canadian Pastor Artur Pawlowski, who was handcuffed and literally dragged off to jail along with his brother for “organizing an illegal in-person gathering.”

Pastor Coates’ wife, Erin, posted an image of Sen. Hawley’s letter and wrote, “Guys this is AMAZING! Pastor Tim’s brother working hard to release Tim and get the word out. Saints keep praying!! Thank you @senatorhawley for being a voice for us when so many of is feel silenced! Canadians, send this letter to our governing authorities- @jkenney @tylershandro MP’s, MLA’s #freepastortim“

Some Disagree With Sen. Hawley

Calgary’s Rev. Ray Matheson doesn’t believe that during a global pandemic that has killed millions worldwide is the time or place for Christians to disobey the government authorities. He said in an interview, “Our persecuted brothers and sisters in Christ around the world would not call what is happening here persecution.” These pastors should be using their churches to “creatively serve people” instead of fighting government

Rev. Scott Sharman shared his thoughts with a local paper: “People’s religious freedoms have been spoken to and protected, but also the faiths that are being protected [must] sometimes put their talk of rights aside when it’s to the benefits of others.”